De Blasio: 'Not time' to open NYC beaches; health care should be more accessible for all 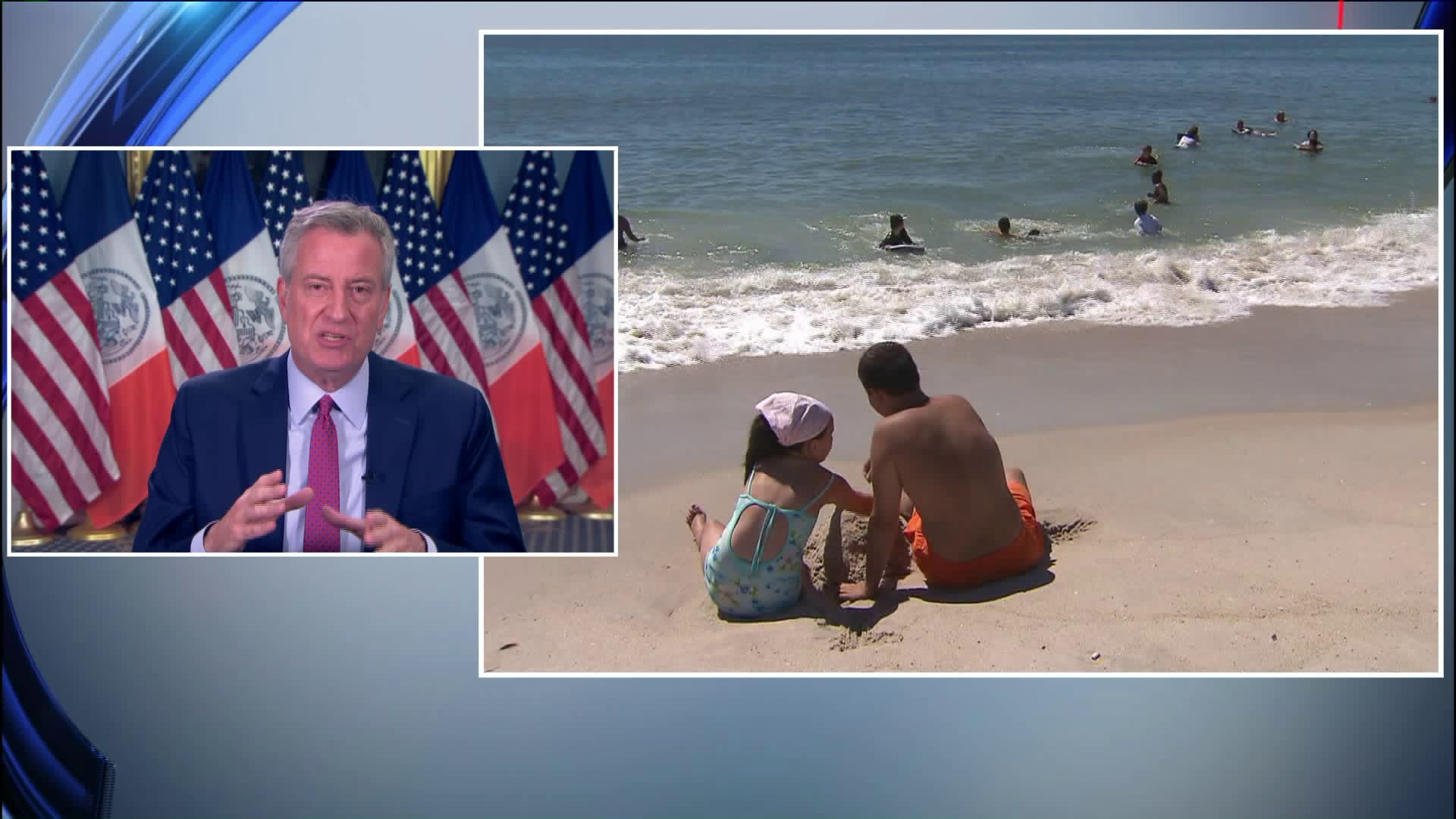 New York City could be back in business soon, but not in time for Memorial Day weekend. Mayor Bill de Blasio spoke about his decision not to open city beaches, what could be done to help the city’s hardest-hit areas and what’s going to happen with the Macy’s Fourth of July fireworks celebration.

NEW YORK — Although New York City has seen steady progress in its battle with COVID-19, Mayor Bill de Blasio said the city is not ready to reopen.

“We’re not going to allow a boomerang,” the mayor told PIX11 Morning News as he discussed the reopening metrics city officials have been closely monitoring.

The mayor predicted NYC could perhaps start its reopening process in the first half of June.

With NYC being the epicenter of the virus, the mayor said “it’s just not time” to reopen NYC beaches despite surrounding areas reopening beaches for Memorial Day weekend.

County officials on Long Island are working to stop out-of-town residents from flocking to Nassau and Suffolk's shores, which will be restricted to 50% capacity, per Gov. Andrew Cuomo, who announced last week that state and local beaches could begin to reopen for the holiday.

However, de Blasio said people can walk on city beaches and if they want to sit and sunbathe, it is allowed.

“If people simply walk on the beach, sit on the beach, and stay socially distant, fine. But if it starts to seem like a typical summer beach scene, that’s what we can’t allow,” he said.

Swimming, sports activities and large gatherings at the beach are not allowed.

De Blasio also discussed the communities hit hardest by the virus and said moving forward, more testing needs to be available in these areas. He said he wants to make sure more health care opportunities are easily available to everyone, no matter their income.

Nine of the city's top-10 zip codes with the highest coronavirus case rates are located in Queens and the Bronx, according to Health Department data released Monday.

The mayor said earlier testing could have helped the city, particularly these areas, fight the virus.

New York City has seen over 191,000 confirmed cases of the novel coronavirus and has reported nearly 23,000 deaths.