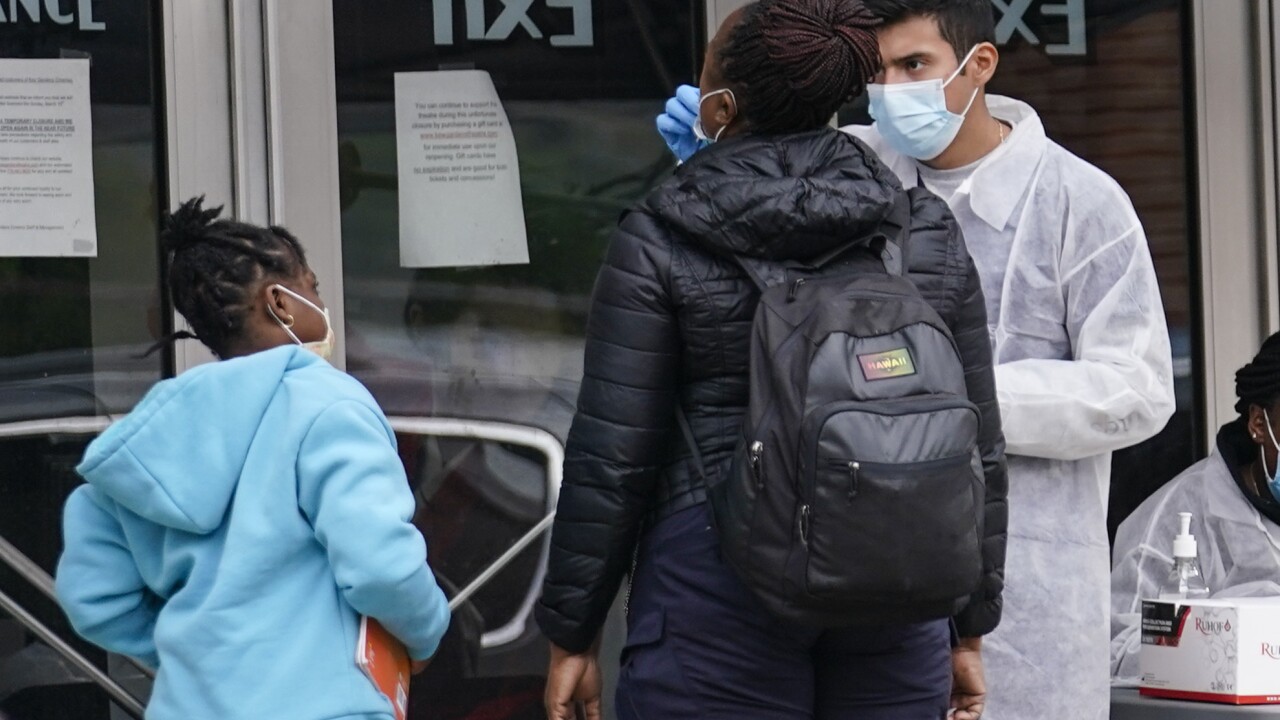 NEW YORK — Mayor Bill de Blasio expressed concern over the possibility of a second wave as New York City continues to fight the spread of COVID-19.

The mayor was asked during his Thursday briefing if he was concerned about Gov. Andrew Cuomo’s threat to withhold state funding from local governments and schools within"cluster zones" if they do not enforce and comply with New York's new temporary "red-zone" restrictions.

He told reporters he is used to “a lot of bluster” from Albany and Washington and is not playing games or focusing on threats, but rather is focusing on preventing a second wave.

“Here, we have a job to do. The job is to protect New Yorkers. That’s what I'm focused on everyday, and I am deeply concerned that there is a threat here of a second wave. My job is to prevent the second wave,” de Blasio said.

The mayor also acknowledged outreach, education and enforcement efforts in the city are “very real” and “very tangible” and they are “having a very big impact” on fighting the spread of the virus.

The city has seen a “leveling off” of cases in cluster areas and attributed that to people complying and working with the city, de Blasio added, “Let’s honor and respect them and stop these other games,” he said.

The state's "cluster-zone" regulations have been in place since Oct. 8.