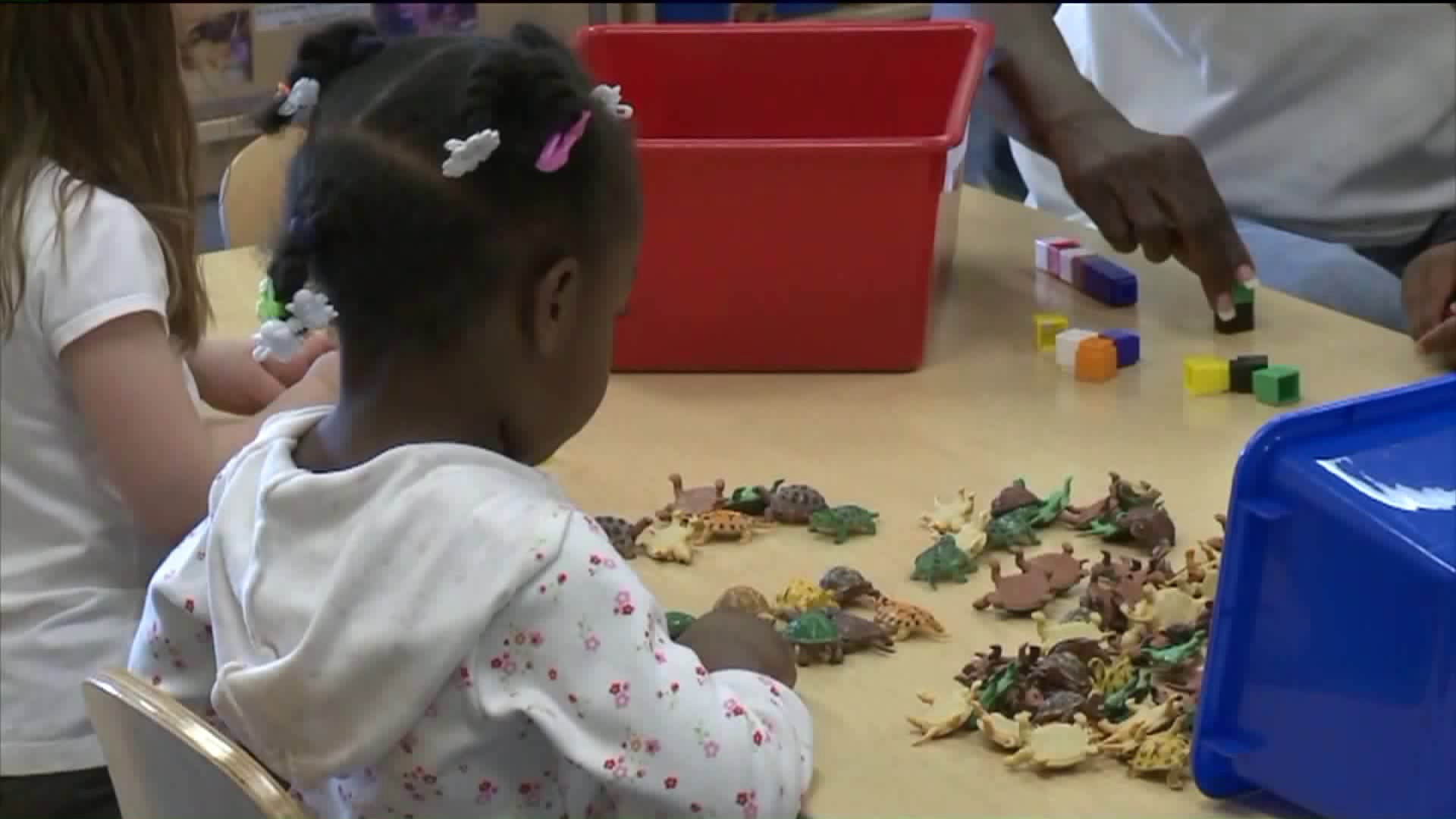 Day care are losing money and enrollment, and parents are scrambling to find care for their children.

NEW YORK — As New York gets ready to enter Phase 3 of reopening and more people get ready to head back to work, parents are scrambling to figure out what they're going to do with their children, as day cares remain closed.

Meanwhile, day care owners said they're not sure how much longer they'll be able to survive without help. Juliana Pinto McKeen runs the Honeybirds Playschool in Bed-Stuy and has started to feel the impact on her enrollment.

"I was fully enrolled for the fall for a while, and then about three weeks ago families started dropping out," McKeen said.

Thursday night, she needed the support of her fellow daycare operators as they try to figure out how much longer they can survive.

Wendy Cole is the executive director of Maple Street School, where they normally serve 111 kids on a daily basis.

But she said, besides corporate chains, it doesn't matter how big the daycare is — time is running out.

Even before the pandemic, the country was millions of seats short for childcare, and according to a recent report by the Center for American Progress, 50% of the existing seats will be lost without major help from the government.

Andre Farrell owns The Katmint Learning Center and has already been forced to close two of his three locations.

He's tried to open his doors for the children of his families with essential workers, but the Department of Health tells him they don't have anyone to send for a site survey: the last step he would need to clear the hurdle.

Now, he's worried his businesses won't make it through July.

"Our teachers have been trained. We've done COVID trainings, we've met with professionals. We've submitted our paperwork and safety plans to the Department of Health. So we're ready to go," Farrell said. "Parents are ready to come back to school, we've done survey's just as the DOE did."

Daycare operators throughout the city say they're just not getting any guidance from the Department of Health or the Mayor's office. That anxiety is starting to trickle down to nervous parents getting ready to return to work.

Eva Ruiz runs Mi Casita Bilingual Preschool and said she's trying to give parents peace of mind and share what little information she has.

"Trying to convince them that of course we're going to open because my entire life savings went into this," Ruiz said. "There's no way I'm closing. At this point, closing is not an option for me."

Gov. Andrew Cuomo has announced $65 million in funding for early childhood education programs, but $45 million is set aside for expanding classrooms or adding new programs.

The other $20 million is set aside for supplies and materials like partitions and PPE, but some of the grants will reportedly be as little as few hundred dollars.

In Washington, lawmakers have introduced the Childcare for Economic Recovery Act in the house. The bill would raise federal childcare funding from $2.9 billion to $10 billion a year over the next five years. It would also deem child care workers essential.

Even if it makes it out of the House of Representatives, the Senate has taken a wait-and-see approach when it comes to another round of stimulus funding.

"We need the support of the government," Cole said.

Otherwise they likely won't be there when the pandemic is over and parents are called back to work.

We reached out to the city and state Departments of Health for this story. The state DOH did not respond. The city DOH referred us to the mayor's office and we're still waiting to hear back.