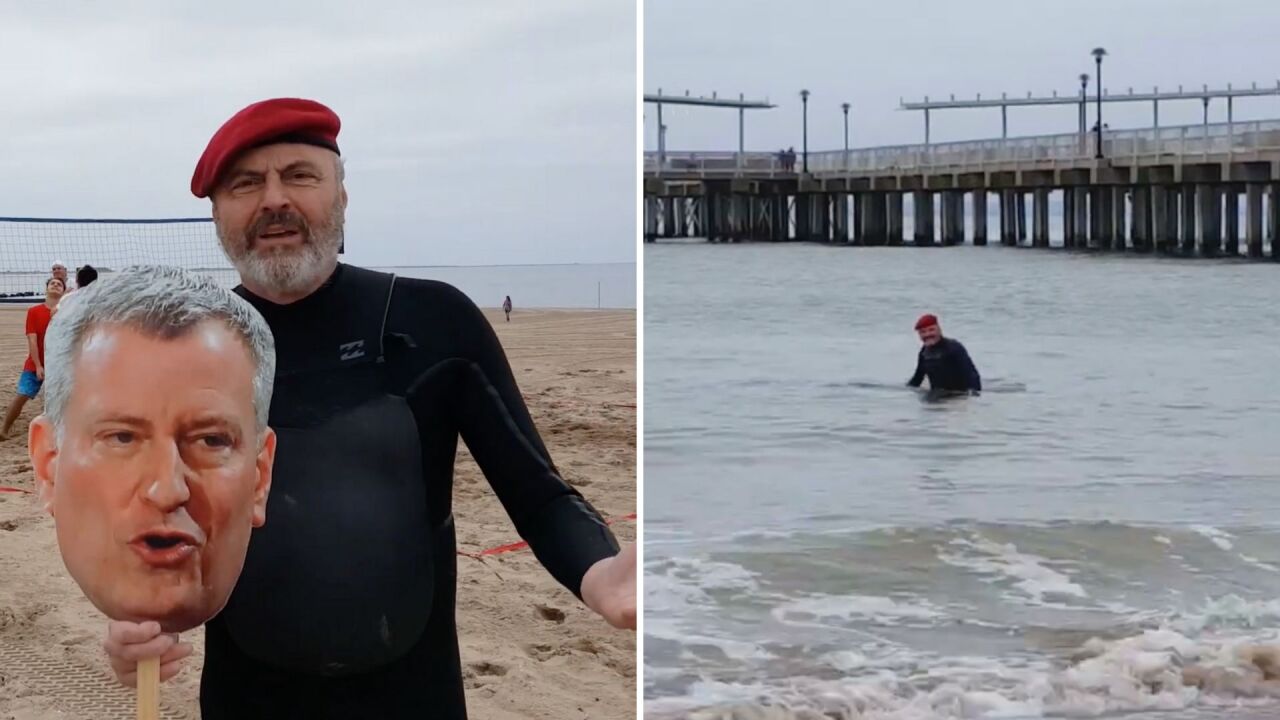 A crowd cheered Sliwa on as several city Parks Department officers tried to order the Guardian Angels founder and New York mayoral candidate out of the surf Sunday.

Sliwa told the New York Post he was making the point that it's unfair people can swim in Long Island and at the Jersey Shore, but not at Coney Island.

De Blasio last week threatened summonses for violators of his no-swim order aimed at keeping the coronavirus under control.

The mayor's beach restrictions come as Gov. Andrew Cuomo allowed state-run and local New York beaches to open for the holiday weekend, like those on Long Island.