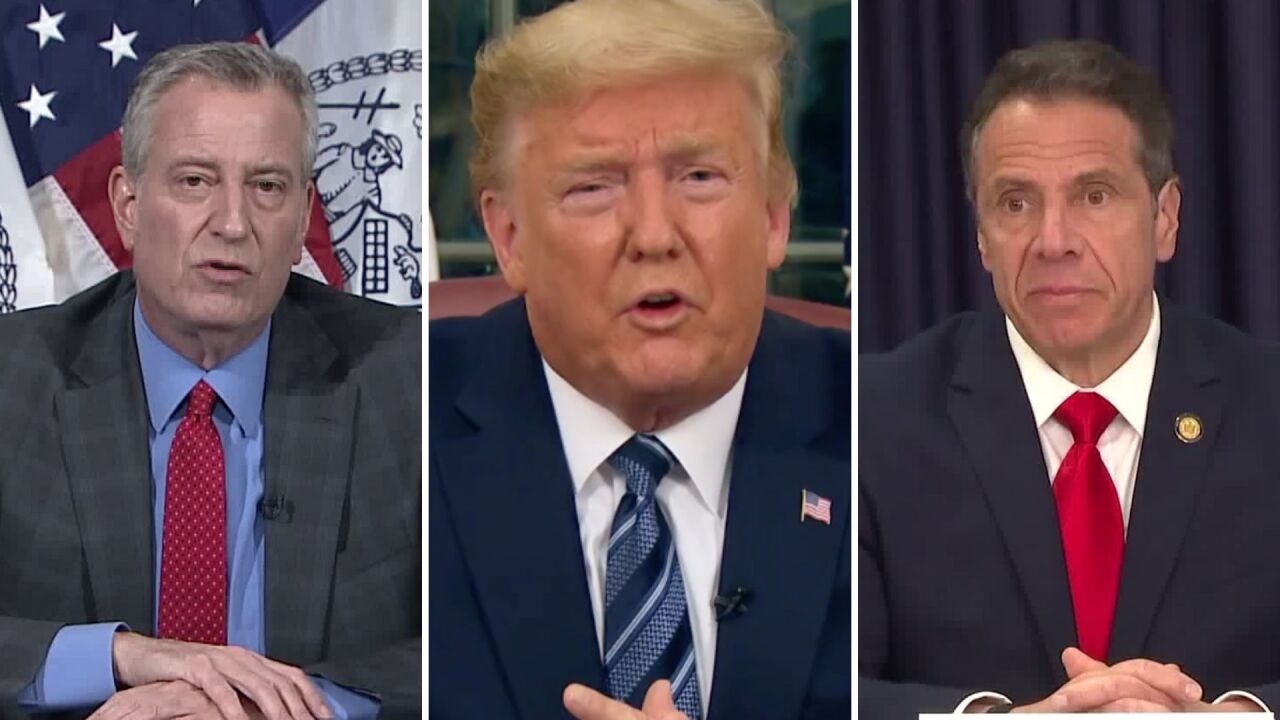 In an interview with the New York Post, Trump said it would be unfair to Republicans if Congress passed coronavirus "bailouts" for states because he said the states that would mostly benefit from that funding Democrat-run.

Both de Blasio and Cuomo blasted Trump for his comments on bailouts being unfair to Republican states. De Blasio argued the president was “pitting Americans against Americans” while Cuomo said America isn’t a debate between blue or red, it’s “red, white and blue.”

Mayor de Blasio began his briefing by calling out the president for not helping his home state.

“President of the United States, a former New Yorker, who seems to enjoy stabbing his hometown in the back, talking about no bailout for New York,” De Blasio said.

“What kind of human being sees the suffering here and decides that people in New York City don’t deserve help.”

De Blasio continued, comparing Trump to former President Herbert Hoover “the president who ignored the Great Depression, who didn't care to put America back on its feet, who has been now remembered in history as someone who failed at the most basic responsibility which is to protect the people he serves.”

“President Trump wasn’t there for us when we needed the testing to stop this horrible disease and now he’s talking about not helping us in our hour of need.”

Meanwhile Gov. Cuomo said Washington hasn’t provided aid to state and local governments. “If you starve the states, how do you expect the states to be able to fund this entire reopening program.”

Regarding Trump’s comments, Cuomo said “this isn’t a blue state issue.” “Every state has coronavirus cases, and it’s not just Democratic states” that have economic problems.

Cuomo also noted that the federal government was not giving New York any money “for years.” “Everything they were doing was negative to New York.”

The governor also called out the federal government for shortchanging New York, arguing Democratic states have put in more money than the Republican states.

“The Democratic states have been supporting them for years.”

Trump tweeted Tuesday afternoon, calling out the Democrats and their “fake news partners” for “ripping us down” instead of being proud of the country.