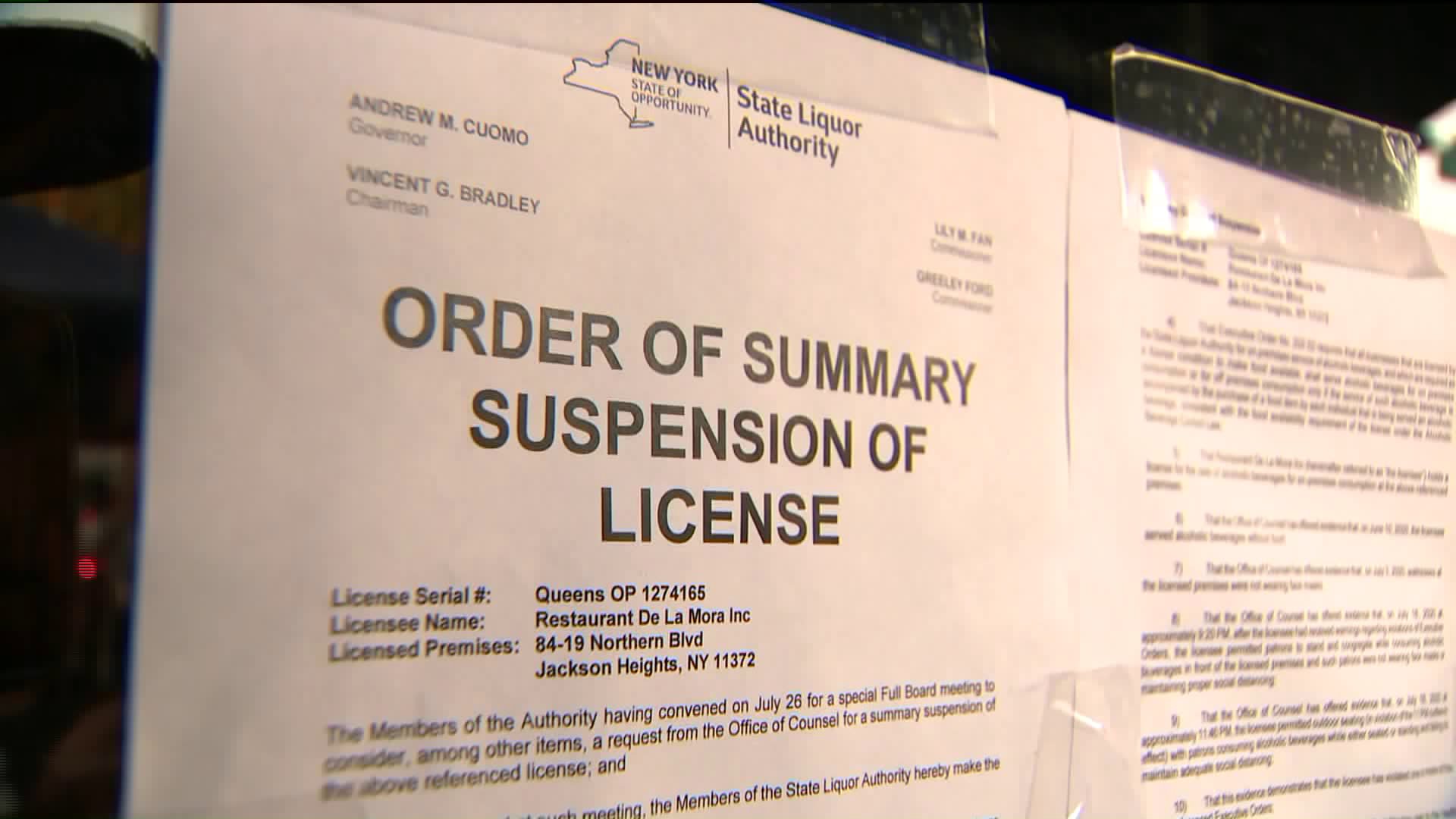 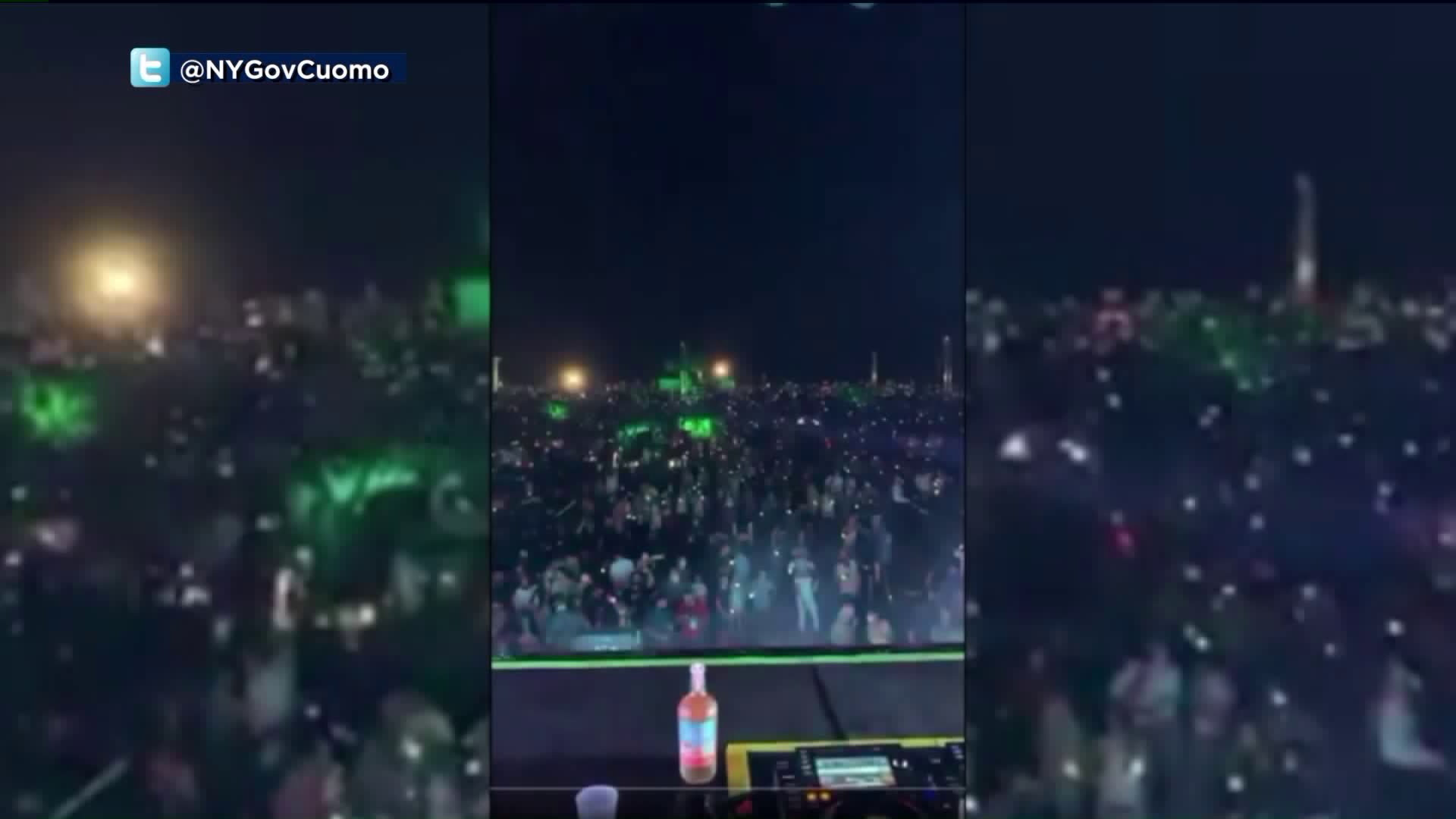 NEW YORK — New York State has continued to crack down on large gatherings.

All 12 new establishments that have been stripped of their liquor license are in Queens, 7 of them in Jackson Heights. We found two, Rubirosa bar and El Paisa Cafe, closed tonight.

"When we talk about local compliance efforts and local government efforts, obviously we have more to do there," Cuomo said.

But the group "Hospitality Cares" said these businesses are being punished for things they can't control.

"We cannot leave our establishment, walk 100 feet away and tell people that they need to wear a mask, that they need to socially distance. Because that's not their job," Hospitality Care's Fernando Mateo said.

The businesses have been cited for large gatherings outside while people in those large groups consuming beverages. Other violations include not abiding by social distancing protocols and staffers not wearing face coverings.

Businesses found in violation of COVID-19 regulations could also face fines of up to $10,000 per violation.

From New York City to the East End of Long Island, the state Department of Health is investigating a Chainsmokers concert held in Southampton Saturday night.

It was billed as a drive-in fundraiser, but video showed people out of their cars and dancing near the stage.

Southampton Town Supervisor Jay Schneiderman said Tuesday, "At some point in the event, toward the end, it appears organizers allowed people to congregate in front of the stage. That was not part of the permit. We would never have allowed that. We are investigating the matter."

However, event organizers said they followed all health and safety protocols.

The promoters, In the Know Experiences and Invisible Noise, said in a statement, "The criticism based on a two second video does not accurately depict the entire event. The video is misleading based on the angle and the lighting in which it was shot."

Schneiderman said violations will be issued. Cuomo said there could be a civil and criminal penalties.