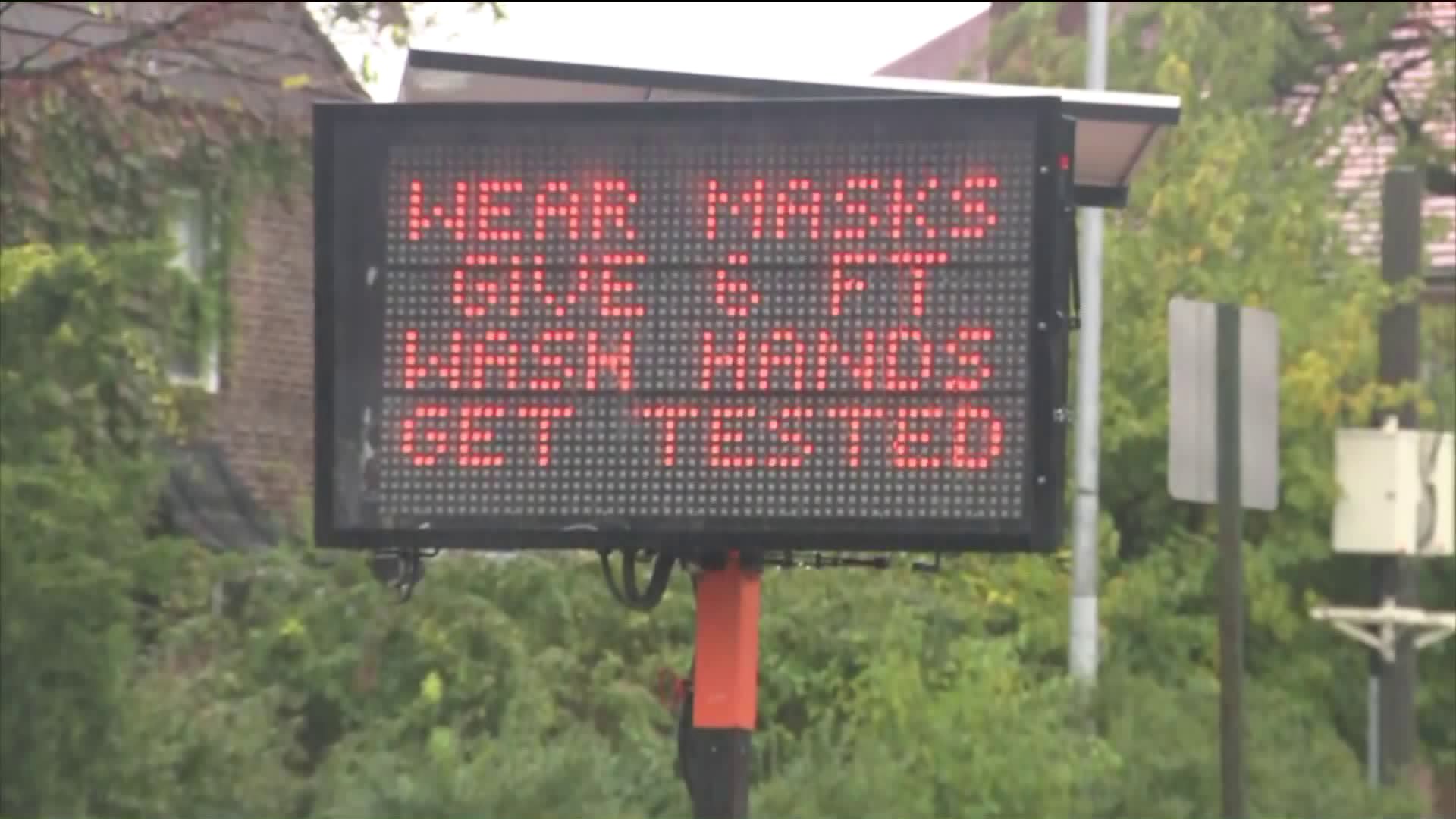 They're called COVID hot zones — areas in New York state where the rates of infection are so high that Gov. Andrew Cuomo ordered a significant reduction in social activity there. Friday marked the end of the second week that the COVID cluster zones have been clamped down, and test results show a situation that's improving.

They're called COVID hot zones — areas in New York state where the rates of infection are so high that Gov. Andrew Cuomo ordered a significant reduction in social activity there.

Friday marked the end of the second week that the COVID cluster zones have been clamped down and test results show a situation that's improving. Whether or not that can result in the cluster zones reopening is still an open question.

Still, on Friday, Mayor Bill de Blasio said that a reopening may be on the horizon.

"When you composite all of it, we're a lot better off than a week ago," the mayor said during a call-in appearance on the Brian Lehrer Show on WNYC radio.

The cluster zones have COVID-19 infection rates as much as five times the level considered safe to prevent viral spread, according to state and city health officials. Three of those zones are in New York City — centered around Kew Gardens Hills, and Far Rockaway, in Queens; and Borough Park, in Brooklyn.

There are also cluster zones in the New York City suburbs, centered around New Square in Rockland County and Kiryas Joel in Orange County.

In the New York City cluster zones, Mayor de Blasio said, numbers of cases are declining. That could result in a change from the clampdown. It requires schools to be closed to in-person learning, closures of non-essential businesses and houses of worship being limited to 10 people or fewer.

However, with the reductions in numbers, said the mayor, "Hopefully, you know, there is a chance to get out of these restrictions as early as... the latter part of next week. That's my goal."

It's Gov. Cuomo, however, who would makes the final call on that. He has not given a target date for a lifting of restrictions. reopening estimate, saying instead that state health officials will help him determine that.

Those health officials, meanwhile, were required on Friday to submit to the CDC a plan outlining how it will distribute a coronavirus vaccine once it's available. Every state was required to do so today and had been given just 30 days by the Trump administration to do so.

Claire Hannan, executive director of the Association of Immunization Managers, said that each state's health leaders was capable and that what they're filing are likely to be preliminary proposals that are being further developed in anticipation of an eventual vaccine rollout.

"It's not enough to just discuss how we're going to do it," said Hannan in a Zoom interview. "It's really important to have that playbook, to have those plans in writing, to have that framework ready to go, so that when the vaccine is available, we can get it into people's arms."