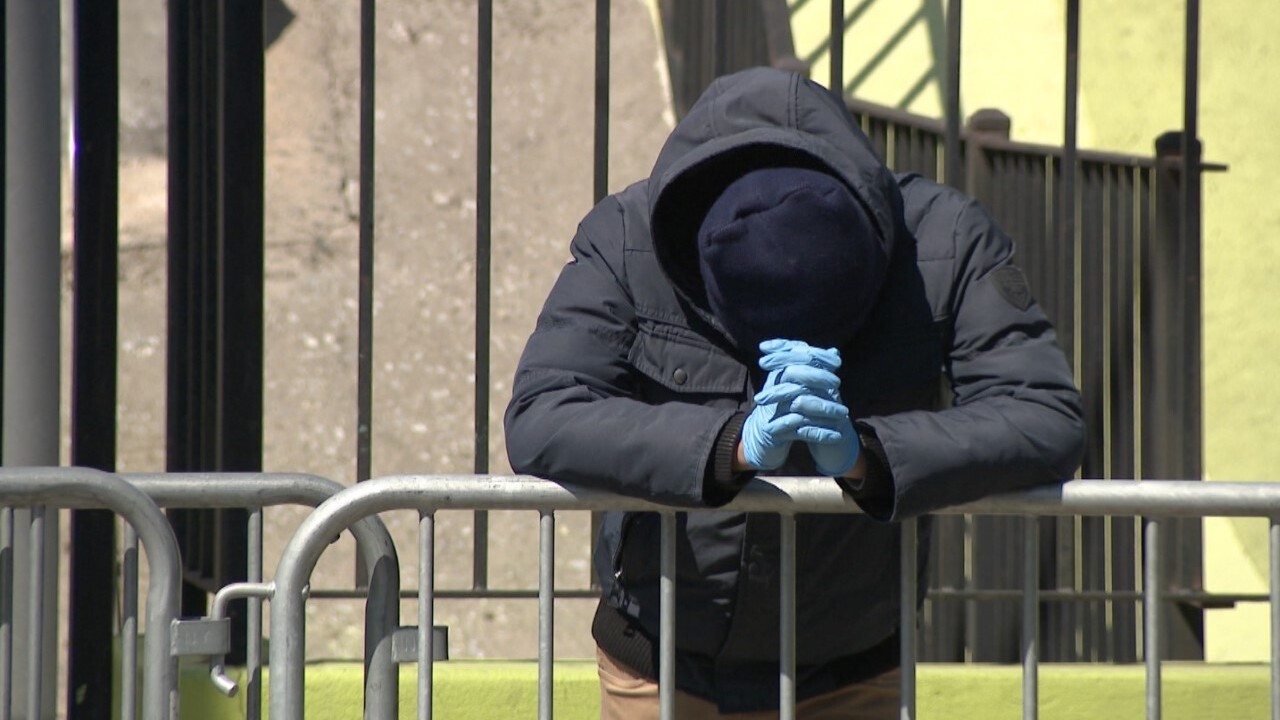 Darren McQuade for PIX11 News
Man outside a New York City hospital amid the COVID-19 outbreak.

NEW YORK — New York Gov. Andrew Cuomo says the impact of the coronavirus pandemic on his state's economy could be worse than the fallout from the terrorist attacks at the World Trade Center on Sept. 11, 2001.

"So many of these things we've never seen before," Cuomo said Thursday. "We have never seen the financial devastation done to the state budget the way it has happened here."

"In my lifetime, we go back to 9/11 which was the catastrophic event. This is more devastating to the New York economy by far."

Cuomo pointed out that, while the destruction of the World Trade Center and loss of life was impactful, the hit the economy took was less.

"Remember, 9/11 in retrospect was catastrophic emotionally and physically and culturally. It gave us a sense of vulnerability we never had before. But on the pure numbers for the economy, this has been more devastating."

Cuomo cited unemployment benefit applications among other impacts the pandemic is having on state finances. He mentioned that usually there are about 1,000 people applying for claims. Now, the state has 1,000 people just to process all of the claims.

There have been a total of 800,000 new unemployment claims in the past three weeks. The state has been asking the federal government for assistance.

"Those numbers are trending more toward the middle of that right now," he added.

As of Thursday, 7,067 people have died from coronavirus in New York.