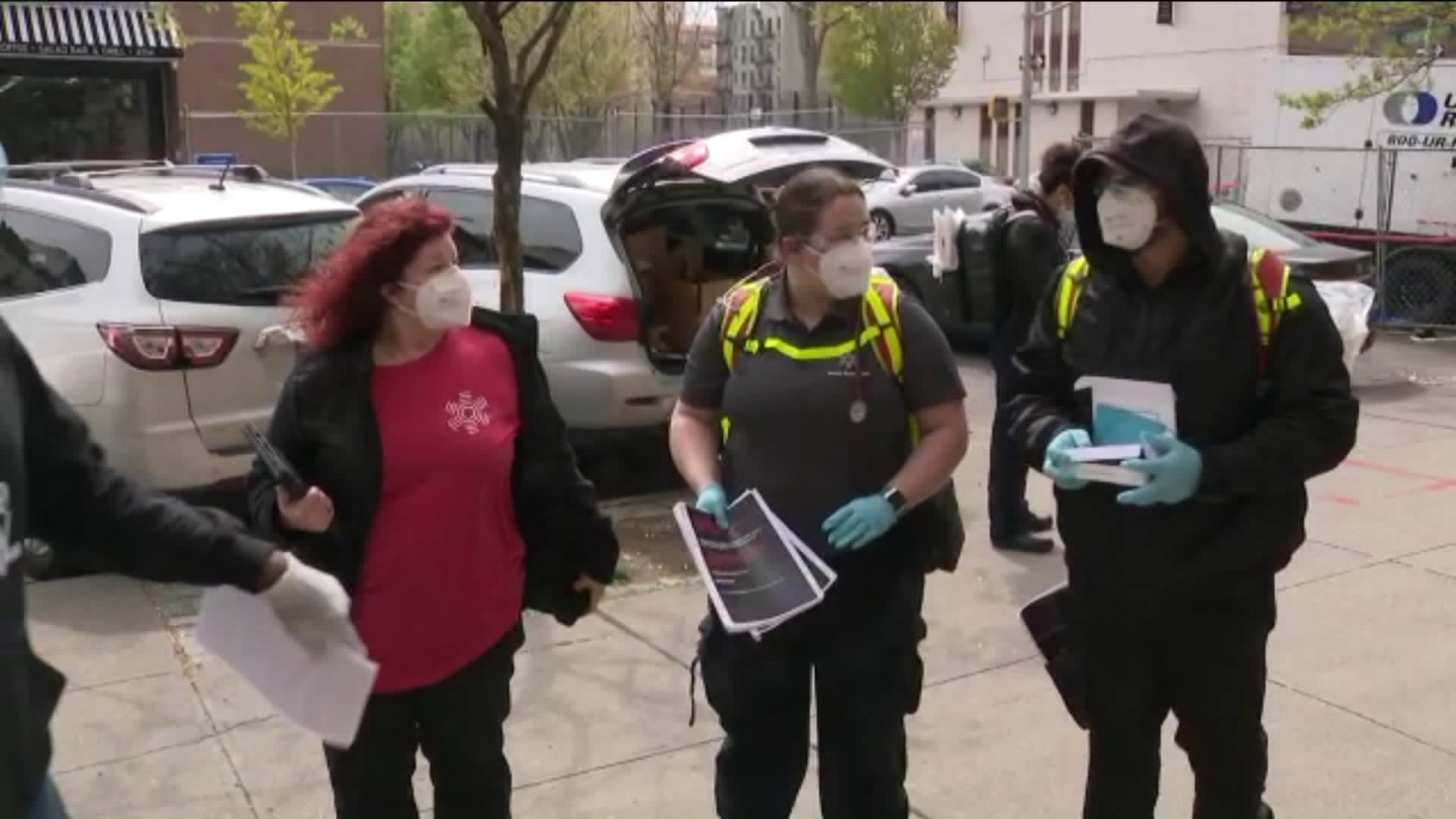 New York City public housing is getting help from the state in the war against COVID-19. 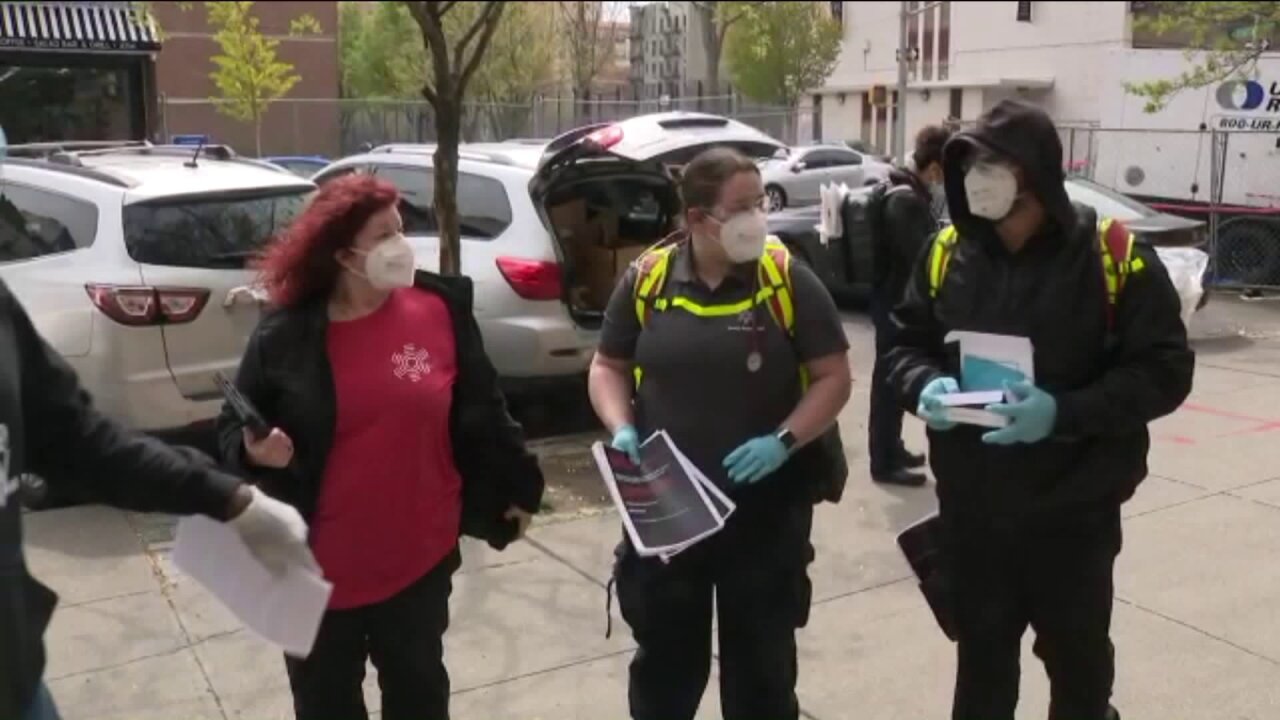 THE BRONX — New York City public housing is getting help from the state in the war against COVID-19.

Eight NYCHA developments will be getting masks, hand sanitizer and testing in a new pilot program launching city-wide this week.

Gov. Cuomo announced Monday the state would be distributing half a million masks in NYCHA developments.

“We will be knocking on your door,” said Daniel Barber, the president of city-wide Council Of Presidents.

PIX11 News was there when a home healthcare provider called Ready Responders, partnered with the state, was gearing up to go inside the Jackson Houses in the Bronx Tuesday morning.

“It’s a partnership with Gov. Cuomo. We are making the rounds right now. You can see state teams they are going door to door and it will save lives,” said Assemblymember Michael Blake, knocking on doors with the team inside the Jackson Houses.

Blake invited PIX11 News to go with him door-to-door and says It’s free testing and available whether you have health insurance or not.

Testing will begin this week at the Edenwald Houses and Highbridge Gardens in the Bronx, as well as in Brooklyn at the Breevort Houses and at the Hammel Houses and Red Fern Houses in queens.

A spokesperson for the mayor's office tweeted Monday, before the governors announcement, saying the city would also be “launching a new testing pilot at a NYCHA Queens community center.”

The Queensbridge Houses in Long Island City and the Washington Houses in East Harlem are getting testing later this week.

“It’s important to start this as soon as possible we will have it up this next week,” said Rodriguez.

"NYCHA is grateful to Governor Andrew Cuomo, Mayor Bill de Blasio, and all of our federal, state and local partners for prioritizing and shining a light on NYCHA residents and all low-income communities, during the COVID-19 crisis," said NYCHA CEO Greg Russ in a statement. "The health and safety of our residents is our first priority. We are grateful for this partnership, and we will continue to connect NYCHA residents to meal programs, wellness, health/mental health services, rent hardship programs, and now, thankfully, the crucial testing all New Yorkers need to overcome this pandemic."