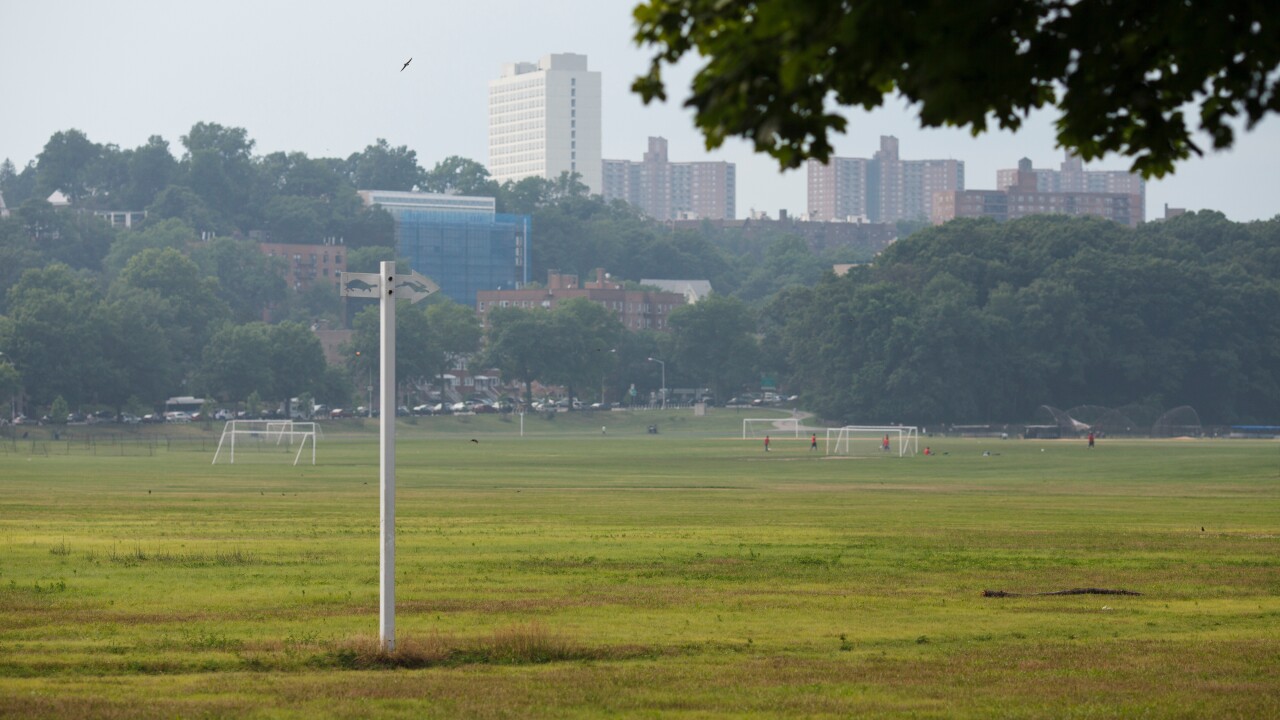 (Copyright 2020 The Associated Press. All rights reserved. This material may not be published, broadcast, rewritten or redistributed.)
Jonathan Elderfield/AP
This July 7, 2016 photo shows the main flats area at Van Cortlandt Park, featuring soccer fields in the Bronx borough of New York. Van Cortlandt is New York City’s third-largest park, at over 1,000 acres, and its cross-country trails have been attracting runners for more than a century.

RIVERDALE, the Bronx — The Bronx's Van Cortlandt Park, one of New York City's largest parks, will be the site of a new field hospital amid the city's coronavirus crisis.

The 200-bed field hospital will be spread across 12 acres and located at the park's Parade Ground, which many runners in the area may know as "the flats."

According to The Riverdale Press, FEMA confirmed that this field hospital is planning to accept patients who test positive for the novel coronavirus.

Neither the Javits Center site nor the U.S. Navy Comfort medical ship that arrived in NYC last week were initially planned to treat COVID-19 patients, but have since both either reversed that decision or considered it.

Cohen said the temporary medical site is expected to be up and running within three weeks.

"Proud the #Bronx will support New York's #COVID19 response and our historic park will provide critical relief for our City's hospitals during this moment of need," Cohen tweeted Sunday.

The news comes just a week or so after Gov. Andrew Cuomo announced plans to open federally run field hospitals across the five boroughs in an effort to relieve strain off the city's hospital system, already stretched thin by the pandemic.

NYC has become the epicenter of the country's COVID-19 outbreak, with over 67,500 cases as of Sunday, and a sobering death toll thus far of 2,624 due to the coronavirus.

Proud the #Bronx will support New York's #COVID19 response and our historic park will provide critical relief for our City's hospitals during this moment of need.