Coronavirus propels nonprofit toward goal of ending homelessness in Newark 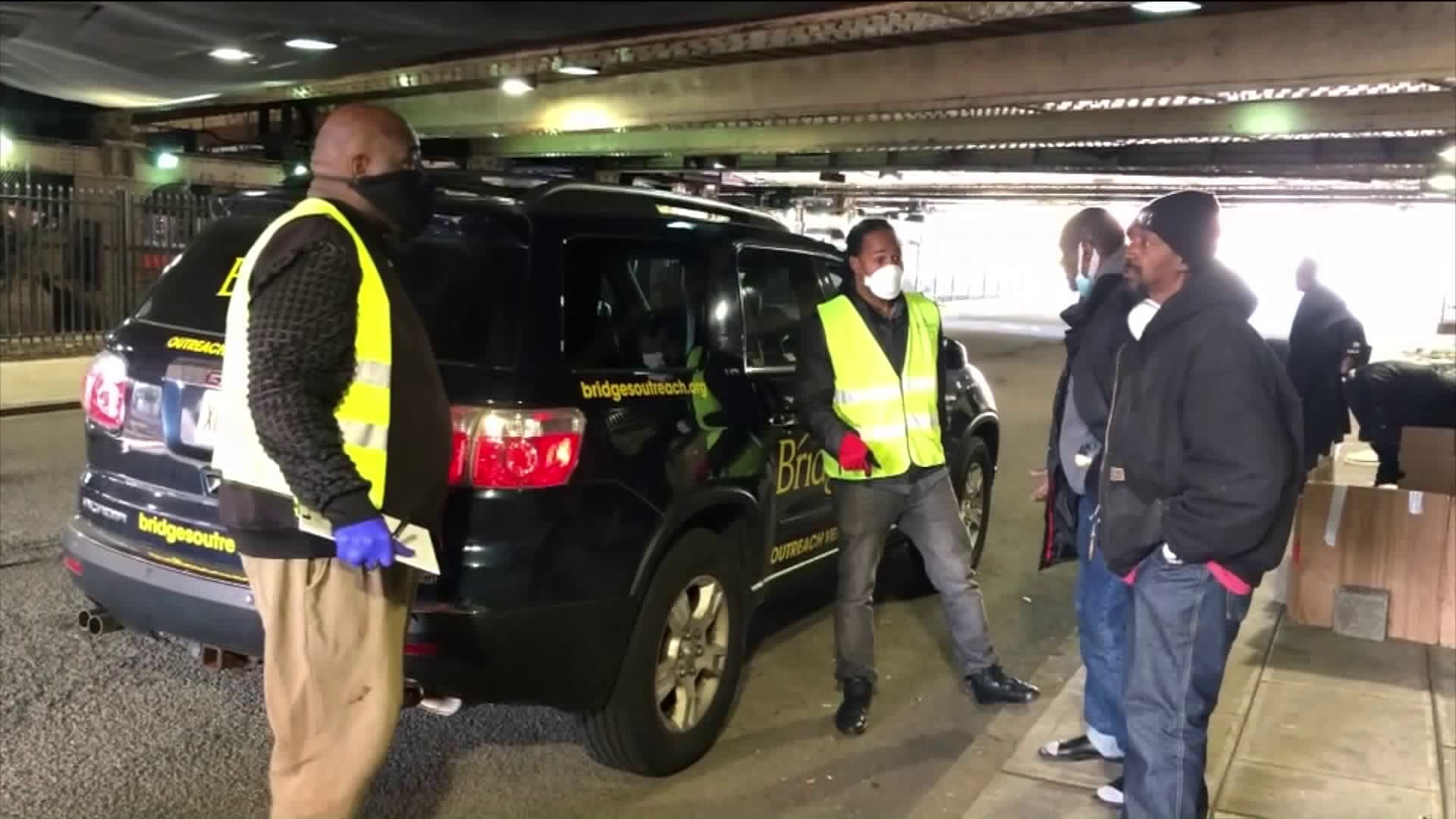 Coronavirus propelled this nonprofit toward the goal of ending homelessness in Newark .

NEWARK — In the face of rising need and public services increasingly in jeopardy, one nonprofit working to end homelessness said now may be the moment to make their mission a reality.

Bridges has deployed all resources to Newark, where teams are trying to get as many homeless as possible into individual hotel rooms. The city has broadened their shelter program to include hotels amid the pandemic.

They give them a mask, gloves and take their temperature.

“We’re getting them off the streets so they don't get exposed,” said Sharif Amenhotep, a Bridges worker.

The coronavirus crisis has taken this nonprofit’s supplies and volunteers down to zero.

But a new door has also opened to a world where they may be able to permanently help people who were unreachable before.

“A lot of the folks who have been on the streets for many, many years just won’t come inside to a typical shelter,” said Richard J. Uniacke, Executive Director of Bridges. “But to come inside for their own into a hotel room where they’re also going to get 3-meals a day — it gives us a unique opportunity to get more people off the streets than ever before.”

Like many businesses in New Jersey, nonprofits are also feeling the financial strain of this virus. Uniacke says they had to cancel their spring fundraiser. They hired 5 people to help them with work that normally hundreds of volunteers would do. They will be applying to an emergency grant program the city of Newark has made available.