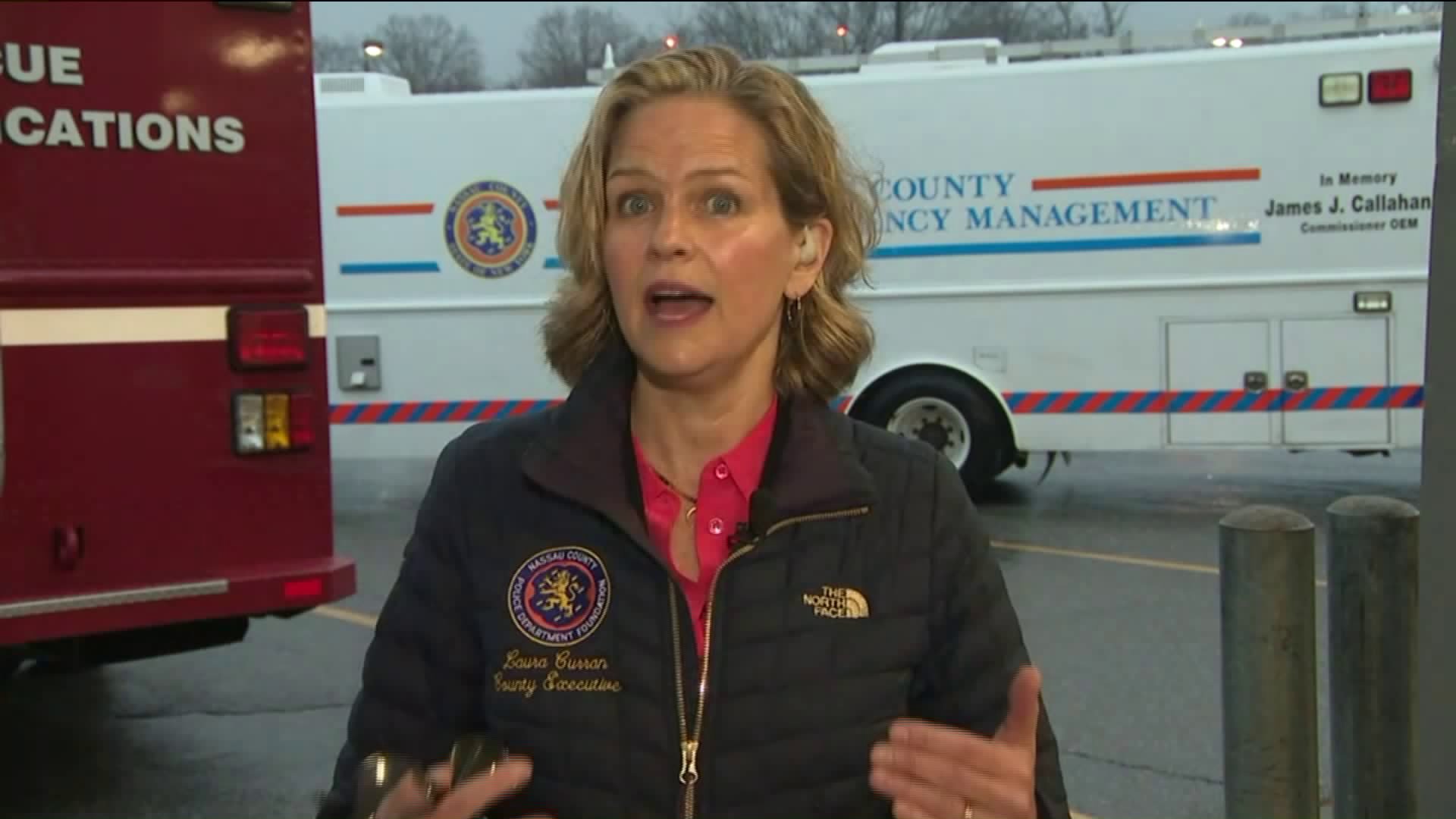 NASSAU COUNTY, L.I. — With at least 61 confirmed cases of the novel coronavirus on Long Island, Nassau County Executive Laura Curran spoke with the PIX11 Morning News Friday to give an update on the outbreak in her community.

Curran said her county's current COVID-19 cases remains at 41 as of Friday morning, with 13 of those hospitalized. Two of those patients, a 57-year-old and 67-year-old, are considered critical, Curran said.

With 31 of the county's cases in Hempstead alone, the executive said she is currently in talks with the state government about a potential containment zone similar to New Rochelle's 1-mile, two-week containment zone that started Thursday.

Curran confirmed the county's very first case was in Hempstead and that the contact investigation found that many people who connected with that first patient also tested positive.

"In the meantime, we have declared an 'imminent threat to public health,' which does two things," Curran said. "It helps us get more resources to deal with this...It helps us limit public gatherings."