Coronavirus may be past peak in NY, but no reason to assume worst is over, say experts 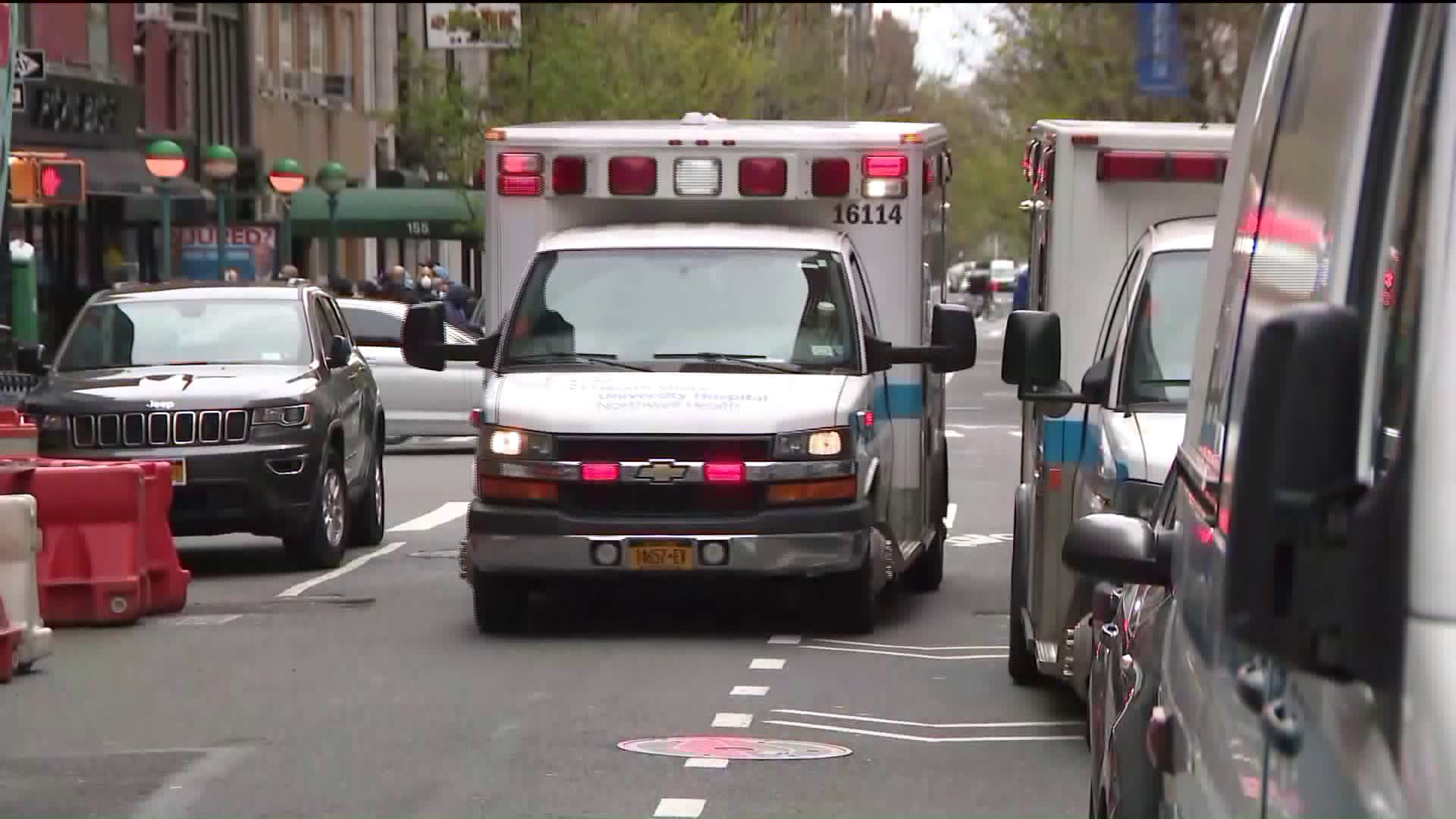 A slow down of hospitalizations doesn't mean it's time to change habits, officials said.

NEW YORK — New York may be past the peak of the coronavirus crisis, and it has apparently plateaued, according to Gov. Andrew Cuomo and his advisers.

Still, they said on Monday, that's no reason for people to assume they can be less vigilant against the disease.

That's in spite of the fact that measures of the virus's spread and impact show a decline. One of those measures was pointed out by New York City Mayor Bill De Blasio at his morning briefing.

It's still a high number, but it's down about 46 percent.

And on Monday, at his daily briefing, Cuomo's information showed a continued downward trend in coronavirus crisis indicators, including hospitalizations, intubations, and newly diagnosed cases.

While presenting the numbers, the governor said, "The question for us [is], are we past the apex?"

He said that indications are that the outbreak has peaked, and may be slowly descending.

Medical doctors dealing with the issue firsthand echoed that assessment.

"We might get to see a whole second wave," cautioned Dr. Dyan Hes, in a FaceTime interview with PIX11 News. "And that's why we're really nervous about reopening up the city too soon, or reopening other cities too soon," continued Dr. Hes, the medical director of Gramercy Pediatrics. "That we might see a second wave of the illness, and this is nowhere near it being over."

She also said that not nearly enough people have been tested to allow state and city governments to know if there's a large enough healthy population to get people back to work and school.

Cuomo said the same thing during his daily briefing. He also responded to a tweet from President Donald Trump that said, in part, that "states, not the federal government, should be doing the testing."

"The president is right," said Cuomo. "Testing is up to the states."

But, added the governor, national manufacturers supply the testing labs, and securing adequate supplies of testing materials has been a steep challenge.

"I want the federal government to help on those supply chain issues," said Gov. Cuomo.