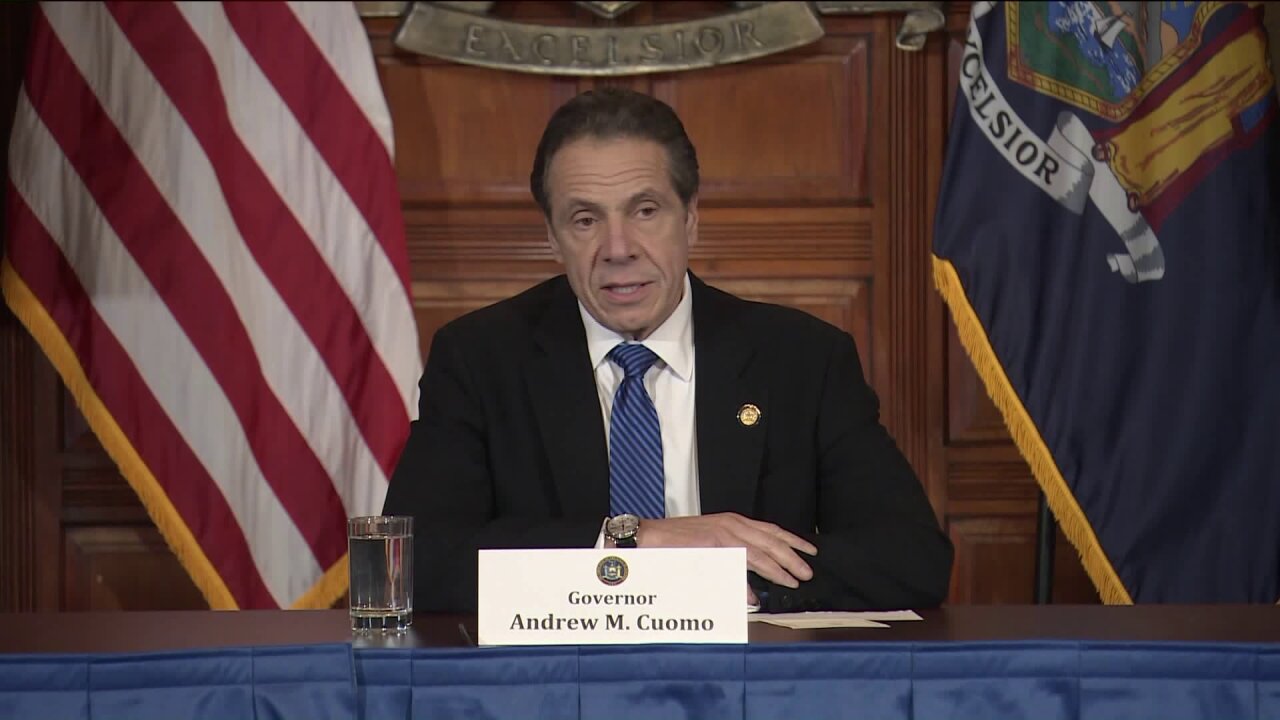 New York now has a total of 173 cases in the state: There are 108 cases in Westchester County, 36 cases in New York City, 19 cases in Nassau County, six cases in Rockland County, two in Saratoga, one in Suffolk County and one in Ulster County, according to Cuomo.

Gov. Cuomo discusses updates on COVID-19. Watch in video below.

Gov. Cuomo announced the National Guard will be deployed to New Rochelle, the area with the largest cluster of confirmed cases.

He also announced that from Mar. 12 to Mar. 25, a "containment area" will be set up for two weeks. Facilities and schools within the area will be closed off as cleaning and disinfecting will be conducted, according to Cuomo.

New Rochelle Public Schools located one mile from the Young Israel synagogue are impacted by the closure according to the school district's superintendent, Dr. Laura Feijoo.

The schools impacted are limited to New Rochelle High School, Albert Leonard Middle School and Ward Elementary schools in the City School District of New Rochelle. Schools are anticipated to reopen on Mar. 26.

"We believe students are safest in schools and are eager to reopen as soon as possible. It is inevitable that one of our students or staff will contract the virus. What is in our control is to be ready, calm, decisive, and responsive to any and all circumstances which may arise. Our PREP Plan, which has led the State through this difficult time, does just that. As always, the CSDNR is fully committed to all of our students. We will continue to update you with prompt and accurate information," Feijoo said in a statement.

She also said reiterated that while students are home, they should not "congregate unnecessarily."

Cuomo noted the period of disruption. "This can't be a political decision. This is a public health decision," he said.

The state will also partner with Northwell Health to deploy a satellite testing facility in New Rochelle.

The New York City Health Department noted that the city has 24 residents who have tested positive for the illness, up from 19 on Monday.

Cuomo reiterated the fact that most people will recover on their own, but “the vulnerable populations should be taking precaution.”

New York had the highest number of COVID-19 cases in the United States as of Monday, but the state is now the second most impacted state as of Tuesday afternoon, with Washington at 179 confirmed cases in the state.

The vast majority of the state’s coronavirus cases are connected to Westchester County, which Cuomo calls a “very intense cluster.”

There are over 116,000 confirmed cases worldwide, with over 4,000 deaths. Over 64,000 people infected with COVID-19 have recovered, according to the Johns Hopkins Center for Systems Science and Engineering.