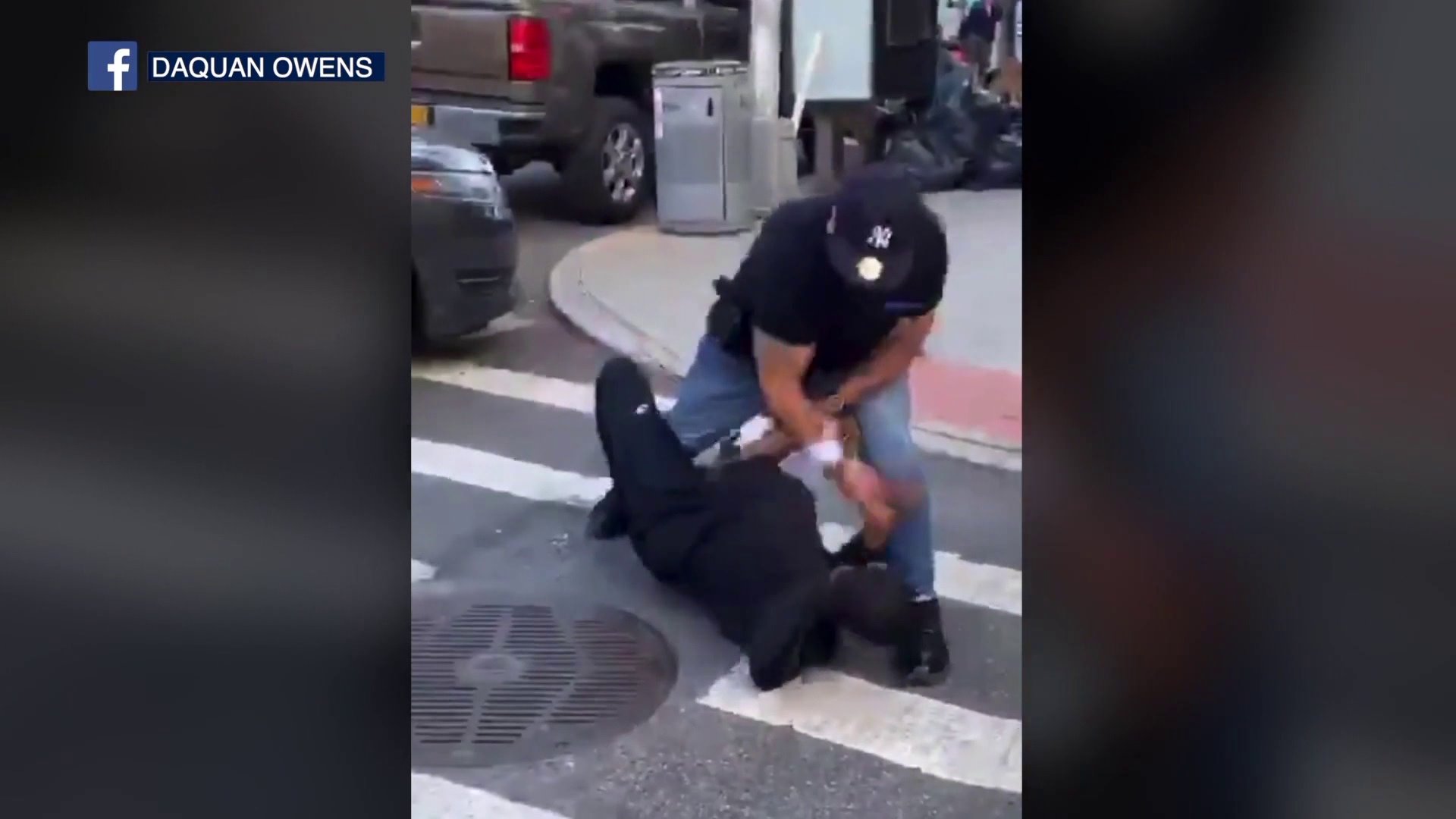 A New York City police officer who was caught on video Saturday pointing a stun gun at a man and violently taking him to the ground over an alleged social distancing violation has been stripped of his gun and badge and placed on desk duty pending an internal investigation. 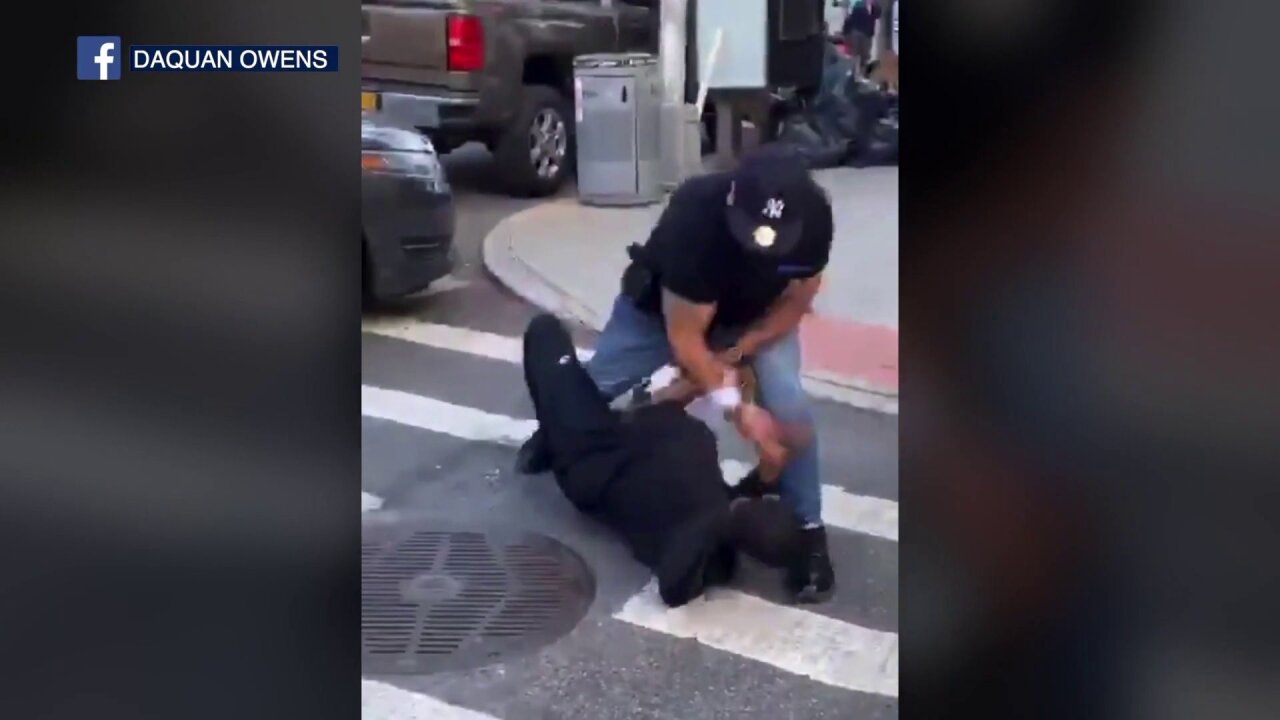 EAST VILLAGE, Manhattan — An officer has been placed on modified duty after video surfaced on social media showing him charging at bystanders on a Manhattan street with a Taser in his hand, NYPD Commissioner Dermot Shea said Sunday.

The video shows a police officer in street clothes walking toward bystanders with a Taser that appears to be on. When a man refuses to back up, the officer grabs him, punches him several times and throws him on the ground, the video shows. Another officer then runs over to help place the man in handcuffs, the video shows.

“I am aware of the video that’s out there. It’s being investigated currently by our Internal Affairs Bureau,” Shea said. “The results of that very preliminary investigation that’s ongoing: There was one officer who was modified, and that’s where we stand right now.”

Mayor Bill de Blasio said he "was really disturbed by it."

"The behavior I saw in that video is simply not acceptable," he said.

The incident in the East Village on Saturday started out as social distancing enforcement by the NYPD that ended with three arrests, Shea said.

A group of people were standing on the corner of Avenue D and East 9th Street around 5:30 p.m. when officers told them to leave, according to an NYPD spokesperson. Most of the group complied, but some remained on the corner, the spokesperson said in a statement.

As officers approached, they saw a bag of "alleged marijuana in plain view," the statement said.

Ashley Serrano, 22, of Hicksville, was charged with resisting arrest, obstructing governmental administration, criminal possession of a weapon and disorderly conduct, according to police.

The man in the video, identified as Donni Wright, was also charged after police said he "took a fighting stance against the officer." Wright, 33, of Manhattan, was charged with assaulting a police officer, menacing, resisting arrest, obstructing governmental administration and disorderly conduct, police said.

City Councilwoman Carlina Rivera, who represents the neighborhood, said she has reached out to the NYPD regarding an investigation into excessive force.

"Regardless of what transpired before the video, what is the justification for the rage? Where's the professionalism and de-escalation tactics we should expect? We will hold these officers accountable," she said on Twitter.

As the weather turns warmer, the NYPD has stepped up enforcement of social distancing rules amid the COVID-19 outbreak, which has killed over 19,000 people statewide in just over two months.

A total of 51 summonses were issued citywide on Saturday, a majority of which were for social distancing violations, Shea said.