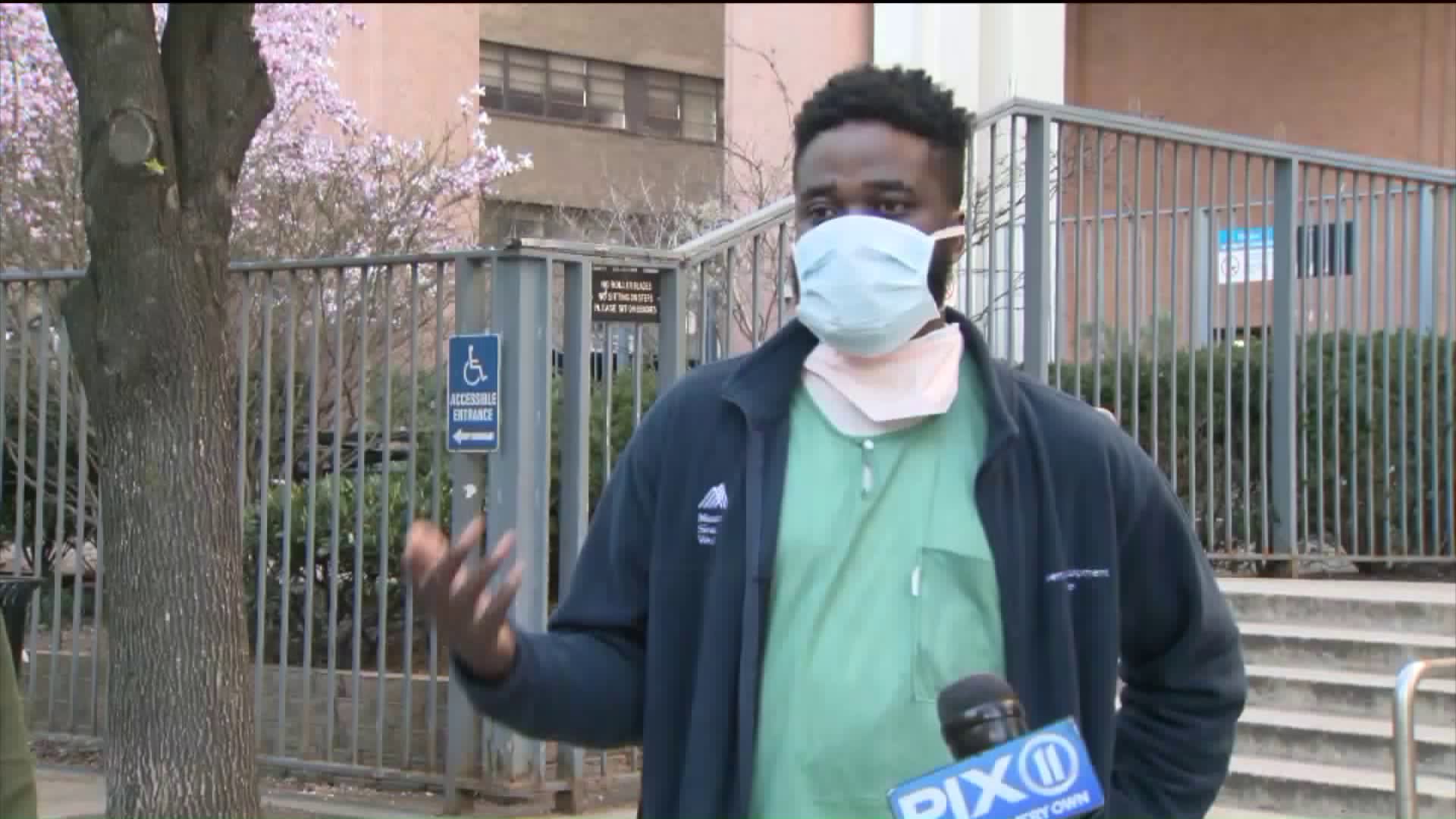 It was a moment where all of New York City came together to say one big thank you.

NEW YORK — It was a moment where all of New York City came together to say one big thank you.

Throughout the five boroughs at exactly 7 p.m. Friday night, a solid, steady show of support for the essential workers on the front lines fighting the COVID-19 pandemic.

Two minutes of applause in a campaign called #ClapBecauseWeCare to say thank you to our doctors, nurses, health care workers, grocery store and restaurant workers, truck drivers and sanitation workers, friends and colleagues.

From the balconies of the upper west side to Midtown West and the Upper West Side, shouts of "thank you", cowbells and even faint singing of "America the Beautiful" in a socially distant way.

This trio marched up from Hell’s Kitchen to deliver a personal message of thanks to the men and women working tirelessly at Mount Sinai West.

“Hang in there. We support you. We’ll get through this,” Katherine Puma, one of the clappers, told PIX11 News.

Her friend, Arthur Atkinson, added: “we think it’s important for people on the front lines to know how grateful we are to them.”

Another friend, Lisa Riegel, said “because we get to stay home and they don’t”.

This show of support follows great bursts of gratitude from Italians singing from balconies and windows and Briton’s clap for carers where London’s landmarks were lit up in blue.

To these front line workers at Mount Sinai West, this campaign of applause, #ClapBecauseWeCare meant so much.

One hospital worker who didn’t want to give his name said “it makes me feel appreciated. We’re on the front lines, helping, saving people’s lives.”

Yuliana Alesker, an ultrasound technician at Mt. Sinai West, saud “it makes me feel very proud to be part of this whole ordeal now.”

And David Mayrant, Mt. Sinai shuttle bus driver for the doctors, nurses and health care workers, said “we all do what we can.”

And we all thank them for that!