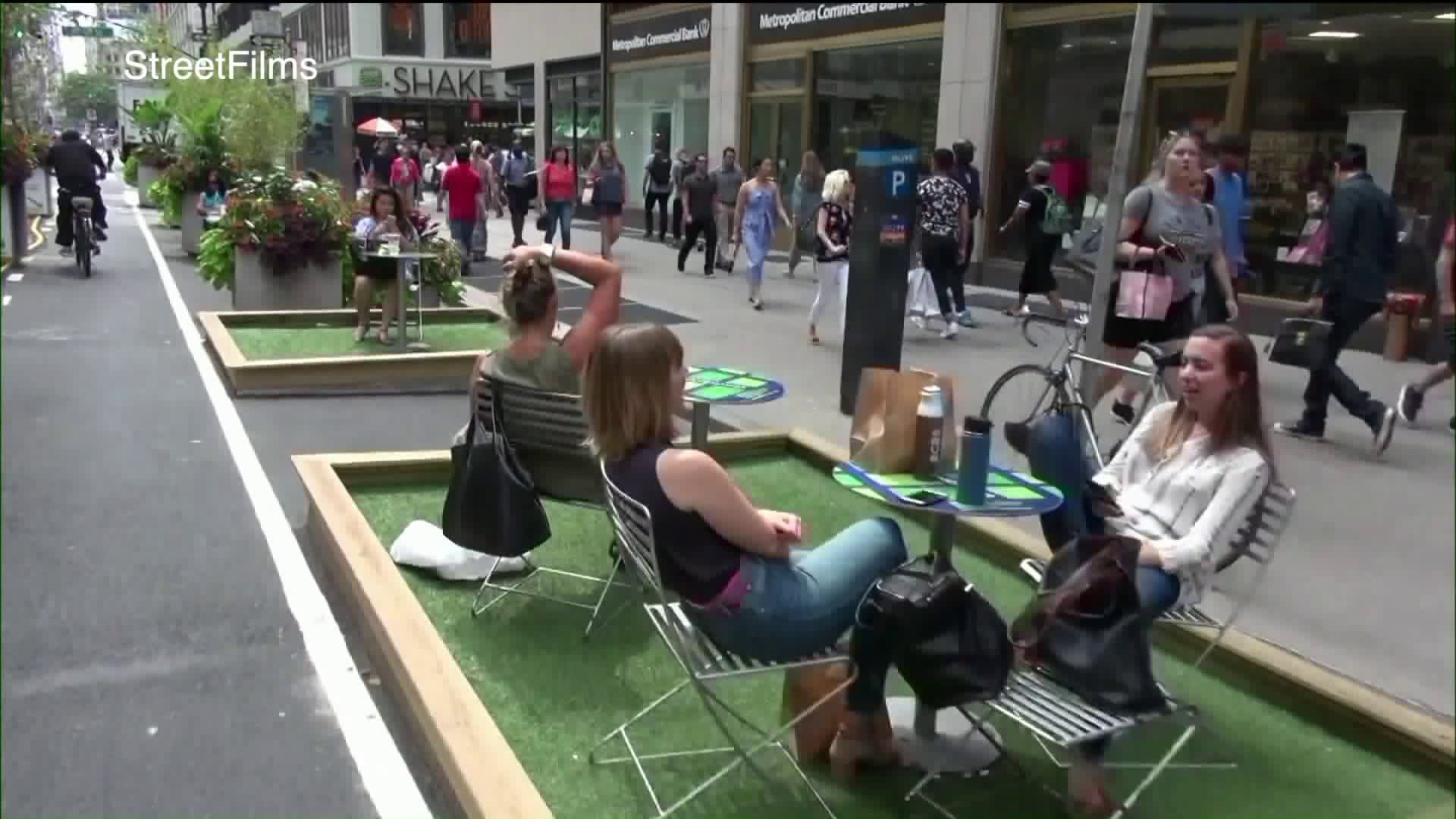 The Department of Transportation is studying how to use streets, curbs and sidewalks to allow businesses to open up for socially distant dining and drinking as New York prepares to reopen.

MANHATTAN — As New York prepares to slowly reopen region-by-region, several city officials proposed to use streets, curbs and sidewalks for businesses to open up for socially distant dining and drinking.

Several city councilors appear to be on board to help generate business again during the warmer months.

Streets like Broadway could become a miles-long pedestrian plaza, maintained by local businesses.

When asked about opening streets for dining during his daily coronavirus briefing Wednesday, Mayor Bill de Blasio said it is "an appealing idea," but he wants to make sure plans are in place for it to be done safely.

NYC is not expected to begin its reopening process until at least June if indicators show the city has reached consistent progress, the mayor said.

On Tuesday, the Broadway League announced it is not ready to raise any curtains before at least Sept. 6 because of renewed warnings about doing too much too soon.