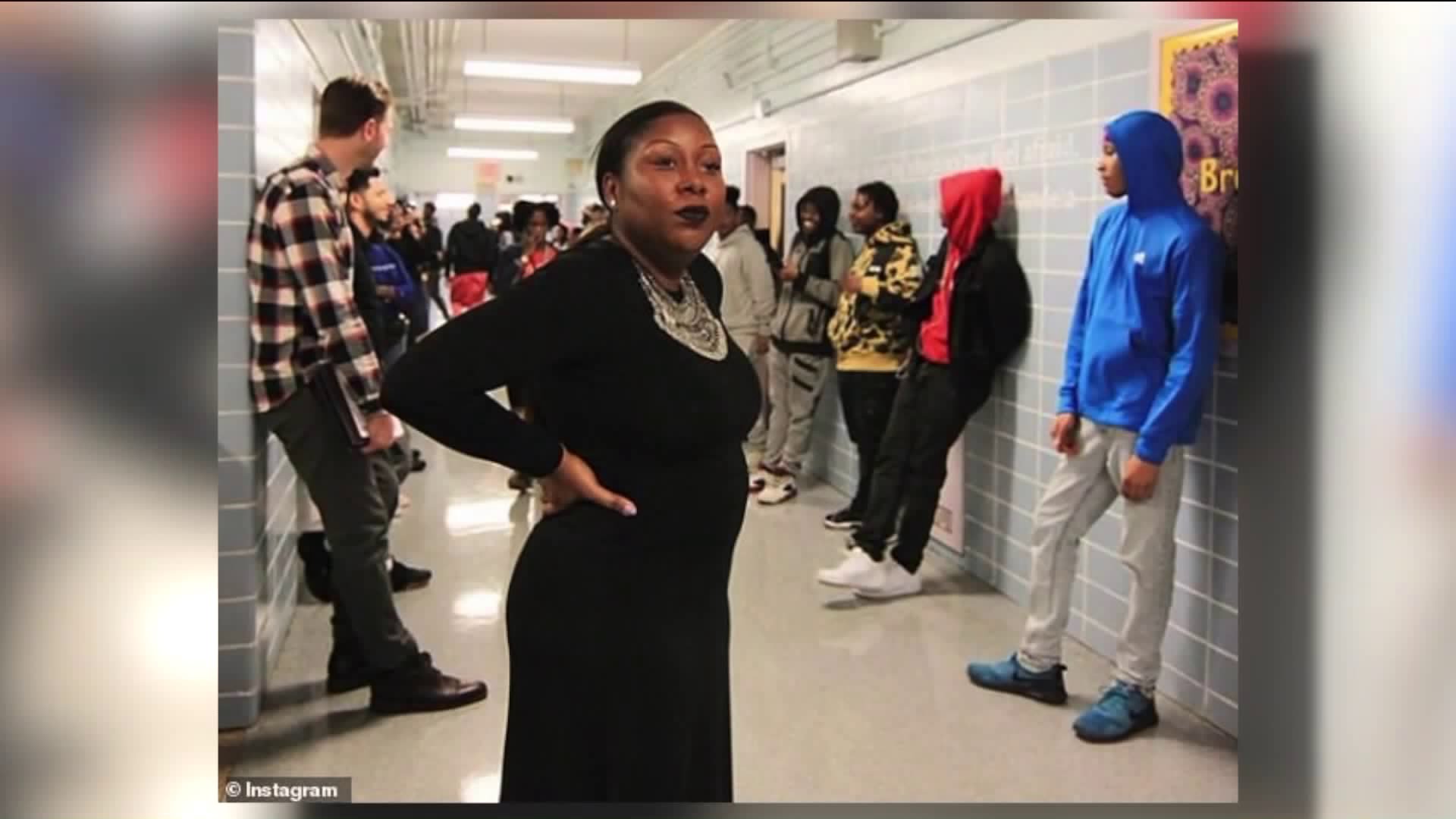 Dezann Romain was a much loved and admired principal at the Brooklyn Democracy Academy in Brownsville.

BROWNSVILLE, Brooklyn — A city leader called for an investigation Tuesday after a Brooklyn principal died from complications from the coronavirus, the first death of a city public school employee connected to the pandemic.

Dezann Romain, 36, was a much loved and admired principal at the Brooklyn Democracy Academy in Brownsville.

Romain was promoted from assistant principal to principal just four years ago. She was know for her dedication to her students — a young principal driven to help troubled kids get back on track.

Councilmember Mark Treyger demanded an immediate investigation into her death, and called for the mayor to release the numbers of teachers, principals and school staff with coronavirus, the same way the NYPD and FDNY release their numbers of confirmed cases.

“I am demanding to know from the DOE what happened here. We need a full investigation,” said Treyger, the chairperson of the City Council’s Committee on Education.

Treyger said her death is a wake up call.

He said at P.S. 199, also in Brooklyn, there are more sick educators.

“I have received word that five other teachers have tested positive for the virus. It's becoming true of other school communities as well,” said Treyger.

He said he saw her just last week and she appeared healthy, and she was always putting in long hours for her students and loved her job.

Romain’s school, Brooklyn Democracy Academy in Brownsville, is known for helping students who have dropped out or fallen behind get back into their curriculum and excel.

“This is painful for all of us, and I extend my deepest condolences to the Brooklyn Democracy Academy community, and the family of Principal Romain," said Schools Chancellor Richard A. Carranza. "We’re all experiencing a deep sense of confusion, uncertainty and sadness and it’s more important than ever to provide support to one another."

"Our prayers are with her family and school community as we mourn alongside them," said Craig DiFolco, communications director. "Please keep Principal Romain in your thoughts and continue to do everything possible to keep yourselves and your loved ones safe during this health crisis."