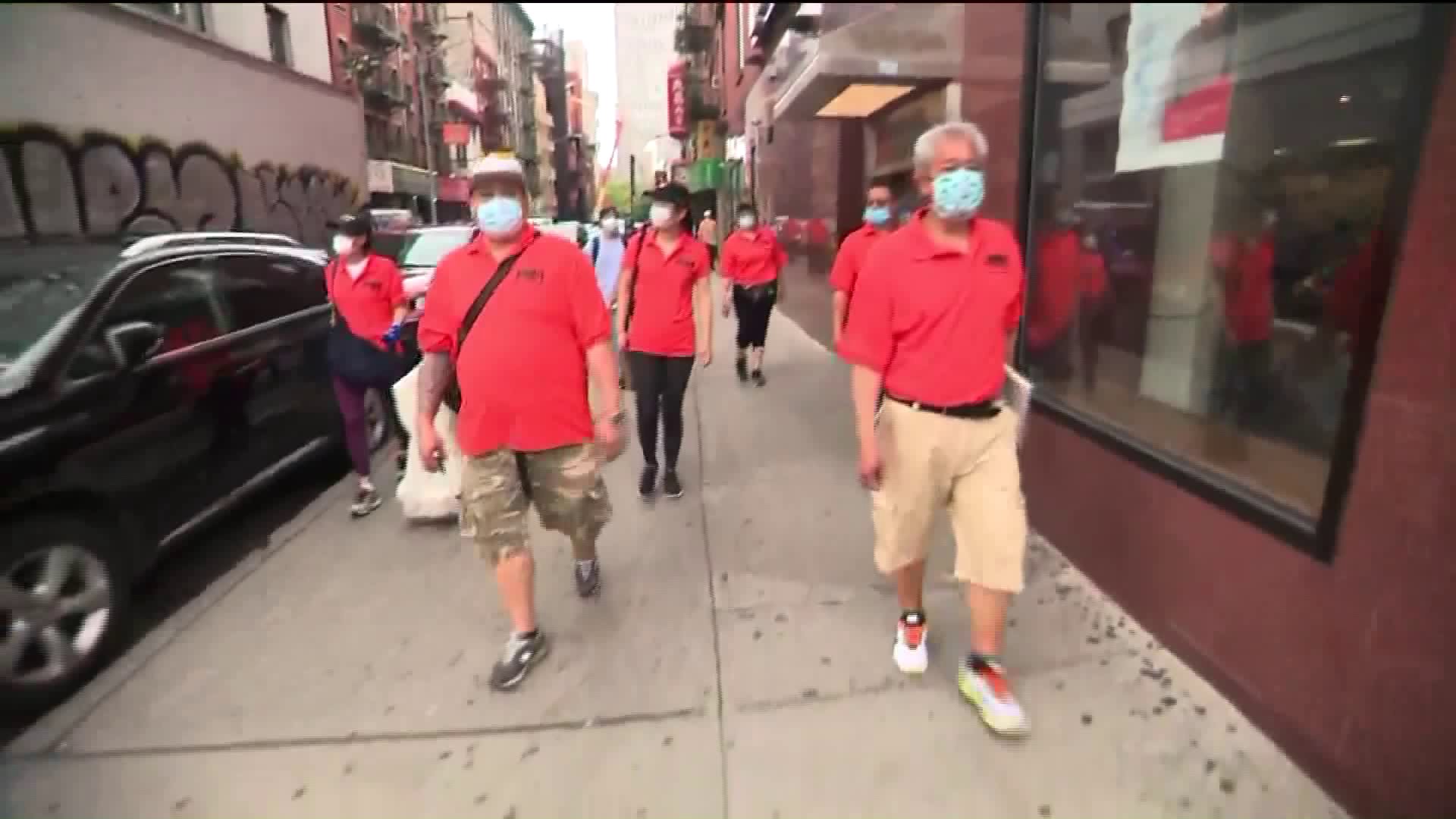 A group of neighborhood residents in Manhattan's Chinatown have united as a volunteer watch group in response to alarming rise in bias crimes against people of Asian descent.

CHINATOWN, Manhattan — A group of neighborhood residents in Manhattan's Chinatown have united as a volunteer watch group in response to alarming rise in bias crimes against people of Asian descent.

"About two months ago I heard about the anti-Asian sentiment," said Karlin Chan.

Chan is an activist in the neighborhood who organized the group, now called the "Chinatown Block Watch."

"We're sending a message that we're extra eyes for the police," he said. "We will document, report and testify in a court of law any case of harassment"

The numbers are staggering.

Last year from January 1 to May 24, there were only three reported bias crimes against people of Asian descent.

This year during the same time period, there have been 20. Eighteen of those are related to coronavirus.

Along Canal Street, you can see all the businesses shut down due to COVID-19 restrictions but the economic impact was being felt even before the first confirmed case in New York City.

As the virus spread throughout the world people started avoiding the city's Chinatowns. That's when the harassment also began, according to residents.

"People heard what happened in china and people wouldn't come down here," said Henry Chang, who has lived in the neighborhood for over 50 years.

Chang is also a member of the neighborhood watch group.

"People are so emotional right now so you can understand anger and rage but don't take it out on anybody who looks Asian," he said.

The group has also gone out of the way to help out local businesses.

At the beginning of the pandemic when masks were first required, many businesses in the area only had signs written in Mandarin, so the group of volunteers stepped in and printed signs in english.

"Any time there's any injustice we are motivated to step up and do what's right," said Dallas Short, a member of the group. "Patrol, make sure people are safe. Taken care of and safe in the neighborhood."