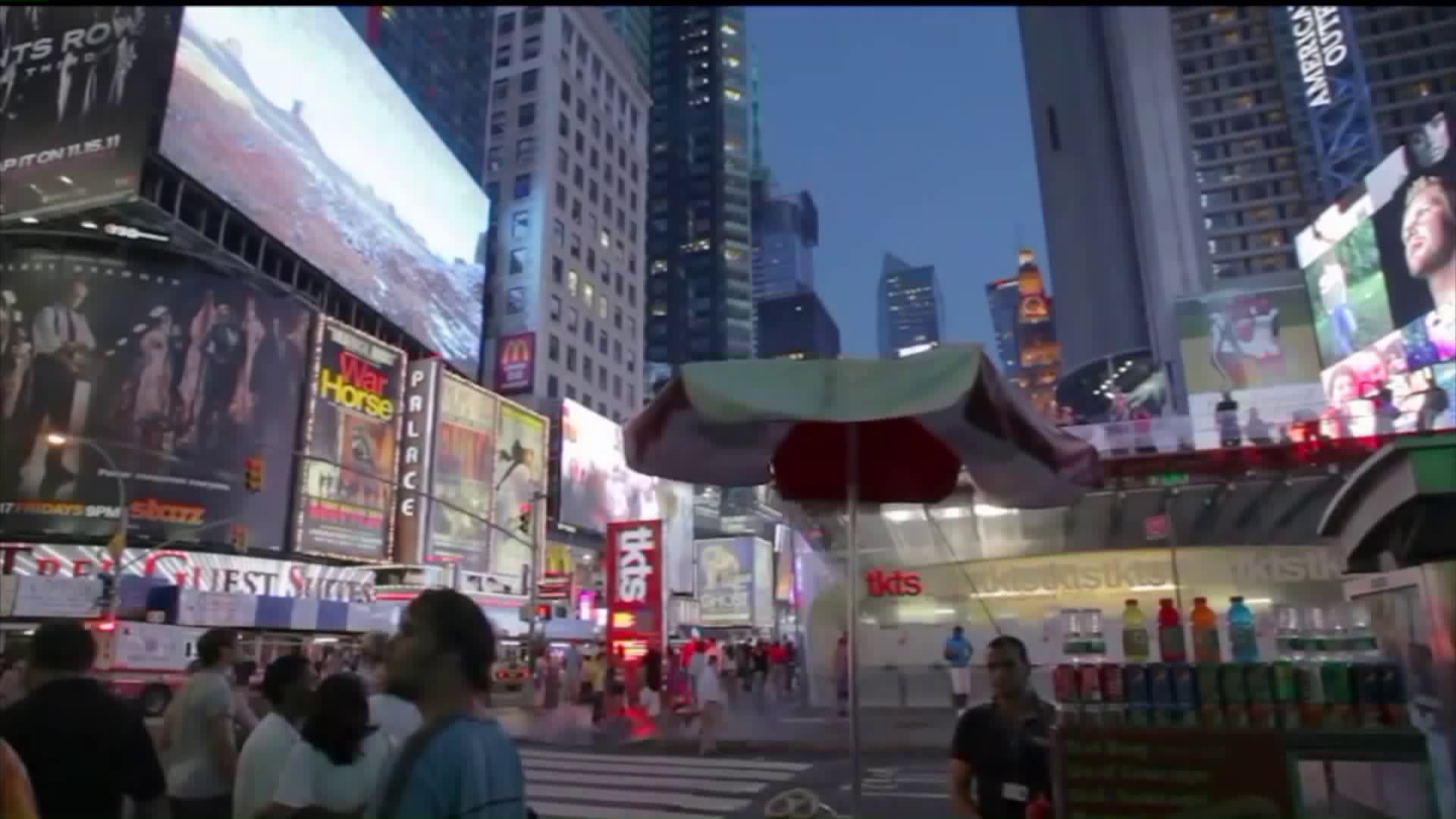 Mayor Bill de Blasio announced Friday he has canceled city permits through May.

MIDTOWN, Manhattan — Mayor Bill de Blasio announced Friday that he has canceled city permits through May.

New York City welcomes over 65 million visitors a year. Those annual large-scale events are a big draw. But they’re also a breeding ground for the coronavirus to spread.

“If we have to make particular sacrifices, I think those huge gatherings which run so much risk for the health and safety of New Yorkers,

those are things we're going to have set a real high bar on whether we want to continue that in the short term, because job-one is to get out of this crisis and move us forward,” said de Blasio. .

Wilcox is treasurer of the Guides Association of NYC (GANYC).

“We’ve already got the equivalent of tens of millions of dollars of loss revenue for tour guides,” said Wilcox. “When all of this really started to come out this was in early March and that was coming off winter into spring, guides are coming off a season where we really don’t work that much into what would normally be our busy season.”

Wilcox is himself a tour guide who has been out of work for 5 weeks. He talked about the importance of tourists to the city’s economy.

“Things like the Brooklyn Half Marathon, things like Summer Stage in Central Park, things that were going to be happening in May or starting in May, we are making clear we're not issuing any permits for the month of May,” said de Blasio.

“It’s got a 63 year legacy,” said Louis Maldonado, board chair of the National Puerto Rican Day Parade. ”The parade’s genesis was championing for the Puerto Rican community, it really has a sense of trying to make all New Yorkers and the world really realize and see the best of Puerto Rican culture in history and who we are as a people.”

Maldonado tells PIX11 they’re been proactive about looking into all possibilities, including postponing it to the fall.

”Ever since early March, the board has been considering all options and we’ve been working very closely with the city and state authorities to assess the situation and see what the other options may be,” said Maldonado.

The annual event draws 1.5 million people along 5th Avenue. Visitors come from all over the country and the world.

“Our primary priority is to keep everyone safe and having a large gathering it’s just not looking like it’s something that’s feasible,” said Maldonado.

Wilcox says they’re starting a virtual tour program soon. “We’ll be launching later this month an initiative called Tour Your Own City, where tourists in the short- term can take virtual tours that guides will be offering.”

Mayor de Blasio says the permits will remain for anything food-related, such as farmers’ markets.