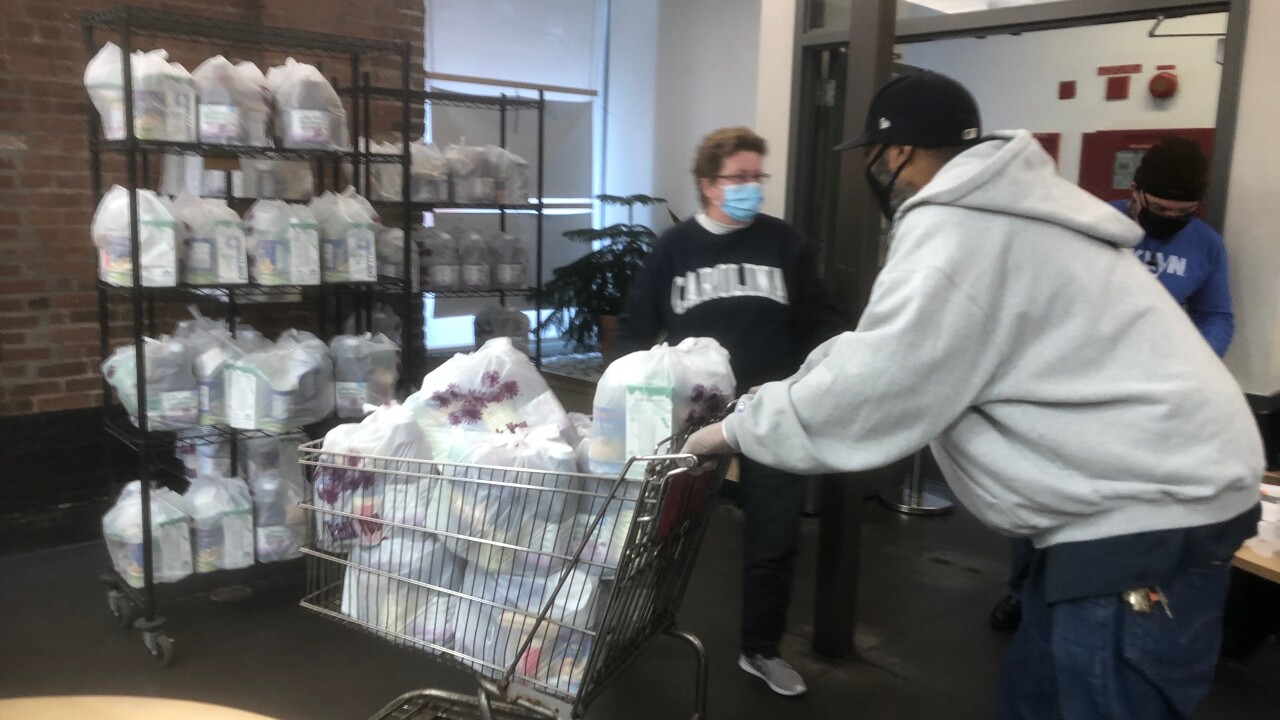 BEDFORD STUYVESANT, Brooklyn — Sister Caroline Tweedy had a goal for St. John’s Bread and Life Pantry as the Lenten season began. She wanted to raise $40,000 to serve 40,000 meals before Easter.

The Pantry serves hot breakfasts and lunches from its service center, actually a garage, on Lexington Avenue in Bedford Stuyvesant.

And then the reality of COVID-19 hit.

Tweedy, a Sister of Mercy nun, is still serving two meals a day to the poor—and working poor—of Bedford Stuyvesant and adjacent areas., but she’s worried she may only have enough funding to go another two weeks.

“My staff has been amazing,” she said. “They’re still putting out the meals.”

The Pantry employees arrive at 6 a.m. and start preparing hot, packaged breakfasts for the people who begin lining up soon after.

St. John’s Bread and Life Pantry also has a mobile van that leaves at 9 a.m. to bring meals to the elderly.

Last Wednesday, when it became obvious that New York City was heading toward a virtual lock down, Sister Caroline was proud to say the Pantry served 550 meals to those who waited on line and delivered another 550 using the mobile van.

She’s hoping for an act of grace that will allow her mission to continue.