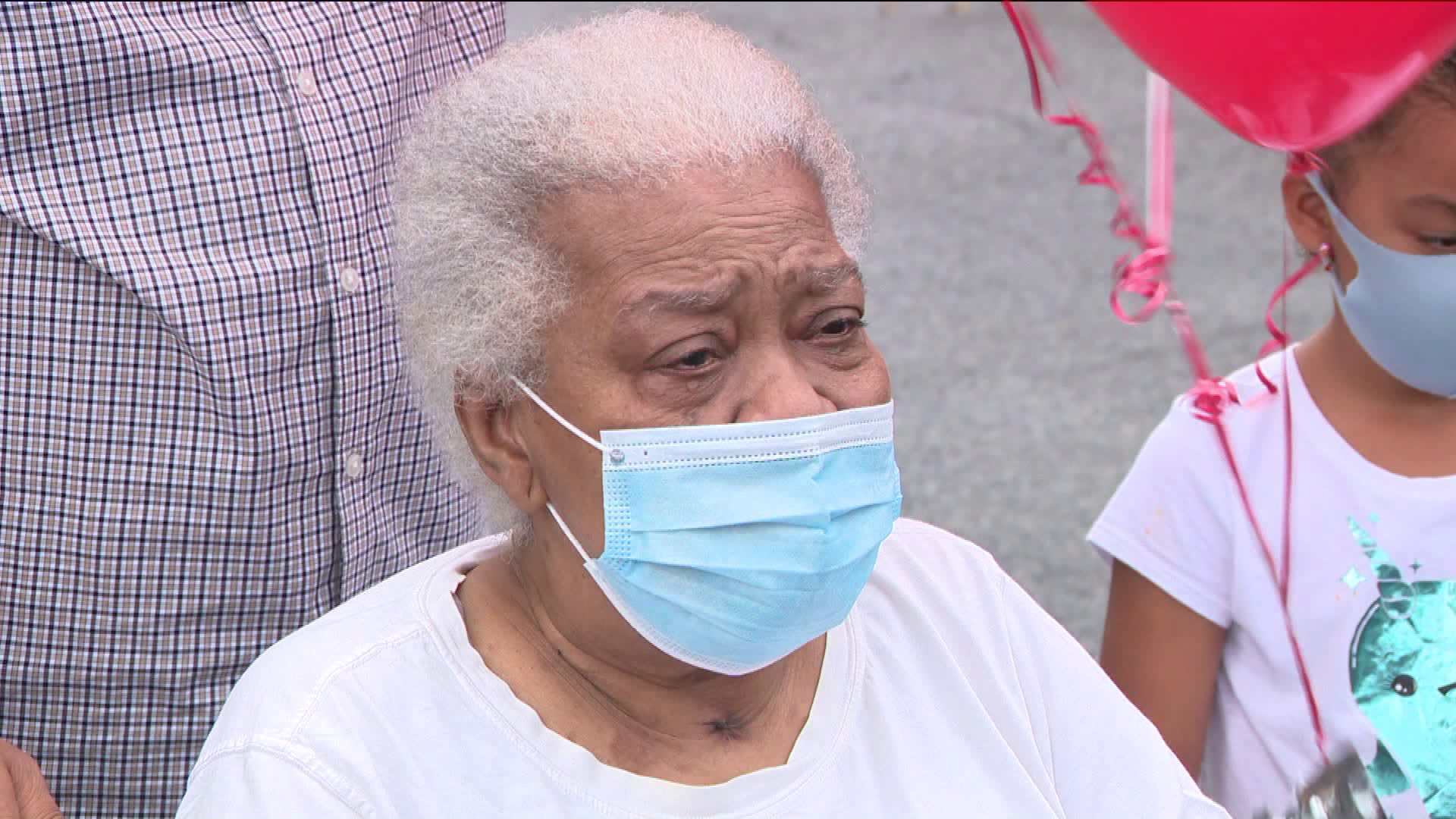 It is a story of the power of love, perseverance, prayer and lots of good luck.

FLATLANDS, Brooklyn — It is a story of the power of love, perseverance, prayer and lots of good luck.

A family in Brooklyn is celebrating their matriarch, a 73-year-old great grandmother, coming home from the hospital after a nearly six month battle with the coronavirus.

Her family is calling it a miracle arter Marie Jean Pierre has spent 163 days fighting the coronavirus, first at home and then in Maimonides Medical Center and finally at Saints Joachim and Anne Nursing and Rehabilitation Center.

Jean Pierre had a tracheotomy and had to re-learn how to talk and walk again.

“We were on the phone every day as a family in a conference call,” Marie Delus, Jean Pierre’s daughter said. “We called the doctors every day, we knew what medication she was in. We told each new doctor,” she added.

Jean Pierre’s COVID-19 saga began in mid March when she was having trouble breathing and her family in Flatlands took her to Maimonides and during that six months battle with the virus, at least three times doctors told the family the end was near.

“We dropped her off in the 21st and in the 23rd, the doctors told us she wasn’t going to make it through the night,” Delus said. “She went through a nightmare and survived."

The family says they have learned so many lessons and are so grateful to the medical staff and the power of prayer.

“We have to thank Maimonides and the doctors and nurses there,” Marie Poulard, Jean Pierre’s adopted daughter, said. “I am a nurse myself and it’s amazing the work they put in."

Jean Pierre says after 163 of hospital food she was really looking forward to a home-cooked meal of chicken, okra and white rice.