Bronx pizza legend had dying wish for daughter to take over 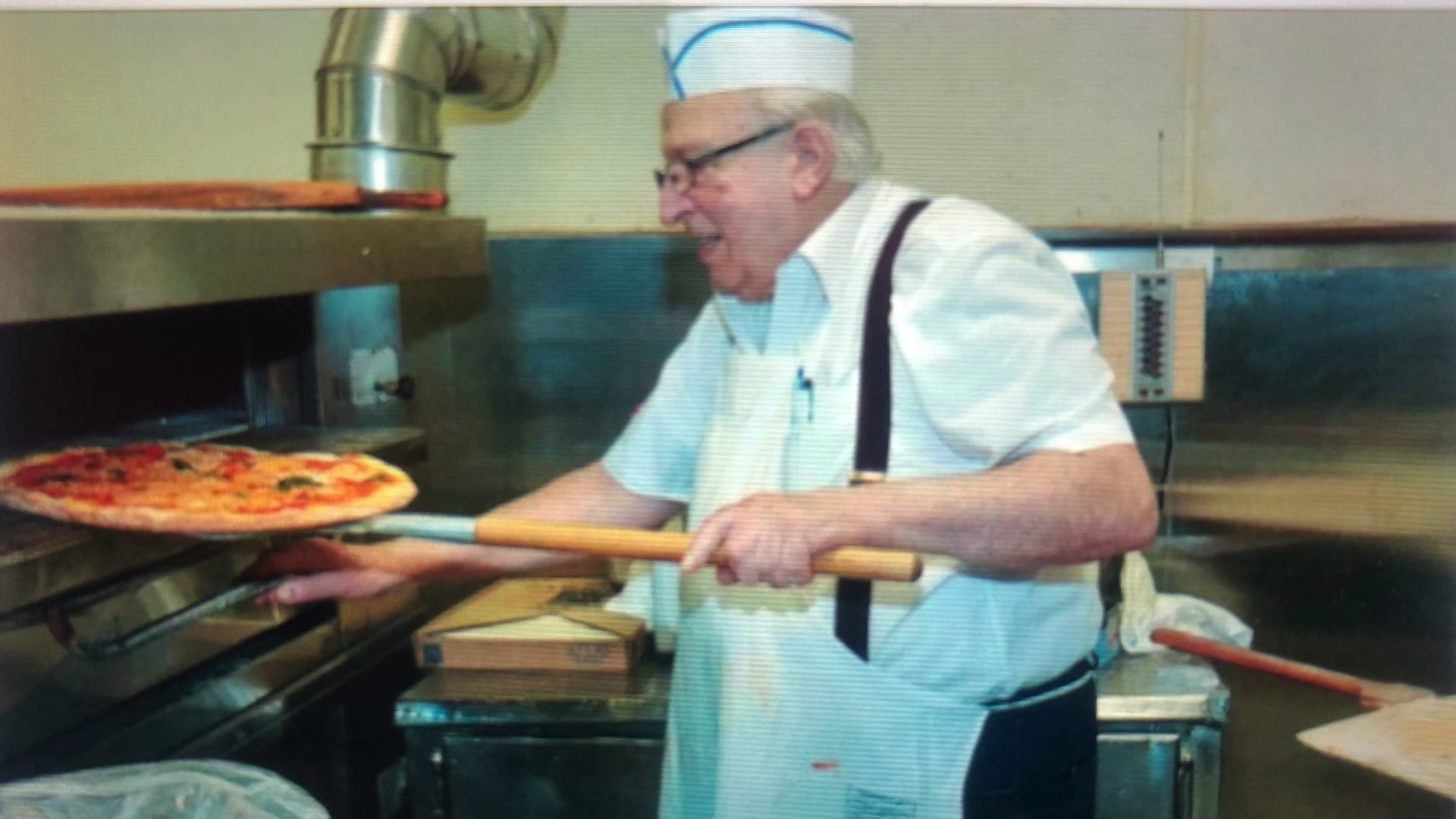 The owner of a legendary Italian restauranton Arthur Avenue in the Bronx was buried Monday. He's yet another victim of the COVID-19 pandemic.

THE BRONX — There was something about the way Joseph Migliucci kneaded his dough that made it just a little more tasty than other pizza crusts at Mario’s Restaurant on Arthur Avenue, an establishment named for his father.

Mario Migliucci had taught the skill to his son in a family business that marked its 100th anniversary in 2019.

When Joseph Migliucci, 81, knew he was close to death from the COVID-19 virus on April 6, he kept asking the nurses to FaceTime his daughter, Regina—one of six children he raised. He wanted to make sure she would reopen Mario’s after the crisis was over.

“I promised him that morning that I would,” Regina Migliucci-Delfino told PIX11 through tears. “No matter how bad it was, I would go back and try to make it work.”

Five generations of Migliuccis have worked at the restaurant that started as a small pizzeria named for patriarch Giuseppe Migliucci. When Giuseppe’s son took over the business, people started saying, “Let’s go to Mario’s” and the name stuck.

The pizza place grew from six tables to a full-service restaurant with seating for 120 and two, private dining rooms.

Many famous people came through its doors, but Mario Migliucci turned down a chance to be part of movie history.

When director Francis Ford Coppola wanted his star, Al Pacino, to carry out a mob “hit” inside Mario’s Restaurant for a classic scene in the “The Godfather,” Mario Migliucci turned Coppola down.

“Regarding ‘The Godfather,’ my father didn’t want that stigma inside his restaurant,” Joseph Migliucci said last fall, when he was honored at the annual Italian Heritage lunch by Board Member, Lisa Salvati.

Joseph Migliucci took over his father’s business and taught every facet of it to his children and 16 grandchildren.

“He was the heart and soul,” his granddaughter, Lauren Manuele, told PIX11. “On Christmas, he always had a big table set up,” she said. “He also invited those who didn’t have anywhere to go and there was always a seat open.”

Chris Booth was 8 years old when his mother married Migliucci, who embraced him as his own son.

“He taught me to be a man,” Booth said. “He put me through law school, and I’m a successful trial attorney today because of him.”

Migliucci was married for 49 years to his second wife, Barbara.

Regina Migliucci-Delfino noticed business was getting slow in February, when people started talking about the virus.

Her father got sick after St. Patrick’s Day.

Lauren, his granddaughter, is a nursing student and was able to visit him at White Plains Hospital.

She said, at first, “He was one of the most stable patients on the floor.”

Lauren was able to hold his hand during some visits, wearing a latex glove.

“He’s older and 6 feet 2 and he’s big,” she noted, “but he was scared and he just wanted someone to hold his hand.”

Migliucci’s condition worsened and he was brought to another floor in the hospital.

By the early morning of April 6, he told his nurses he didn’t want a ventilator—to give it to someone else.

All of his children and grandchildren were able to FaceTime with Migliucci for two hours.

Then Joseph Migliucci kept asking the nurses to contact his daughter, Regina, with some last-minute messages he was scribbling down.

“Everything was about work,” Regina said. “His mind did not want to shut off.”

“And he promised me he would be there with me to help me,” Regina Migliucci-Delfino remembered, her voice filled with emotion.

“I would feel his presence,” the dutiful daughter said.