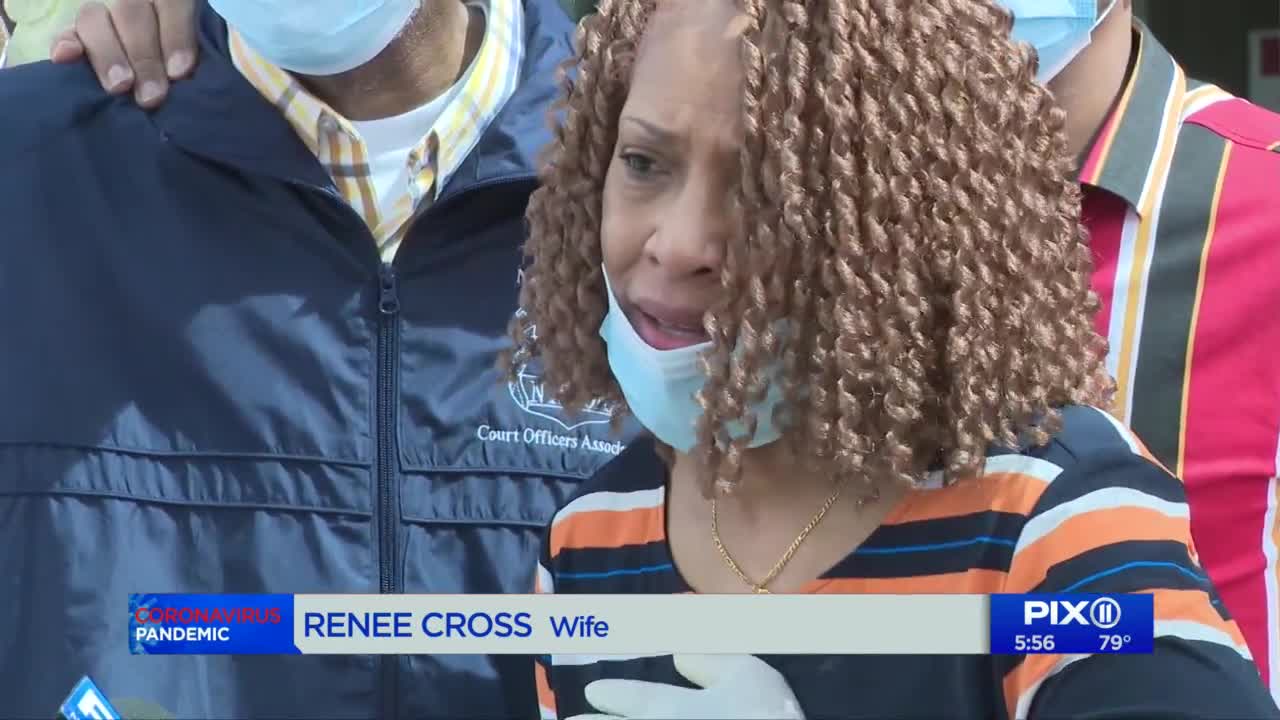 A Bronx court officer and 9/11 hero was finally released from a New Jersey hospital Thursday into the arms of his wife.

NEW JERSEY — A Bronx court officer and 9/11 hero was finally released from a New Jersey hospital Thursday into the arms of his wife.

Sgt. Darrell Cross, 54, spent 72 days in the hospital fighting for his life after contracting COVID-19. He had been in a coma and was moved from Mount Sinai Hospital to a New Jersey hospital after he woke up.

Cross said that what kept him going through the tough times was the knowledge that his wife of 20 years and a community of court officers were waiting for him to come home.

“I’d like to thank God first and foremost," Cross said. "There's a lot of people in my position who didn’t make it."

Cross worked inside the Bronx civil criminal court for over 20 years and was involved in rescue and recovery on 9/11. But Renee Cross, his wife, said beating COVID-19 was the hardest test of her husband’s life.

Cross contracted COVID-19 back on March 25 and spent two weeks in an induced coma, on a ventilator, in intensive care in critical condition at Mt. Sinai. After two weeks, Sgt. Cross finally came out of that coma.

His first words were asking for his wife.

“The day he woke up from the coma, the first thing he said was, 'where is my wife? You know there is a lot of love there,” said the president of the New York State Court Officers State, Dennis Quirk.

Cross says he wants to get back to work, but the first thing he wants to do when he gets home is have a cup of coffee and snuggle his wife.

Watch his release from the hospital below: