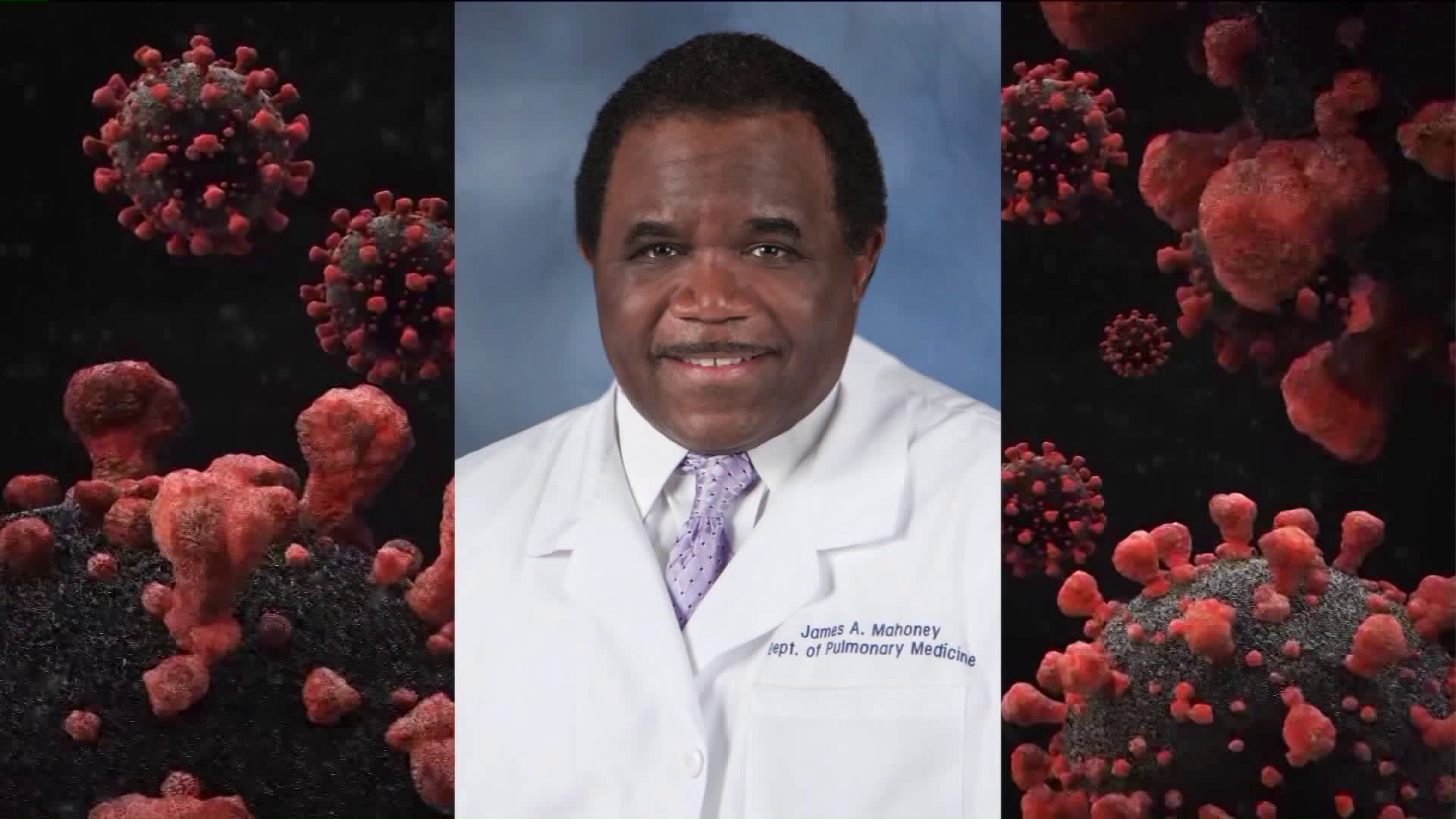 He was affectionately nicknamed the "Jay-Z of Downstate."

BROOKLYN — The Brooklyn medical community mourned the loss Friday of a beloved doctor who died from COVID-19.

His colleagues called him the “Jay-Z of Downstate," for what he brought to his SUNY Downstate and Brooklyn community.

Mahoney was supposed to retire in January after a successful career that spanned more than 40 years, working mostly with critically ill patients inside the intensive care unit at the University Hospital of Brooklyn and Kings County Hospital.

But when the COVID-19 pandemic hit, Mahoney sprung into action.

Dr. Mafuzur Rahman, the vice chairman of the department of medicine at the SUNY Downstate Medical Center, worked along side Mahoney for two decades.

“He stepped up to help people when he could have been hurt. And he was hurt and he paid the ultimate price,” said Rahman.

His death devastated the Brooklyn medical community and broke the hearts of his patients.

His nickname was Charlie with his family, but his colleagues called the Jay-Z of Downstate.

Rahman said his friend was very charismatic and always gave back to his community.

“Calling him the Jay-Z of Downstate is not an exaggeration for what he did for our hospital and community,” said Rahman.

Dr. Sandra Scott, the chairperson of the emergency department at Brookdale Hospital, worked with Mahoney in the 1990s at Kings County Hospital.

Scott was fresh out of residency and Mahoney was her mentor.

“There were very few physicians of color and he decided to dedicate himself to the Brooklyn community,” said Scott.

Scott said her mentor was a tireless educator, training thousands of future physicians just like he,r how to be better doctors, but also human beings.

Mahoney leaves behind a wife, three children, thousands of future leaders in medicine that he inspired, and thousands of patients he saved.