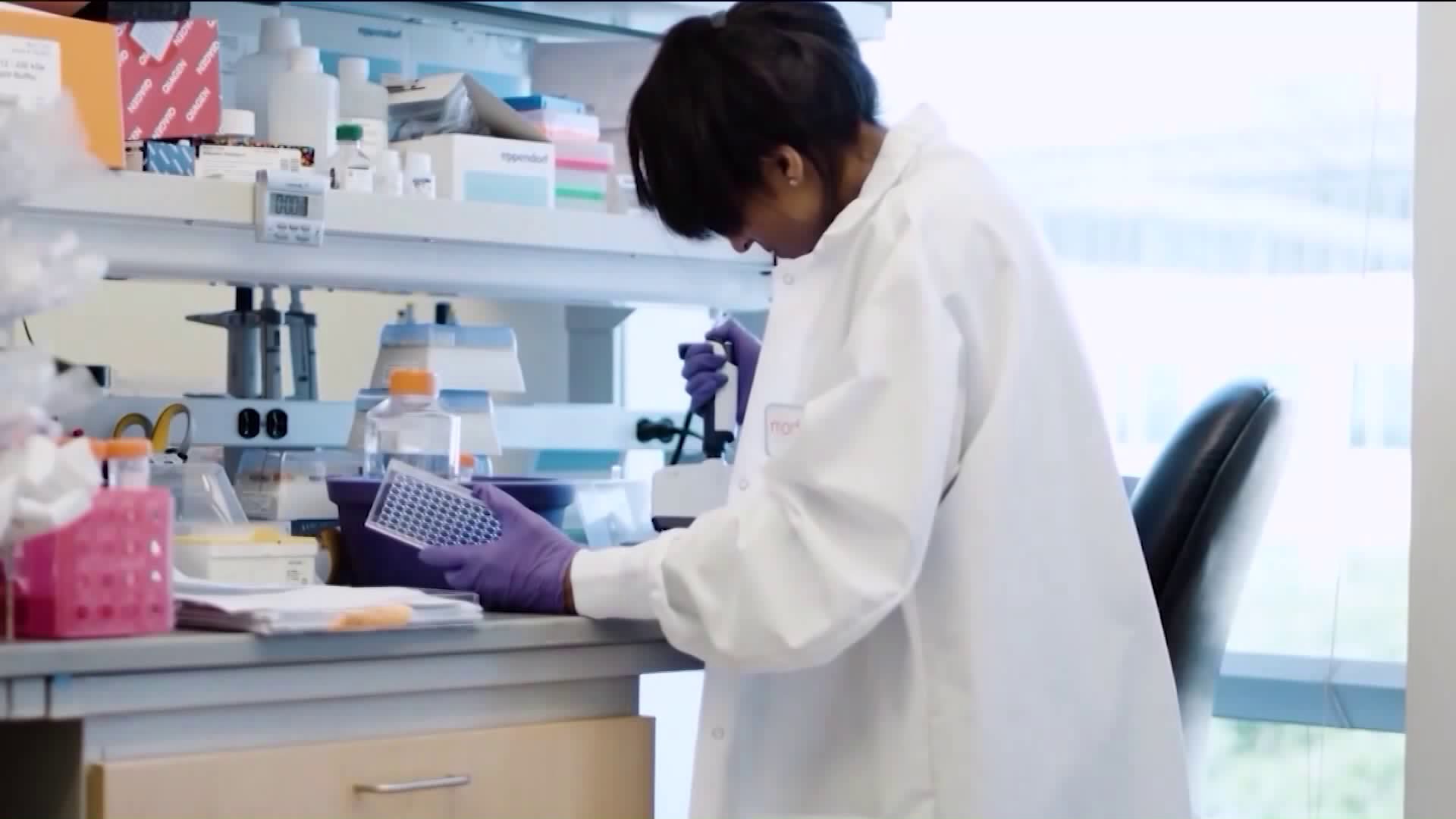 New York State allowed a reopening of whole neighborhoods in New York City, as COVID-19 rates in central Queens continued to decline. But problems in New Jersey and the rest of the nation continue. What is the progress on a COVID-19 vaccine? 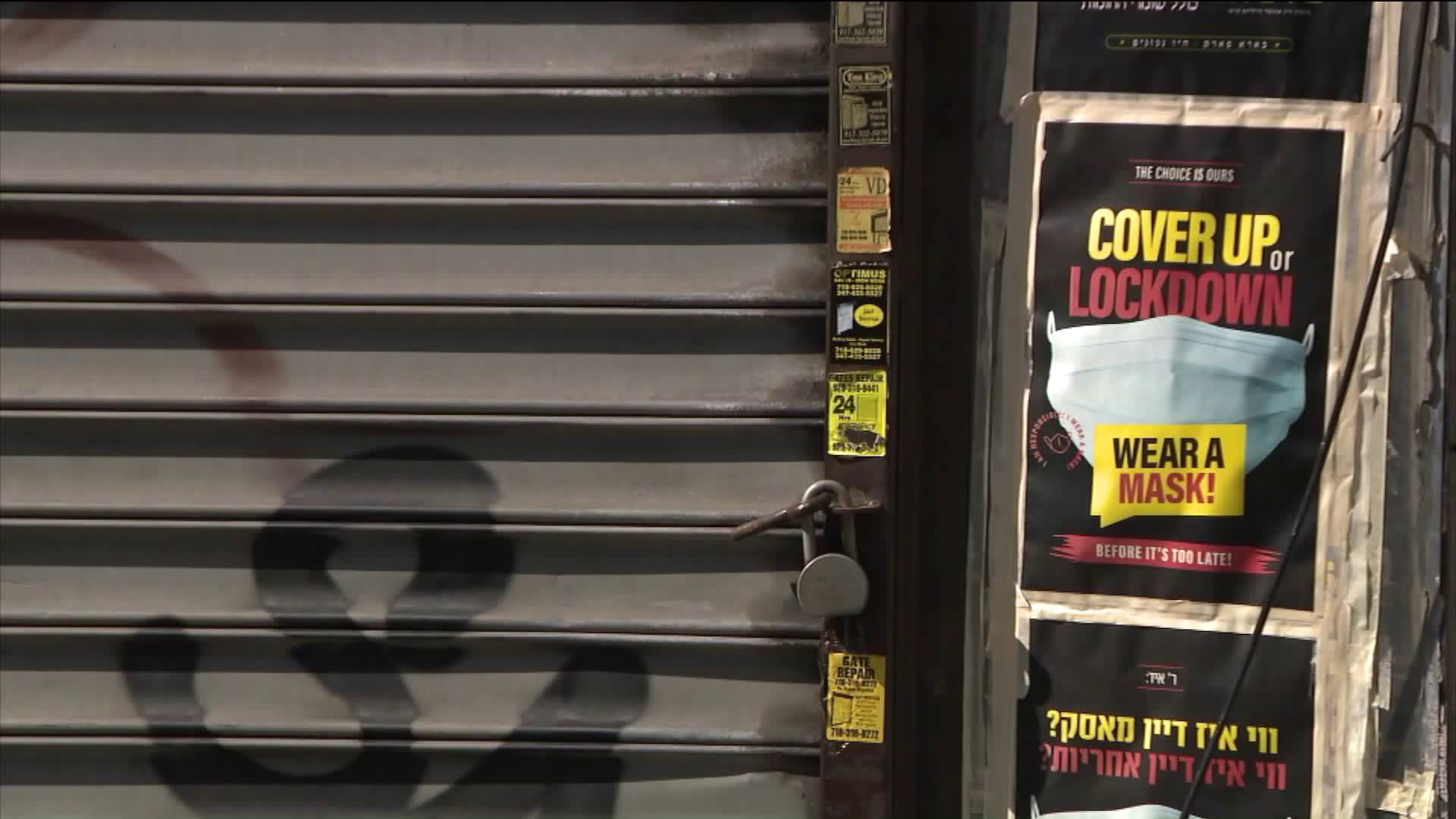 FOREST HILLS, Queens — Thursday saw a contrast in COVID-19 numbers on either side of the Hudson River.

New York State allowed a reopening of whole neighborhoods in New York City, as COVID-19 rates in central Queens continued to decline. Meanwhile, in New Jersey, the number of cases continues to creep up, leaving Gov. Phil Murphy to re-emphasize to residents that they need to stay home.

Parts of Queens and Brooklyn that were forced to shut down earlier this month due to a spike in coronavirus cases breathed a small sigh of relief Thursday, as they reopened once again.

Rafael Sabszinov was cutting and styling hair for the first time in two weeks in his business, Milan Hair Studio. He said that the restrictions put in place by New York Governor Andrew Cuomo and enforced by New York City Mayor Bill de Blasio had been oppressive for his business.

"As you can see, we're booming," he said sarcastically, as he pointed to his empty salon. He said that he had to hope that the reopening of this part of Queens would help his business improve.

Faha Latifov, who owns Nadezhda Restaurant, across the street, agreed.

"Very hard, just take out, no nothing," he said, describing how business had been during the two weeks his restaurant had been in the so-called red zone created by the state. "We've been waiting for today."

Central Queens had been moved by Gov. Cuomo from red zone status to yellow on Wednesday, allowing for conditions on Thursday that the mayor described.

"Businesses in those areas can now reopen," Mayor de Blasio said at his daily briefing on Thursday.

Schools in yellow zones will be allowed to resume in-person classes on Monday with mandatory weekly testing.

The loosened restrictions in yellow zones also allow for houses of worship to operate at 50% capacity and restaurants can reopen for indoor and outdoor dining with a maximum of four people per table. Gatherings of up to 25 people also are allowed.

Despite a drop in new cases, Brooklyn’s red zone remains on lockdown with a positivity rate above 5%.

In the red zone, large gatherings are banned and houses of worship are restricted to a maximum capacity of 10 people. Non-essential businesses are shuttered and schools in the red zone are holding classes remotely.

The state is monitoring the zones on a 10-day average of positivity rates, and officials are watching a new cluster in Ozone Park, which has now been labeled a yellow zone.

Meanwhile, across the Hudson River, in New Jersey, it's a different story.

Gov. Phil Murphy, having been in contact with two senior staff members who had recently tested positive for coronavirus, held a virtual briefing on Thursday, while he self-quarantined at home. Gov. Murphy was blunt in his assessment of the Garden State's COVID situation.

"The numbers we're getting day to day are sobering," he said. "Our hospitals are [at] 852 total patients."

It was a level not seen since COVID numbers in New Jersey started to decline significantly over the summer.

Gov. Murphy also re-emphasized that no New Jersey resident should travel over the state's borders unless it's for work, medical appointments, or emergencies. It's part of a concerted effort to contain the outbreak, and reduce the spread.

The national death toll has now surpassed 222,000 but that number could have been as low as 12,000, according to a new study by Columbia University's Earth Institute. The researchers determined 130,000 to 210,000 deaths could have been avoided.

The staggering finding puts the blame on the Trump administration — citing delayed response, insufficient testing and the lack of a national mask mandate.

Public health experts, including Dr. Peter Hotez, dean of the National School of Tropical Medicine at Baylor College of Medicine, have said the worst is yet to come

"The next 4-5 months are looking pretty dire and I'm really worried about both the number of new cases and new deaths," he said.

One bit of promising news is the race to find a vaccine continues. Multiple major drug manufacturers are making progress.

One of them, Moderna, Thursday announcing they've got a diverse group of volunteers and may seek FDA approval by December.

"We have over 50% either Latinx or African American and it's about half split, 50/50 between those two um, communities," said Dr. David Diemert, the principal investigator of Moderna's trials.

Late Thursday, word that Remdesivir becomes the first drug to be approved by the FDA for COVID-19 treatment. Until now, it has only been given to hospitalized patients — including President Trump — under emergency authorizations.