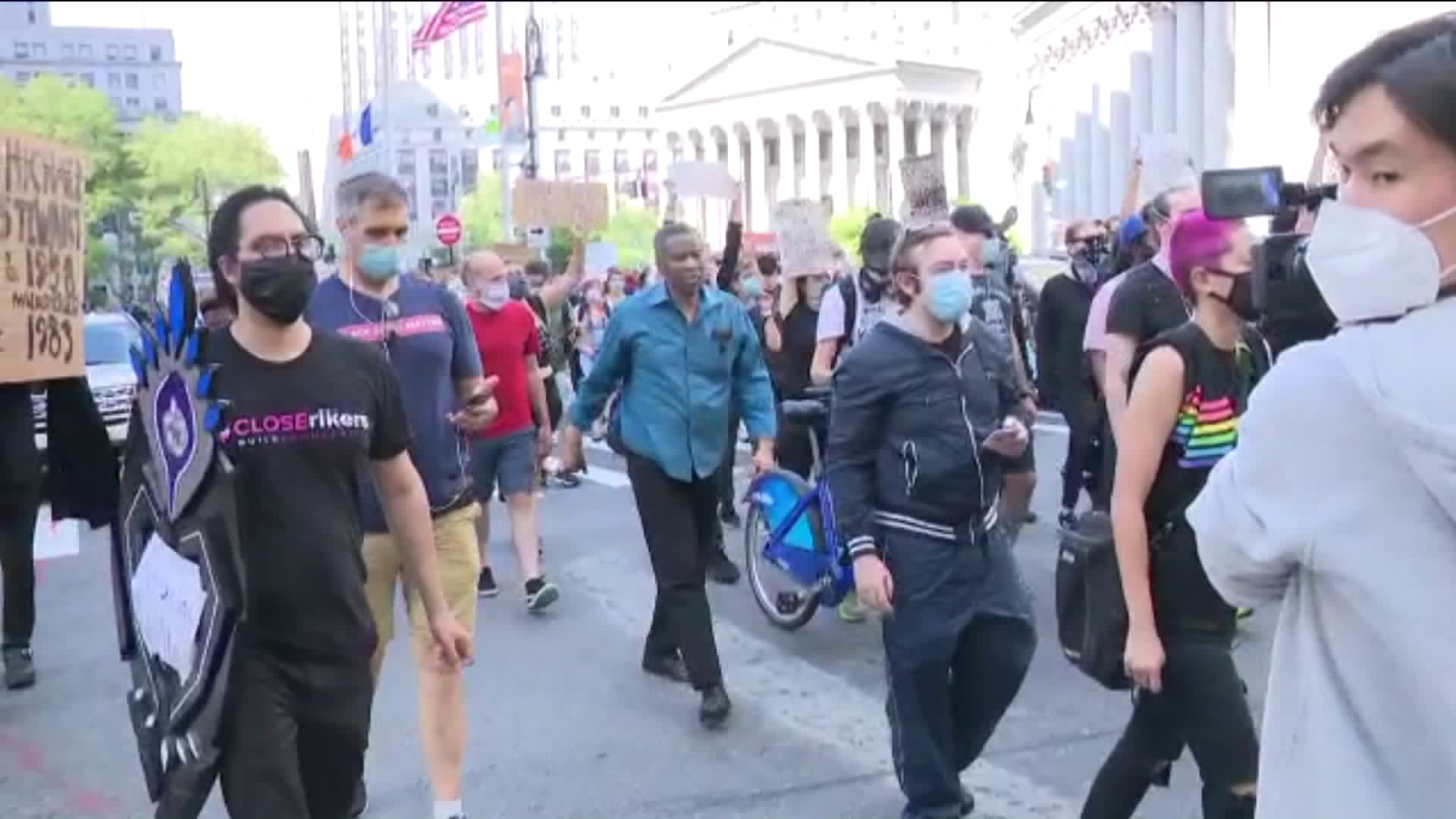 New Yorkers have swarmed the streets, expressing outrage over the death of George Floyd.

NEW YORK — New Yorkers have swarmed the streets, expressing outrage over the death of George Floyd.

But as angry protesters demonstrate, New York City has not yet reopened. Phase One begins on June 8th. Many people are not social distancing and some are not wearing masks.

"The police is the biggest virus right now," said Alyse Harris, who was protesting in Union Square Saturday. "So we have to pick and choose our battles."

"So yeah, we are socially distancing, trying to stay six feet apart, just trying to get the message out. That's the most important thing."

"I would still wish that everyone realize that when people gather, it's inherently dangerous in the context of this pandemic," de Blasio said. "And I am going to keep urging people not to use that approach. And if they do, to focus on social distancing and wearing face coverings."

There is a concern these protests could lead to an increased spread of the novel coronavirus.

"Demonstrate with a mask on. What's the difference? I still do not get it," Gov. Andrew Cuomo said.

As the state keeps an eye on the protests, Governor Cuomo announced the addition of 10 new testing sites in New York City. There is one in each of the zip codes with the highest rate of infection. And as the city gears up to reopen, its hospitals are working to deal with the possibility of a new influx of patients.

The plan is called "Surge and Flex" and the governor said the goal is for all the city's public and private hospitals to be able to work together.

"If we have a problem, we need all those hospitals to work together where we can shift patients. We can share resources. That kind of coordination," he said.