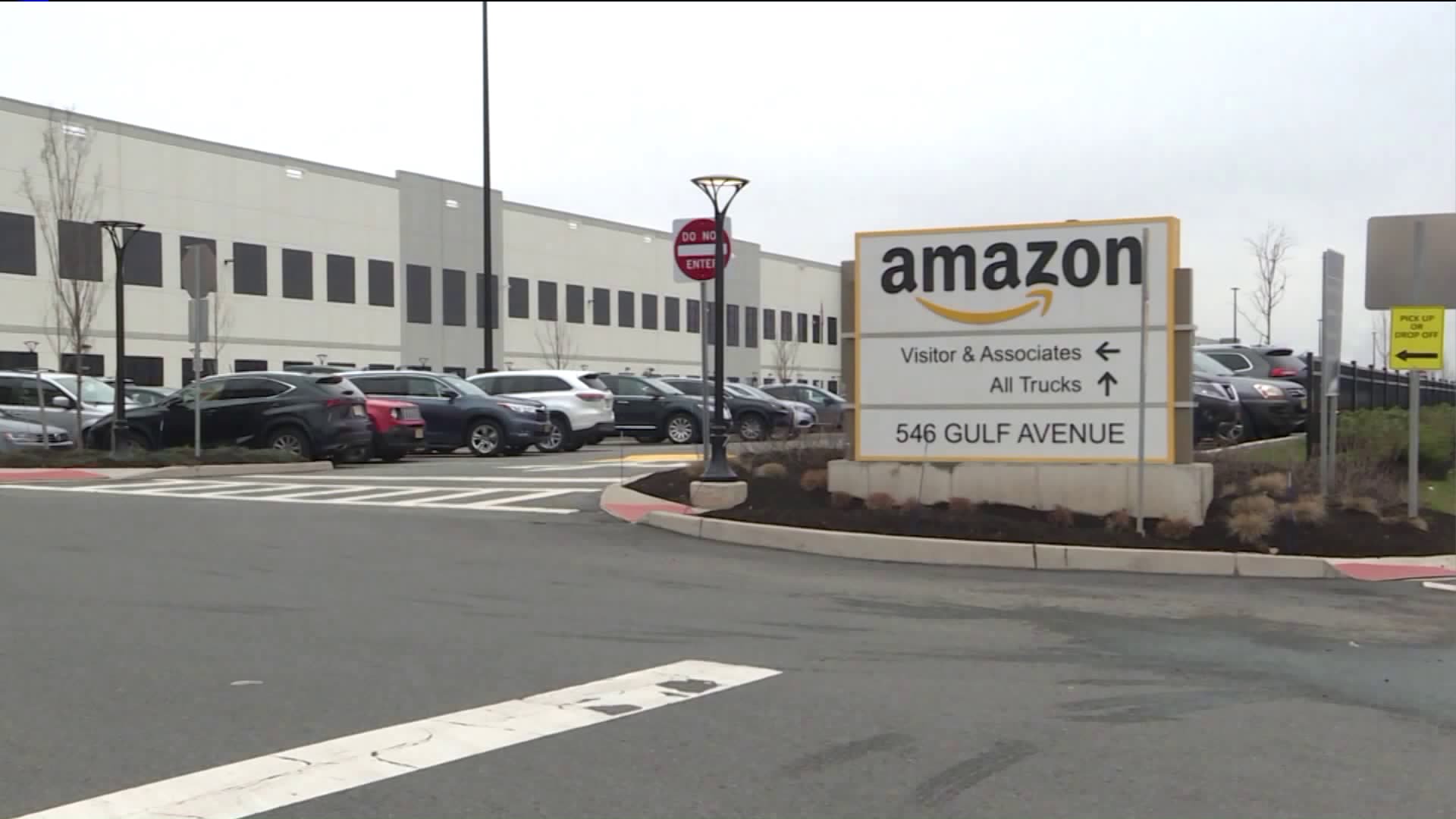 They say they're forced to work in hazardous conditions amid the coronavirus outbreak.

STATEN ISLAND — Amazon workers on Staten Island walked off the job Monday over what they called a lack of safety protocols to protect employees from coronavirus.

“We are the heart and soul of this building and they are going to treat us with respect,” said Derrick Palmer, who works at an Amazon warehouse in Staten Island.

Amazon has kept open the JFK8 fulfillment center on Gulf Avenue in northern Staten Island despite numerous confirmed cases of COVID-19, according to the protest organizers.

“They are not supplying any masks, any latex gloves at all - none of that,” Palmer said.

The workers are demanding better safeguards as well as adequate sick pay for employees who contract the virus.

“We just want the building to be sanitized honestly it’s not safe,” said employee Jordan Flowers. “It’s nowhere near safe, the building needs to be shut down.”

In a statement, a representative for Amazon said the company’s top priority is the health and safety of its employees. The company has also begun to administer daily temperature screenings in an effort to stem the spread of COVID-19.

The Staten Island facility was deep cleaned as of this weekend, a spokesperson said, and the company recently rolled out a number of new benefits including extended paid leave for full-time employees who do get sick and wage increases.

Chris Smalls, who said he helped organize the strike, said he was fired Monday.

“Amazon would rather fire workers than face up to its total failure to do what it should to keep us, our families, and our communities safe," Smalls said. "I am outraged and disappointed, but I’m not shocked."