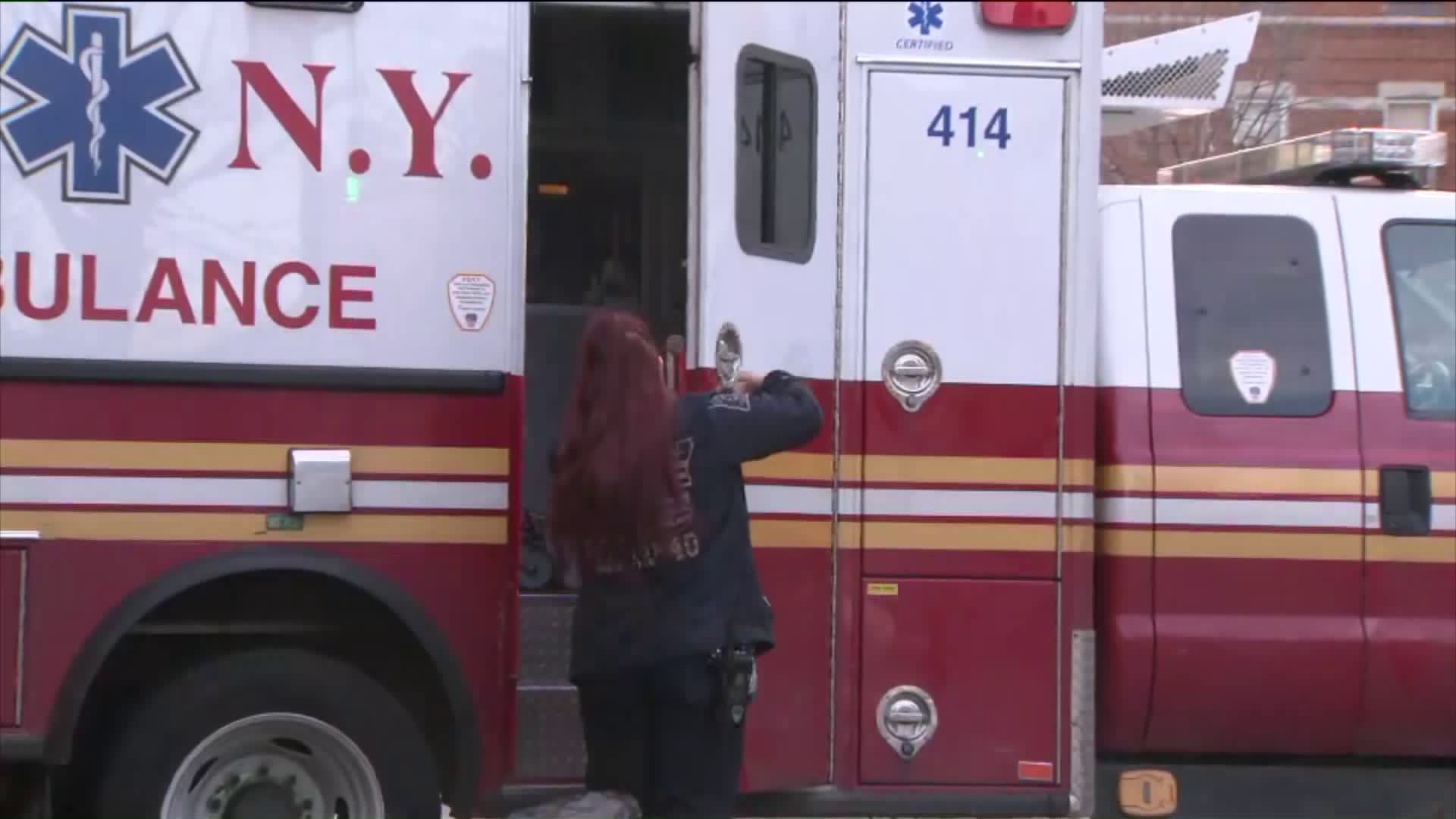 Officials say it's unusual to have five employees test positive at once, but it underscores a more serious problem.

ASTORIA, Queens — The FDNY is closely monitoring a COVID-19 outbreak within the Astoria Emergency Medical Services squad after five members recently tested positive for the virus, a department spokesman said Tuesday. However, EMS union leaders said that the situation underscores the many hazards that paramedics and EMTs are facing during the pandemic.

Oren Barzilay, the president of Local 2507, the EMS union, said that having five cases within one squad is "frightening, to be honest."

"From what I understand," Barzilay continued, "one of the members, it's his second time" being infected with COVID-19.

The infected members are on medical leave and the FDNY is conducting contact tracing and testing as needed, according to an FDNY spokesperson.

He also said that the department has produced "extensive training and messaging for all members on COVID response and mitigation."

However, some people on the job daily said that the department has not ensured that training and staffing are as good as needed.

Lt. Anthony Almojera operates out of the EMS station in Brooklyn's Chinatown. He's also a union official, and said that the pandemic has taken a toll on the EMS ranks.

"As a service," Almojera said in a Zoom interview, "I still think we're underprepared for a second wave, should it come. There's still a lot of us who are out sick, extended, because of the first COVID hit. Unfortunately, five of us have passed away since then, and we've also had four people [die by] suicide."

Areas of Queens have been experiencing a spike in the number coronavirus cases in recent weeks, however, Astoria is not a designated hot spot, according to city data.

Despite the outbreak, the percent of fire and EMS members out on COVID-19 medical leave has been below 3% for several months, according to the FDNY.

At the peak of the pandemic in New York City this past spring, about 25% of the department’s 4,400 EMS members were out on COVID-19 medical leave.

More than 5,000 firefighters and EMS personnel have been diagnosed with COVID-19 since March, according to the FDNY.

All FDNY members are provided with personal protective equipment, hand sanitizer and training related to COVID-19 response and mitigation, per the department.

All FDNY sites and apparatus are cleaned regularly, the department spokesperson said.

However, Barzilay, the union president, said that supplies can be spotty at times, often because the situation nationally is grim.

"It's six, seven months now," he said, "and we still can't get a hold of good product to protect first responders, the front liners. It's disturbing."

Also, even though infection rates among EMS workers is down considerably from the height of the pandemic, they're eager to keep the numbers down, said Almojera. He emphasized that it takes effort by the public to ensure that rates stay low among EMTs and paramedics, as well as among everyday citizens.

"The ask is not great," he said to PIX11 News. "Wear a mask. Try your best to wash your hands. Keep social distance as best you can. I don't think that's a heavy lift."

Those that brazenly ignore those suggestions do so in spite of first responders putting their lives on the line to fight the pandemic he said.

"The protests in Borough Park, where they're burning the masks." Almojera continued, referring to demonstrations against so-called COVID Red Zone closures in that Brooklyn neighborhood, "[We] in EMS that have borne the biggest brunt of this pandemic, we look at that and we just shake our head. It's almost like spitting in our face."

Barzilay elaborated on that point, in a separate Zoom interview.

"We're ordinary people, with extraordinary passion to help the public," he said, talking about his union members. "However," he continued, "we're not immune to this disease. So if we can get it, it's easily contracted to anybody."