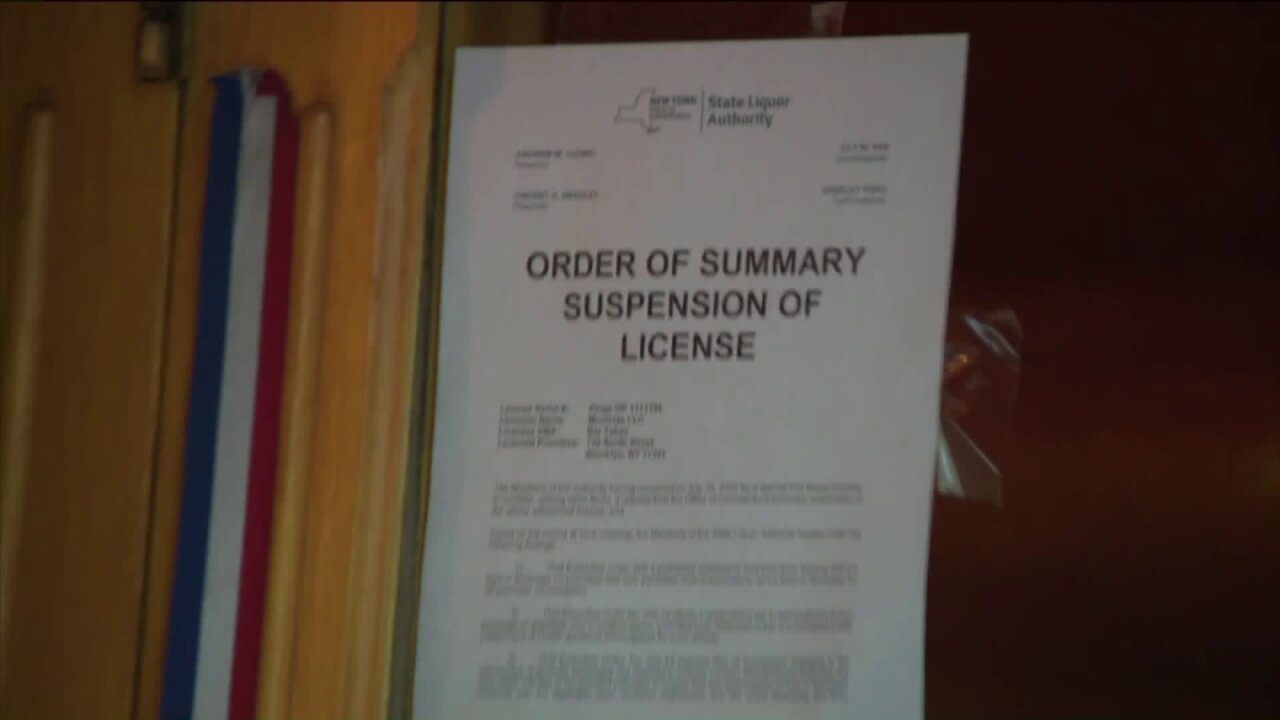 The State Liquor Authority task force, convened by the governor in July to crack down on establishments not following coronavirus restrictions and guidelines, visited 1,000 bars and restaurants on Saturday alone.

Since the task force was launched, investigators have inspected about 13,000 establishments, according to Cuomo.

The governor commended the task force for its “extraordinary amount of work” and called on local governments to step up enforcement.

Saturday’s violations are the latest in a weeks-long crackdown. On Friday, 41 violations were issued and seven establishments had their liquor licenses suspended, Cuomo said.

Bar Tabac, at Smith and Dean streets in Brooklyn, was among the businesses shut down by the task force. Investigators said they found seven employees without face coverings including the manager, bartender, host and four kitchen staff members.

Crowding outside of New York City bars and restaurants has been an issue since the weather began to get warmer and the number of new coronavirus cases started to drop in May.

Cuomo has warned that bars and restaurants who flout dining guidelines, sale of alcohol rules and social distancing restrictions will be held accountable.

He has also repeatedly called on the city and NYPD to step up enforcement.

The governor said the crackdown is necessary in order to keep coronavirus cases and deaths low.

Three more fatalities were reported on Saturday, bringing the death toll to more than 25,160, and 556 people remain hospitalized with the virus — the lowest number since March, according to Cuomo.