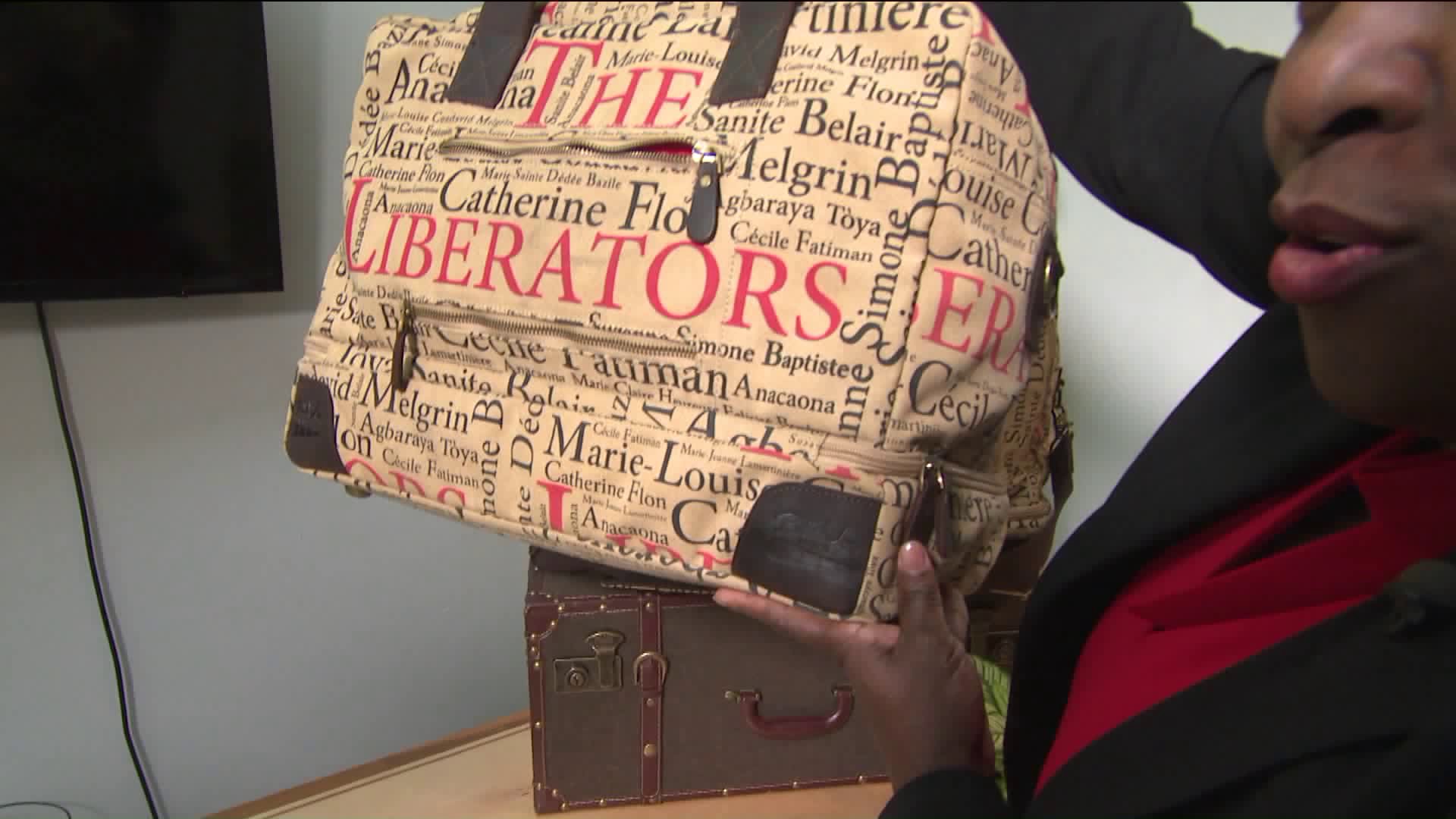 Ten years ago she started a tour business with her husband, Belle Vue Tours, which focuses on Haiti where they both are originally from.

After years of struggling to find a travel bag that suited her needs, Emmanuel decided to design one herself.

“I wanted to create a bag that is a conversational piece,” said Emmanuel.

She wanted that conversation to focus on the unsung female heroes of Haiti.

"Women are so instrumental in creating Haiti, but we don`t know as much as we should about them,” explained Emmanuel.

She decided to honor their memory with her new bag design. She called it “The Liberators,” and covered it with the names of ten women who fought against slavery and played a role in Haitian history.

“Agbaraya Toya was the biggest one for me,” explained Emmanuel.

Also known as Victoria Montou, Toya was a female soldier who helped raise and train the first leader of an independent Haiti, Jean Jacques Dessalines.

Also included, Sanite Belair, who was a ranking military officer considered one of the heroes of the Haitian revolution.

The Liberators even caught the attention of Massachusetts Congresswoman Ayanna Pressley, whose husband posted a picture on social media showing Pressley with the bag in D.C.

But it was a recent conversation with a man at the post office that showed Emmanuel her bag is accomplishing the goal she set when she first designed it.

He said I don`t know what this bag is about but all I know is it says the liberators and I see all these names, “ explained Emmanuel, “I just love the look of the bag, what does it mean? And that's it, that’s really what I`m going for... to start the conversation.”

To learn more about The Liberators bag, you can visit the website here.