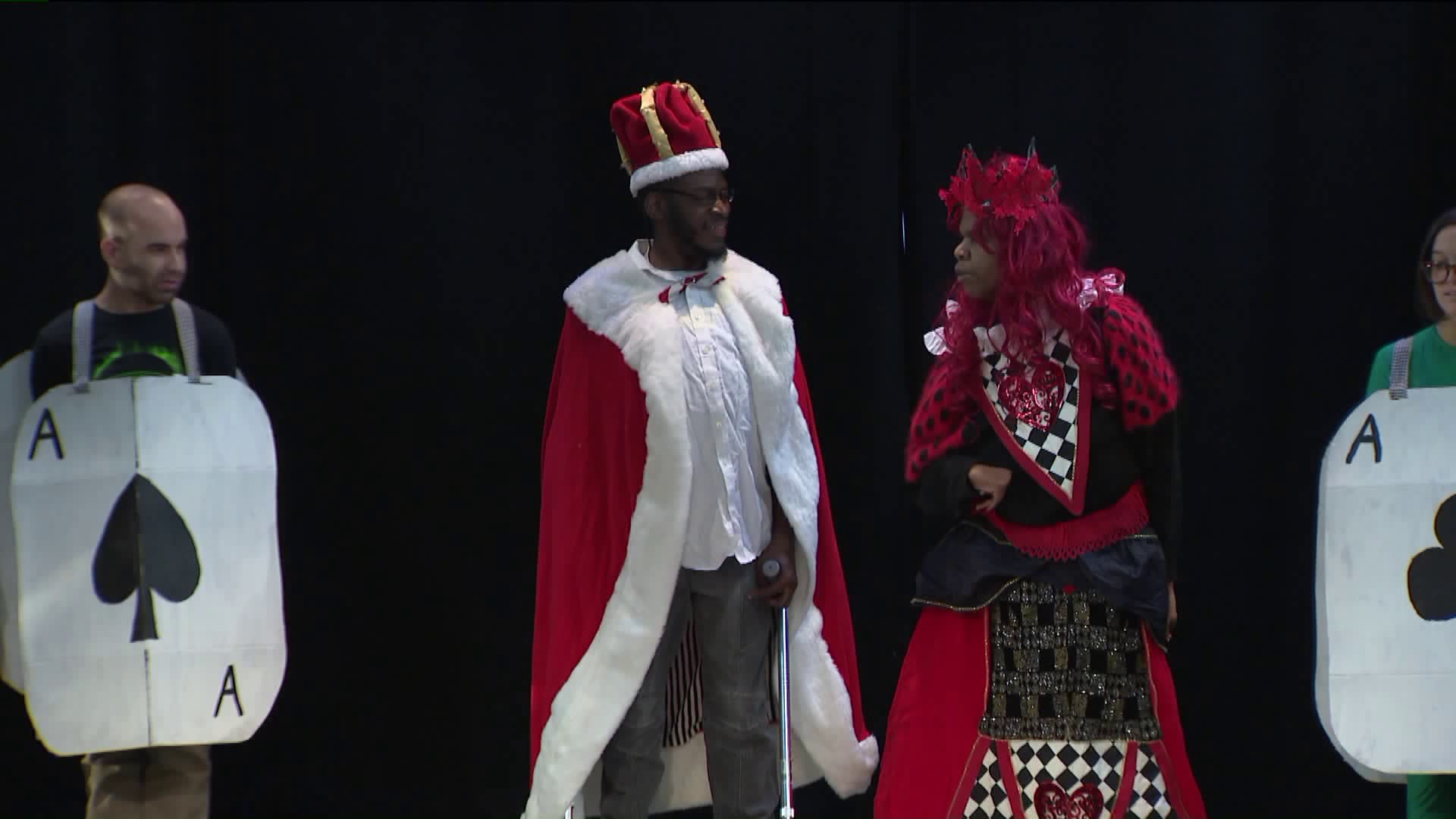 The artists at Gibney are in the spotlight for making their performing arts space accessible to everyone. They just hosted an adapted version of the classic “Alice in Wonderland” in their downtown space with some very special actors.

MANHATTAN — The artists at Gibney are in the spotlight for making their performing arts space accessible to everyone. They just hosted an adapted version of the classic “Alice in Wonderland” in their downtown space with some very special actors.

“Off with their heads!” said Queen Branch, one of the actors supported by the ADAPT Community Network.

PIX11 visited the group as they prepared to go down the rabbit hole, rehearsing for two sold out performances.

Many of the actors here are part of the ADAPT Community Network, a non-profit that provides cutting-edge programs and services for people with disabilities.

Branch added, “I feel that you can express anything if you put your mind to it.”

“Hold your tongue, everybody!” Kathleen Archibald exclaimed form the stage.

Archibald is also supported by ADAPT Community Network and is no stranger to the stage.

“I was in 'The Tempest' last year — I was the villain,” Archibald said.

But this is the first time Archibald and Adapt will be performing publicly, in two shows that are both sold out.

“I was like 'Oh wow! Oh wow, people's going to like us,'” she said about hearing the news of the shows being sold out.

The play is being hosted by Gibney, where the group has been rehearsing for months.

The Gibney staff understands the importance of being an inclusive and accessible space.

Gilmour said while their space was always wheelchair accessible, disabled artists had to use a service elevator.

“And that is not emblematic of who we are as an institution, and the message that we want to send to the artists that we serve,” explained Gilmour.

So Gibney made installing a new elevator, fitted for wheelchairs and located as the main entrance, a priority project.

"When we come in, to sign-in, we are coming in with everyone else, so they we able to just meet and greet people in the same way that any other actor or dancer would come in," said ADAPT Theater Specialist Gabbi Grenell.

It’s a structural change with profound meaning, sending a message to people with disabilities who use the Gibney.

Archibald said, “A place like the Gibney gives people a chance to perform and show their craft to the world.”

We heard both sold out shows went well, and the group is looking forward to their next project.

If you’d like more information on the ADAPT Community Network, the services they provide or to donate to them, you can visit their website here.