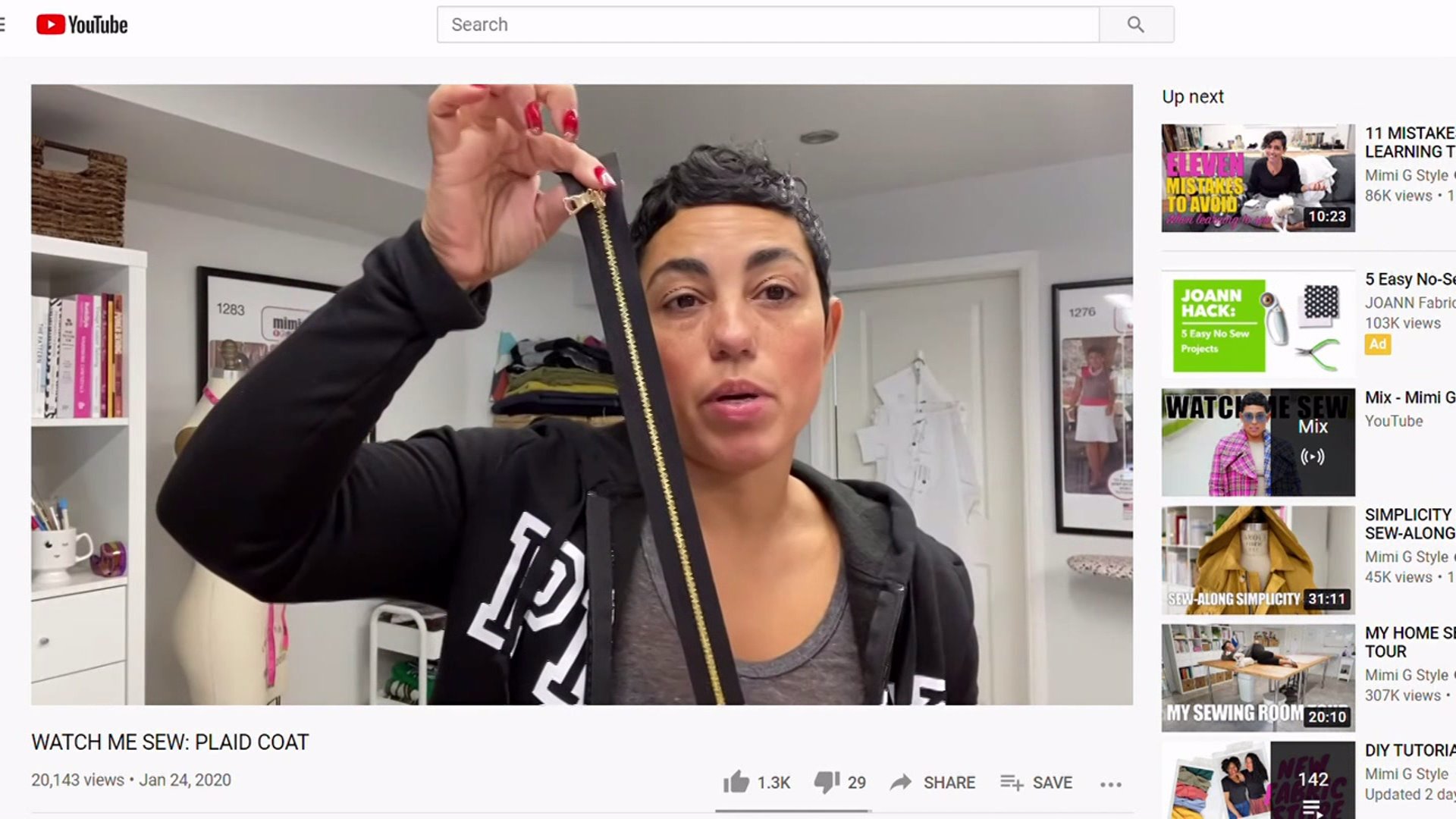 She's been the queen of DIY fashion for years.

Mimi G Ford, also known as Mimi G, has been the queen of online Do-It-Yourself fashion for years.

"I've built a huge community of hundreds of thousands of people, men and women, who sew,” she explained.

At the height of the COVID pandemic, Mimi G released a tutorial on how to sew a face mask. That video got more than 2 million views. Mimi G’s life is a truly inspirational rags-to-riches story.

"I grew up in Chicago and then ran away from home at 15. I ended up in Los Angeles,” explained Mimi G.

She was a single, teenage mother, panhandling to feed her young daughter. Mimi G said she even ended up homeless multiple times.

"In between those times, I tried to work wherever I could, do whatever I could to sort of stay afloat,” she said.

Mimi G eventually landed steady work in film production and that's when she started a blog about sewing, a hobby she learned as a kid. Her blog focused on the clothes she was creating for herself, after having problems finding pieces that properly fit her body type.

"Within that first year of starting Mimi G Style back in 2012, I went from maybe a thousand page views a month to over a million page views in the first year,” she explained.

Now, Mimi G Style is getting around a million page views a month. The blog led to a YouTube page filled with sewing tutorials, teaching women how to make everything from pencil skirts to dresses.

"What I noticed was that people needed sort of a foundation,” Mimi explained. "So I designed Sew It Academy so that anybody can join without having any sort of experience.”

Mimi G launched the Sew It Academy in 2016. The online sewing school costs between $12 and $18 dollars a month. It offers step-by-step instruction giving students the tools to create their own clothes.

"Students that have been with me going on five years now are making tailored coats,” she explained.

A few months ago, they made a Chanel inspired jacket.

With more than 17,000 students enrolled in the Sew It Academy, and millions of fans and followers across social media, this changemaker turned her relaxing hobby into a thriving fashion empire.

Mimi G is in the middle of writing her first book, which is scheduled to be released late next year. Click here can visit the Mimi G website to check out the blog and learn more about the Sew It Academy. You can visit Mimi G’s YouTube page to see all her free tutorials.