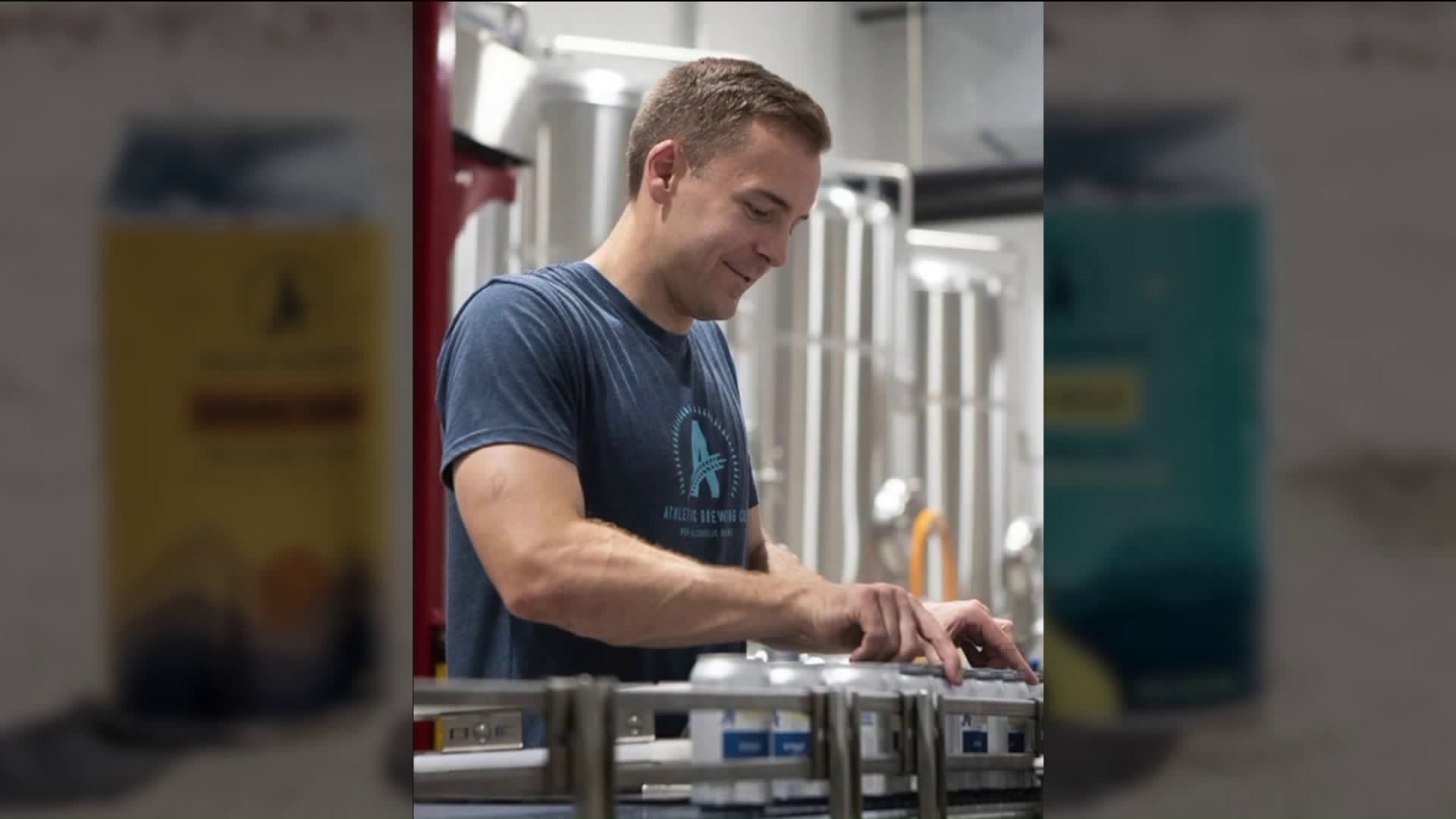 A local business is taking advantage of a growing trend while also trying to break a stigma.

STRATFORD, Conn. — Beer without the buzz is all the rage with millennials and more, and a local brewery is playing a big part in helping that trend grow with tasty craft brews.

Connecticut-based Athletic Brewing Company is a pioneer in the American beer industry. It's the first brewery in the country dedicated entirely to making only non-alcoholic beer.

“Athletic Brewing was kind of an accidental idea, it grew out of an authentic need out of my own lifestyle," said Bill Shufelt, the co-founder of Athletic Brewing Company.

More than five years ago, Shufelt was making a change to a more active and healthier lifestyle as he prepared to turn 30.

"I still loved doing all the things like socializing, occasions with family, friends, weddings, sports,” he explained, “and there just weren't beverages that were premium and fit for adults on those occasions."

An interest in a non-alcoholic alternatives turned into an obsession, and then a mission.

Shufelt quit his job in finance and teamed up with award-winning brewer John Walker, who is the co-founder and head brewer at Athletic.

"He basically said, 'We are not launching this beer unless it's a great beer, not just like a good nonalcoholic beer,'" Shufelt explained.

They experimented with small batches first before opening Athletic Brewery in Stratford, Connecticut in 2018.

“We thought we had built that with about five years of capacity, and we outgrew it in about 10 months,” said Shufelt.

They opened a second brewery earlier this year in San Diego, California.

Their growth follows an increasing trend of the “sober curious” movement. According to a recent study, 66% of millennials say they plan to reduce their alcohol intake.

"They might stop drinking forever, for a month, for a week or just for a couple of hours,” explained Shufelt, “and I think the work sober needs to evolve to meet those occasions.”

Shufelt said their beer tastes just as good as beer with alcohol.

“It's crafted to remove gluten, it's only 50 calories, it's kind of our guilt free weeknight beer," he said.

Athletic Brewing Company is hoping to change the way everyone thinks of drinking beer without the alcohol.

"'Sober' has always had this Prohibition-era stigma on it, where it's something that people do when they can't participant in the fun,” explained Shufelt, “and we're really out to shatter those perceptions."

Athletic Brewing Company has made giving back part of its mission. They donate 2% of all sales to their “Two for the Trails” program, rehabilitating trails and parks across the U.S.

Athletic Brewing Company's non-alcoholic beers can be found at restaurants and stores across the tri-state area and ordered online. Click here to visit their website and find out more information.