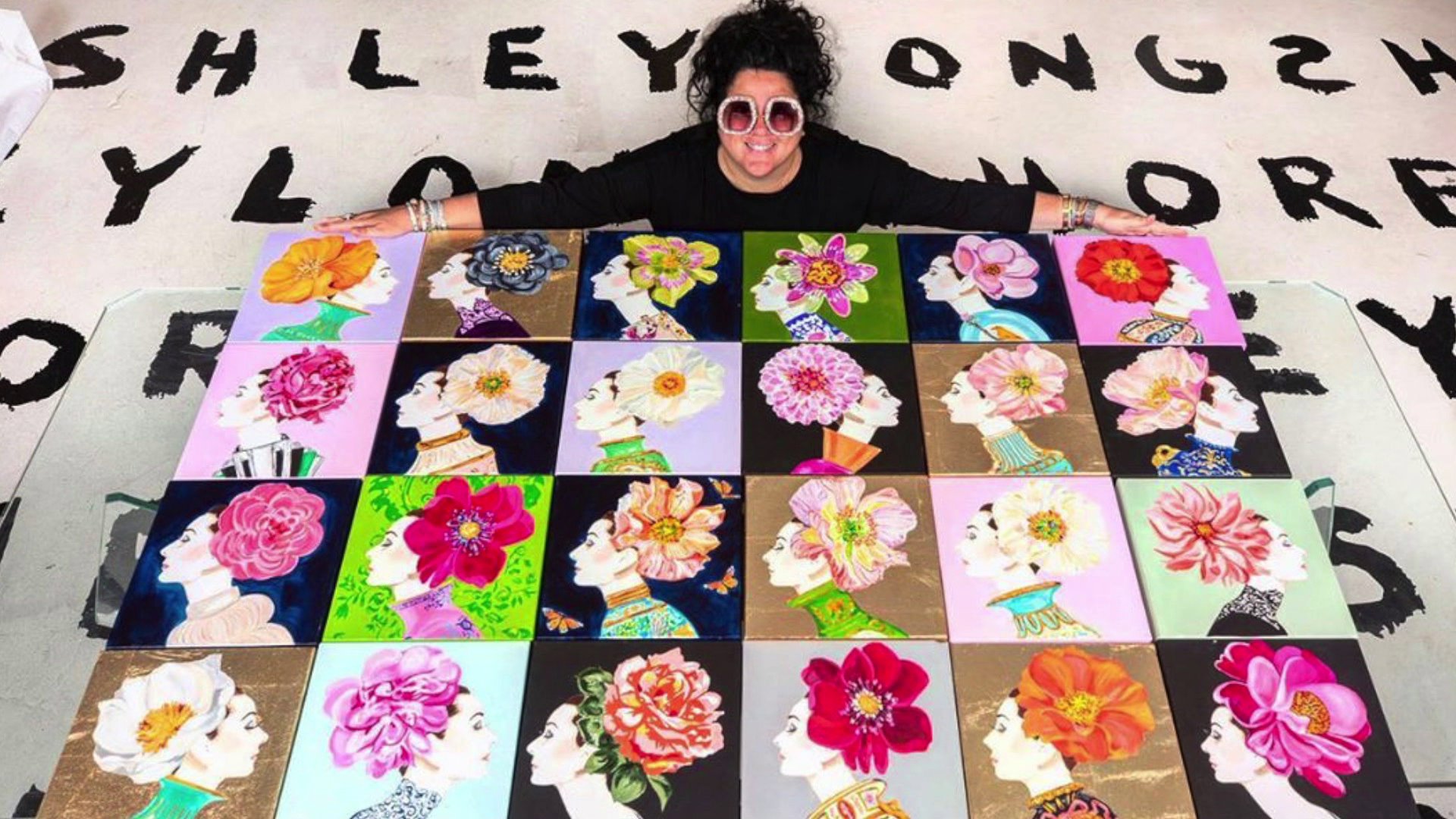 Ashley Longshore’s art is a reflection of her personality: vibrant, flamboyant and full of life. But it’s her generosity that shined through after the coronoavirus pandemic started spreading across the country.

NEW YORK — Ashley Longshore’s art is a reflection of her personality: vibrant, flamboyant and full of life. But it’s her generosity that shined through after the coronoavirus pandemic started spreading across the country.

“When this initially hit, of course my first fear was the health of the people I love, the health the health of my team, ‘oh my god how am I gonna make payroll’,” explained Longshore.

Her loyal fans helped her business thrive during this lockdown, allowing Longshore to fulfill her personal goal.

“I made it very clear that I absolutely wanted to give back to my community,” she said.

Since late March, Longshore has donated more than $130,000 to local charities in New Orleans, where her studio is based. Her donations include thousands to the Second Harvest Food Bank, The New Orleans Women and Children’s Shelter and The Lazarus Project, a shelter for the homeless with HIV and AIDS.

"They have severely compromised immune systems and they`re an important part of the community,” said Longshore.

"It's hospital approved art projects and books for kids,” Longshore explained. "You know when they're making art, they forget for a minute how sick they are.”

Longshore’s success story includes tales of rejection from mainstream galleries early in her career. But she believed in herself, maintained her unique style and leveraged social media to build a dedicated following over the years.

“If I was depending on a gallery right now to sell my artwork, I don't know if I would have the profit margins available to continue to sustain my employees, as well as to give back over $100,000 into the community," she said.

Longshore’s clients include A-List celebrities such as Blake Lively, Kelly Ripa and Penelope Cruz. She’s made her mark here in the city, redesigning the Palette Café at Bergdorf Goodman, and with an exhibit celebrating women at Diane Von Furstenberg’s flagship store in the Meatpacking District.

“I have so many incredible mentors; Diane Von Furstenberg, we text and have been speaking a lot during all this," Longshore said. "She's really been a very calming force for me throughout all of this."

Longshore plans to keep on giving throughout this pandemic and to continue making art.

“I’m actually working on a collection that I’ll release at some point that’s my response, my emotional response, to all of this,” she said. "It’s a lot to take in.”