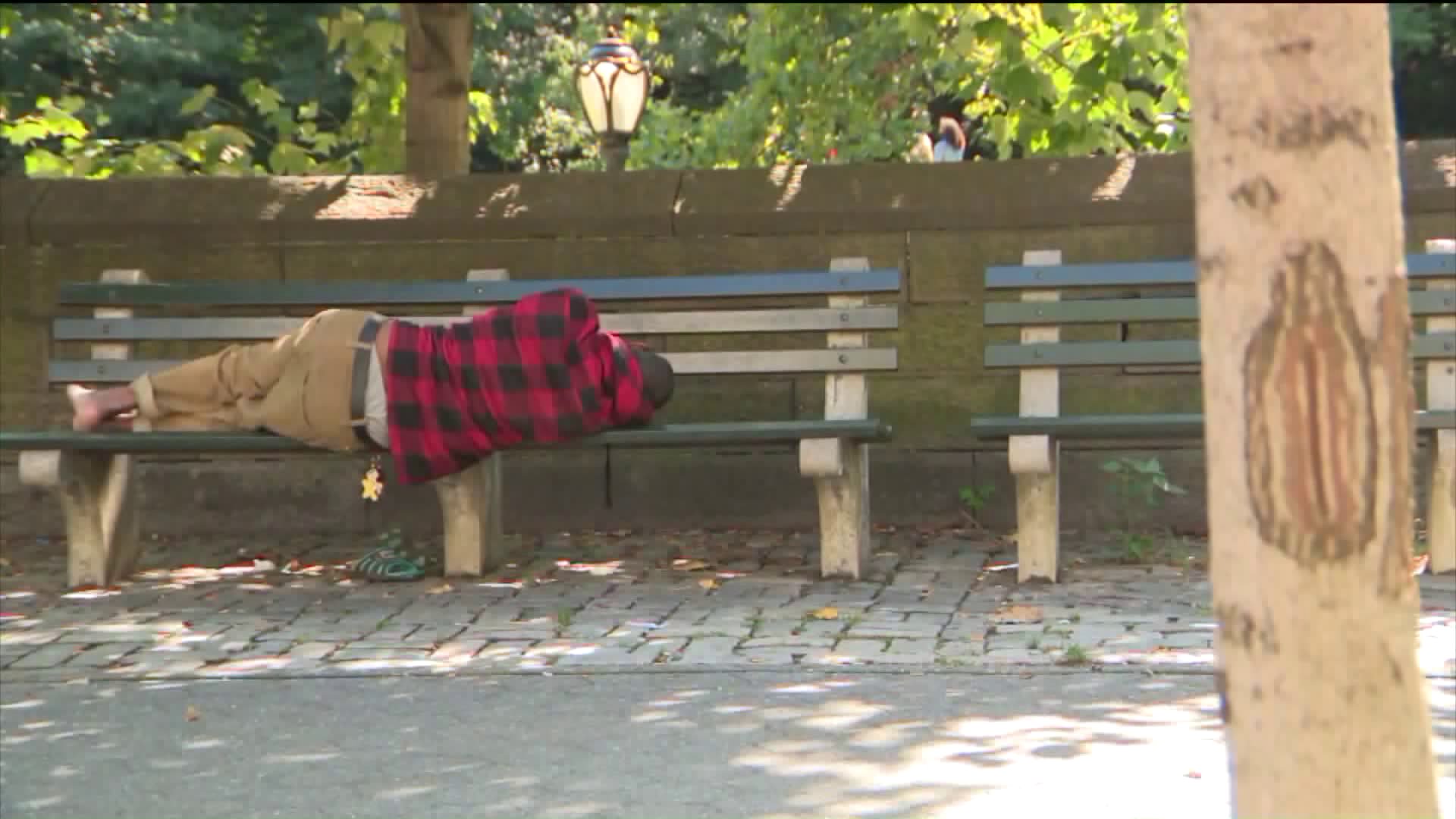 Parents on the Upper West Side have major safety concerns ahead of the upcoming academic year. Outdoor learning has been offered as another learning option as they try to keep students and educators safe. However, parents are concerned the homeless population around the neighborhood could put their children at risk.

NEW YORK CITY — Outdoor learning has been offered as another learning option as they try to keep students and educators safe.

However, parents on the Upper West Side are concerned the homeless population around the neighborhood could put their children at risk.

Kathy Murray said a homeless man tried to punch her while she was walking on the Upper West Side.

“He ran after me screaming and I ran away,” she said.

“I’ve never felt so unsafe as I do walking home and walking in this neighborhood.”

Three hotels, The Lucerne, The Belleclaire and The Belnord, were turned into homeless shelters by the city during the pandemic.

With no date in sight to move the homeless population back to shelters, parents are taking their worry to the NYPD, asking for stepped up patrols for the start of school and launching a brand new program, Youth Coordination Officers.

Heading into the Labor Day weekend, the United Federation of Teachers is sending a message to the Dept. of Education if schools are not ready by their standards — teachers won’t be going into the building.

The teachers union is conducting their own inspections and those reports will go to their chapter leaders and then compared with the city's reports.

Because of ongoing ventilation concerns, outdoor learning has been at the top of everyone’s minds.

So far, the Department of Education said 826 have applied for outdoor learning and 28 of them still need approval because they don’t meet safety guidelines.