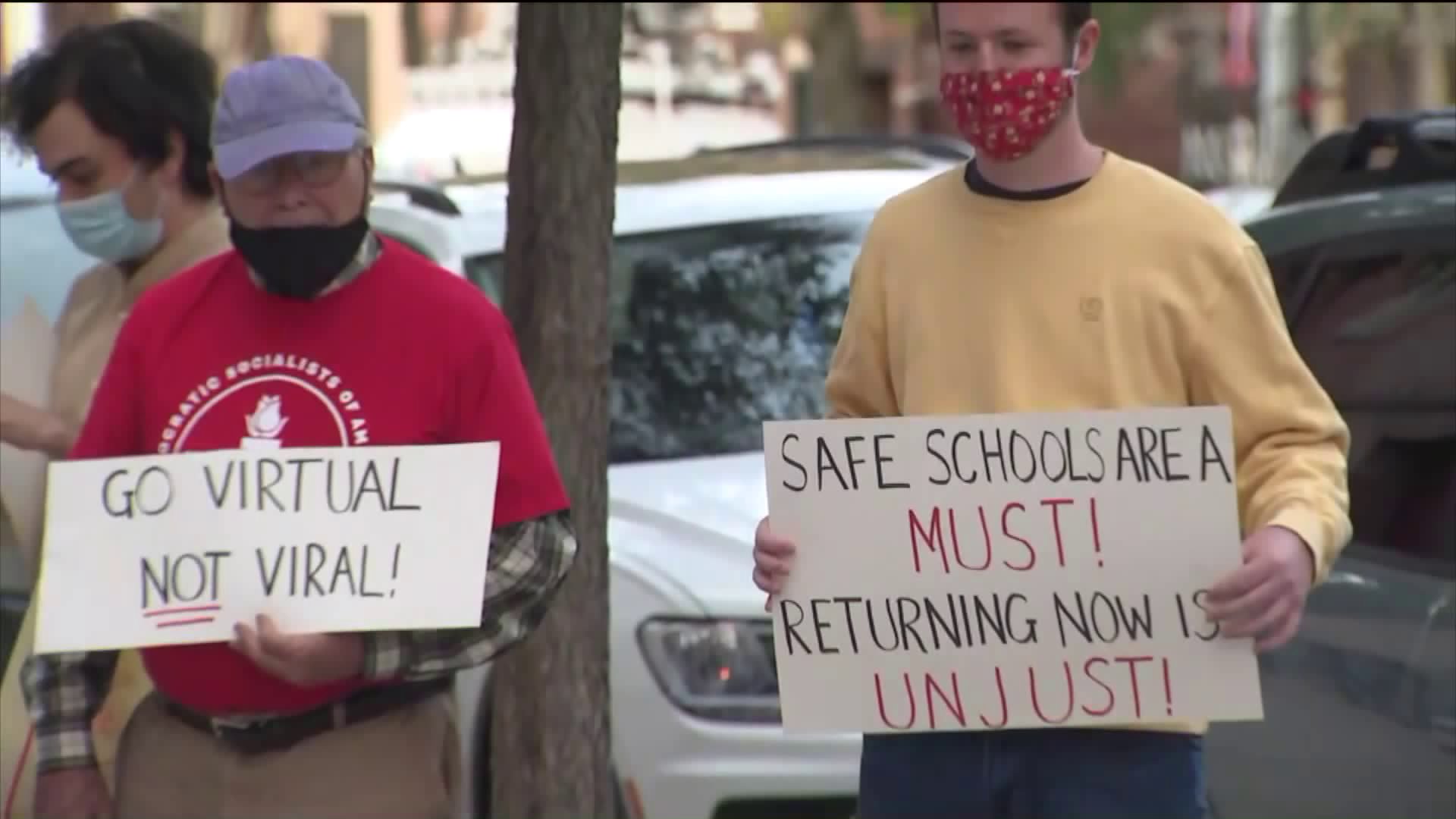 Teachers called for more funding and an even further delay to in-person learning on Tuesday, less than a week before students are set to return to class at New York City public schools.

NEW YORK CITY — Teachers called for more funding and an even further delay to in-person learning on Tuesday, less than a week before students are set to return to class at New York City public schools.

Mayor Bill de Blasio acknowledged the lack of funds if a hurdle, but said an additional 2,000 teachers to offset possible staffing shortages caused by COVID-19, is sufficient despite demands for five times that amount.

"If there's still some gaps, we'll take another step, but I think this 2,000 will solve the problem by and large," he said.

United Federation of Teachers President Michael Mulgrew disagreed and noted there was a "major staffing challenge."

Currently, 58 percent of students have opted for in-person learning when school starts on Sept. 21.

De Blasio said school would not be delayed again after the opening date was moved from Sept. 10.

Schools across the city were cleared to reopen after ventilation inspections. The Martin Luther King Jr. Campus in Manhattan, which houses six schools, will remain shut down because of ventilation issues. Logistics are being worked out to determine will students will go instead.

"The problems that have been raised about individual classrooms, for example, those are being resolved, but if there's some classrooms in the building, they simply will be held offline if needed," he said.

In the Bronx, teachers at a rally outside Grace Dodge Career and Technical School said they were still concerned. They said there isn't enough PPE or communication from contact tracers.

De Blasio said a new Test and Trace hotline should improve the speed of contact tracers. He asked teachers to come forward if they were supposed to hear from contact tracers but had not.

"That hotline for the Test and Trace Corps is 2-1-2-COVID-19, couldn't be easier to remember: 2-1-2-COVID-19," he said. It's one place you can call, you can get information about testing sites, where you can get free testing near you. You can get advice from medical staff directly, information about how to quarantine properly, how to safely separate. If you need other types of help, like mental health counseling, because so many people going through so much, you can get help through that number too."