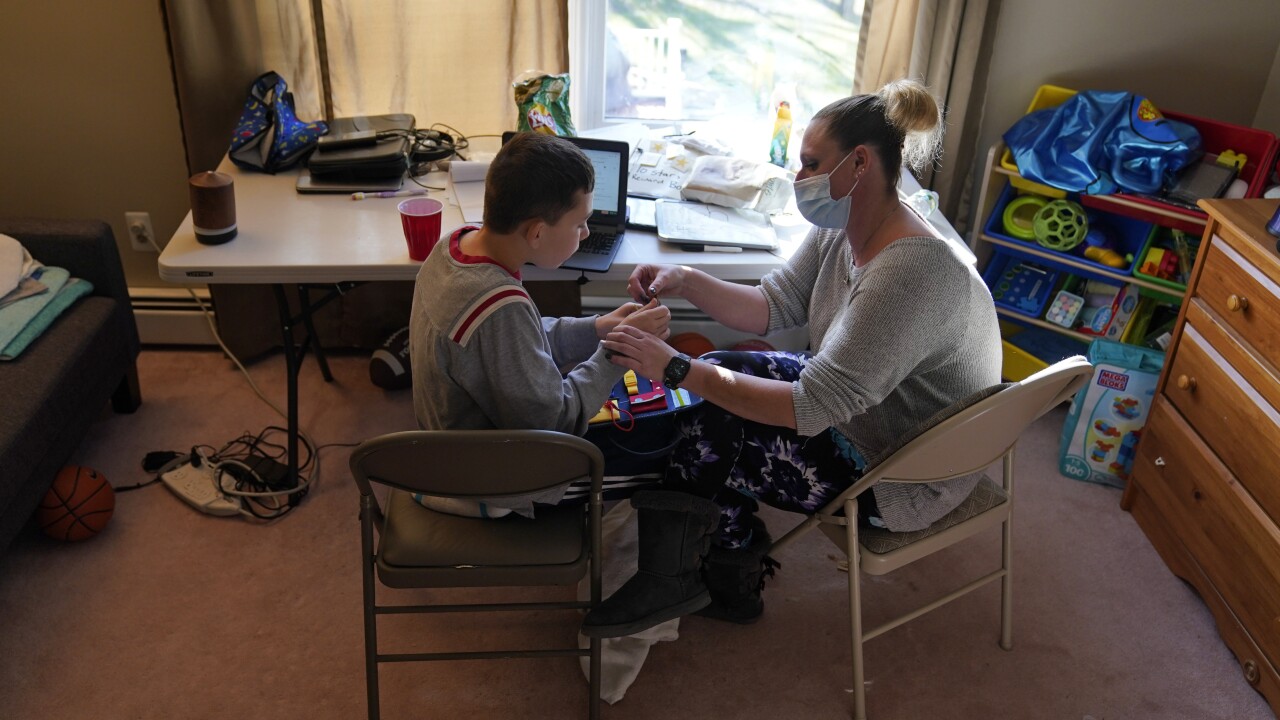 NEW YORK CITY — The pandemic is threatening to wipe out the educational progress made by many of the nation’s 7 million students with disabilities, according to advocates.

The extended months of learning from home and erratic attempts to reopen schools are deepening a crisis that began with the switch to distance learning in March, advocates said.

Some schools have prioritized students with disabilities in reopening plans, but those options have only fueled further anguish when they have been reversed because of the virus.

Some parents are pursuing legal challenges and requesting makeup services. Many worry that the ground lost will be impossible to recover.

In New Jersey, paraprofessional Jessica Wein helps Josh Nazzaro stay focused while attending class virtually from his home in Wharton. Without any in-school special education services for months, Nazzaro’s normally sweet demeanor has sometimes given way to aggressive meltdowns that had been under control before the pandemic.

The teenager, who has autism and is nonverbal, often wants no part of his online group speech therapy sessions, and when he does participate, he needed constant hands-on guidance from aides hired by his family.