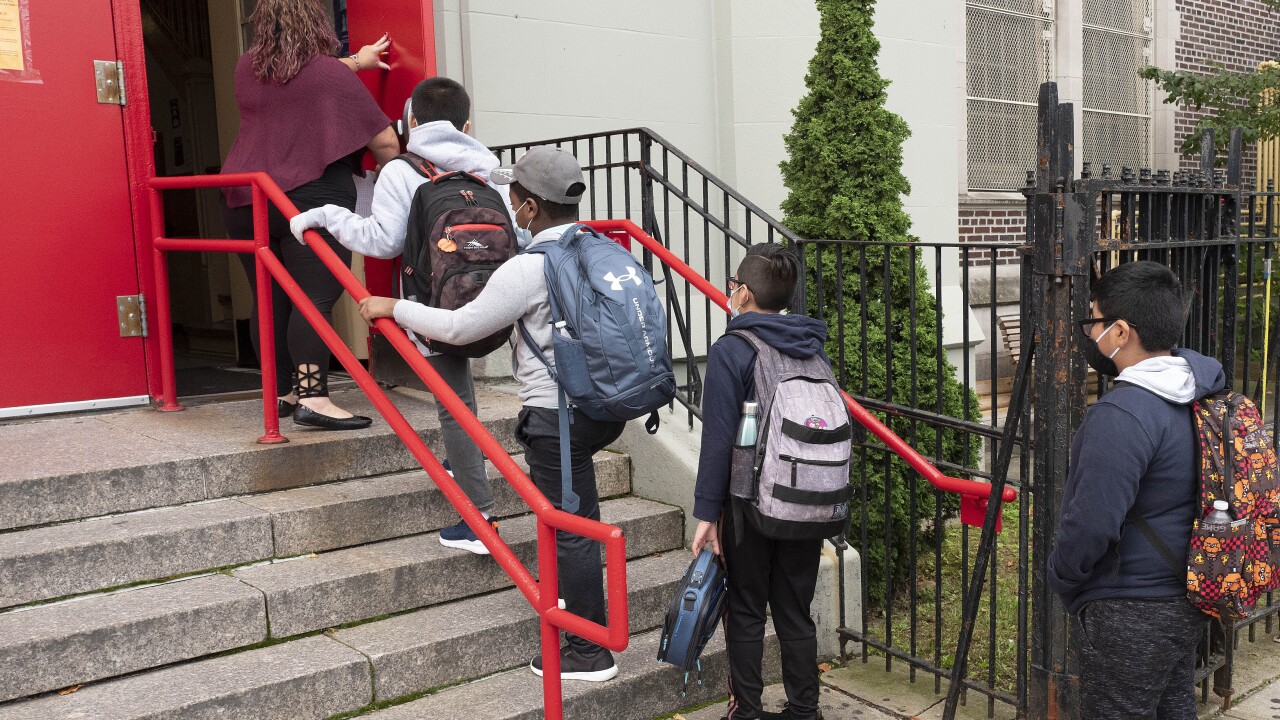 Mark Lennihan/AP
A teacher leads her students into an elementary school in the Brooklyn borough of New York on Tuesday, Sept. 29, 2020, as hundreds of thousands of elementary school students are heading back to classrooms in the city, resuming in-person learning during the coronavirus pandemic. The coronavirus is infecting a rising number of American children and teens in a trend authorities say appears driven by school reopenings and the resumption of sports, playdates and other activities. (AP Photo/Mark Lennihan)

NEW YORK CITY — The New York City school district rolled out a monthly plan to test students and staff for the coronavirus.

New York City Mayor Bill de Blasio said the city plans to do more than 100,000 virus tests on students a month, at a cost of between $78 and $90 per test.

The nation’s largest school district will test 10% to 20% of students and staff in every building monthly beginning Thursday, the same day the final wave of the district’s more than 1 million students began returning to brick-and-mortar classrooms.

De Blasio announced the plan as part of an agreement with the teachers’ union to avert a strike. At least 79 Department of Education employees have died from the coronavirus.

The CDC said coronavirus in school-age children in the U.S. has been rising since early September when many returned to classrooms.