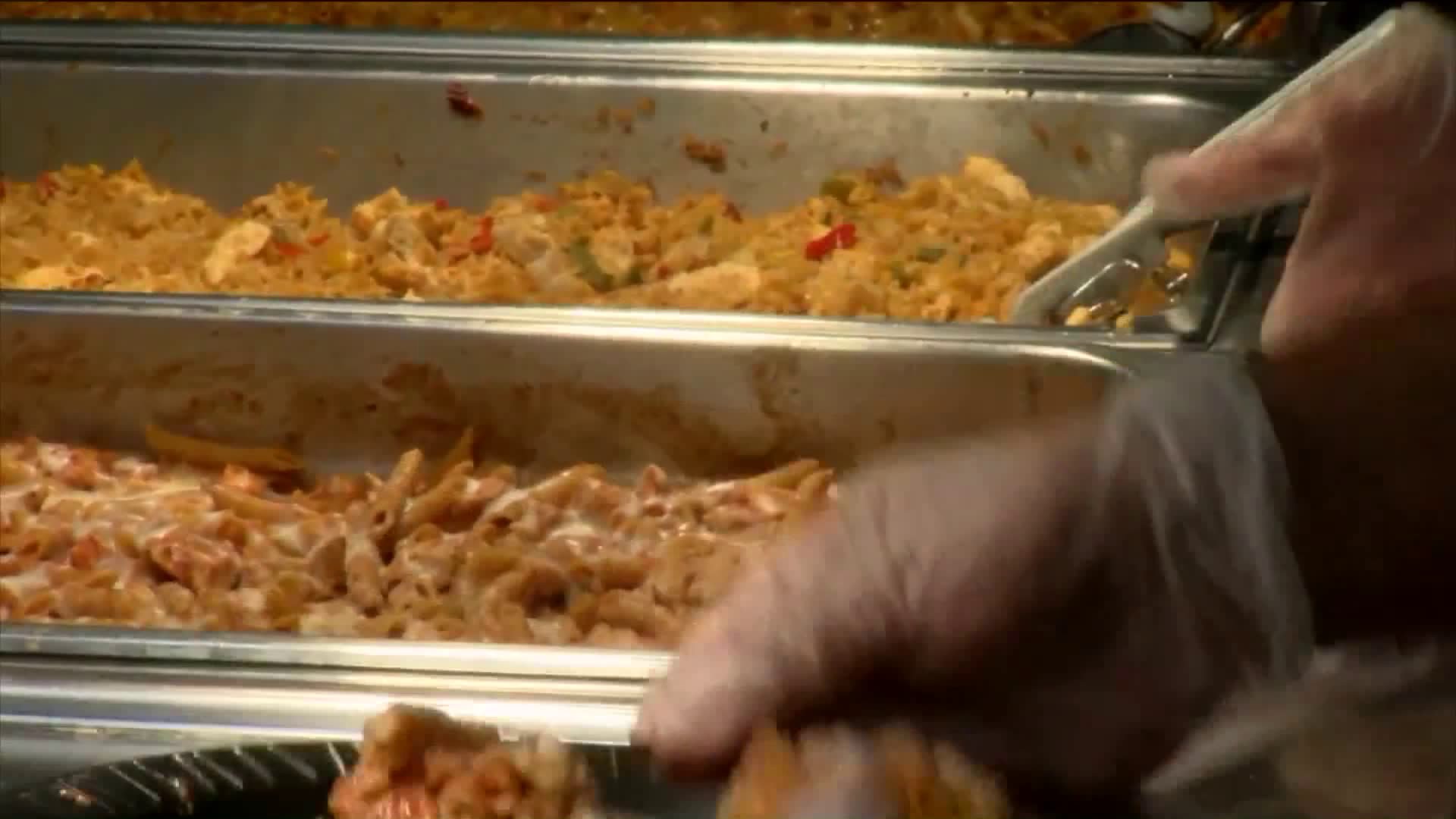 NYC school food workers have been inside school buildings since the pandemic and since NYC public schools pivoted to remote learning in March.

NEW YORK CITY — New York City school food workers have been inside school buildings since the pandemic and since NYC public schools pivoted to remote learning in March.

Many of them have been in hot kitchens, with no windows, no air conditioning or a proper ventilation system and not enough people to help them.

John Ahamed, a Brooklyn worker told PIX11 News Friday he’s been doing it for the kids but it hasn’t been safe and his fears are growing as kids start to make their way back into school buildings Monday.

“The food comes in, we prepare, we bag it up, it could be 300-400 a day with just two or three of us bagging which is insane and then we put in transporter bags, bring it to the front serve it to the public,” said Ahamed.

He’s been working in hot NYC school kitchens for nine years and since the beginning of the pandemic.

According to union leaders at DC37, of the Union’s 23,000 members who perform support services to NYC public Schools, about 9,000 work in school kitchens and cafeterias.

Since March, 100 million grab and go meals were prepared and given to students and their families in some cases.

But according to Ahamed, working conditions weren’t safe before COVID-19 and aren’t any better now.

“Some kitchens you go into the basement there’s no windows no AC, nothing, there have been workers who passed out from the heat.”

“When we throw it into garbage, they want us to poor bleach in the bag so no-one takes it out of the garbage,” he said.

The department of education released this statement to PIX11:

“Food safety is our staff’s number one priority and when food is no longer safe for consumption it is disposed of. All of our kitchen staff are trained on reducing food waste and our grab-and-go meals are designed to be returned to inventory if not used. We neither waste food nor serve unsafe food to students or the public.”

Schools food workers continue to do heavy lifting, clean, cook and distribute meals during this pandemic, while being some of the lowest paid workers in the city’s school system, getting only $13-$17 dollars an hour. Many PIX11 talked with say not only are they fearing for the safety, as students head back to school buildings beginning Monday, but budget cuts as well.

“That would satisfy me if they had a proper plan and not cut the workers,” Ahamed said.

Donald Nesbit, Vice President of District Council 37 said that when you’re checking for ventilation in other areas, the kitchen is a priority.

According to a Department of Education spokesperson,school kitchens are being inspected too, statuses are being included in each school’s ventilation report.