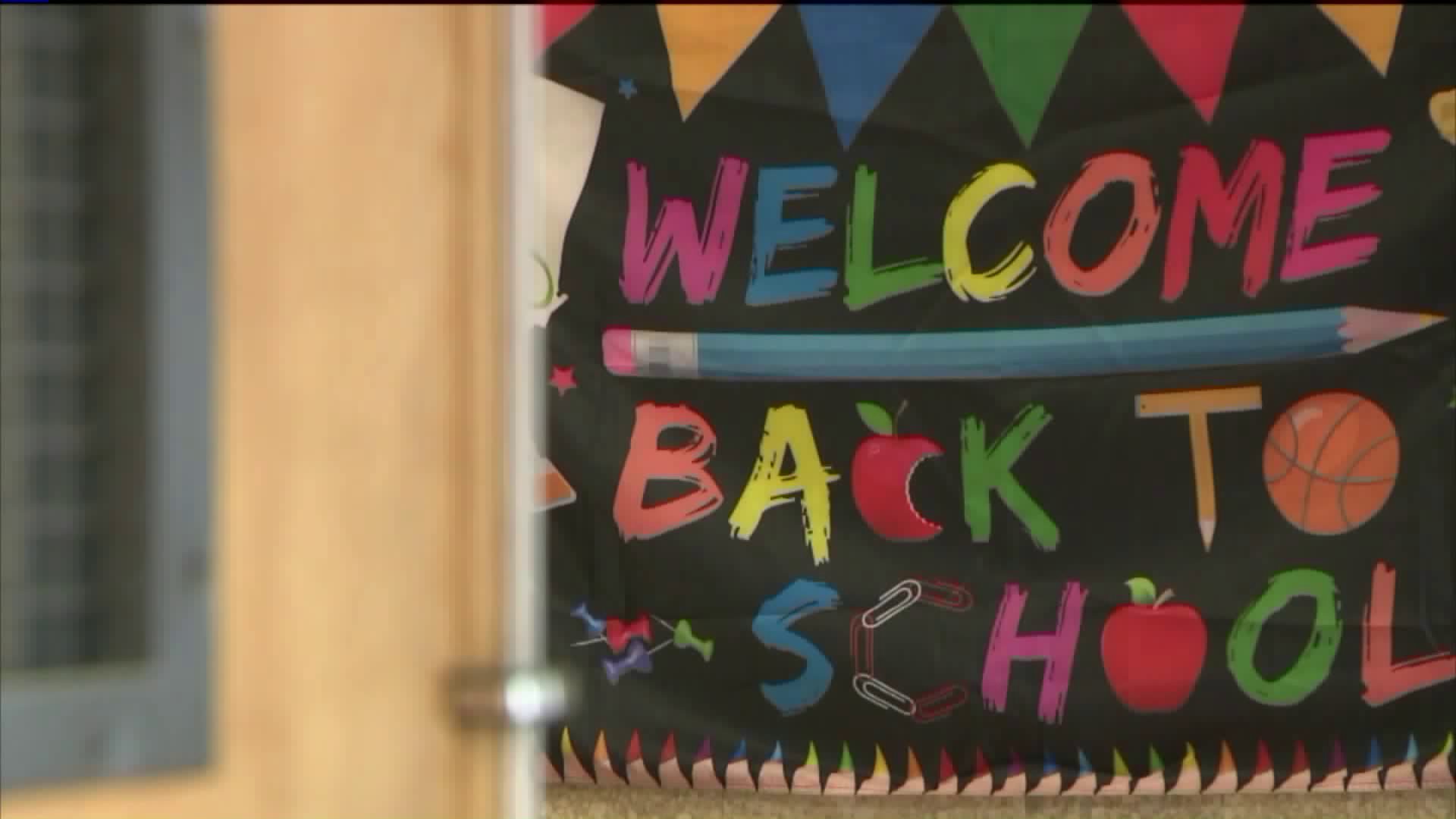 Students and teachers are preparing for the return to New York City school buildings despite a spike in coronavirus cases in some neighborhoods.

NEW YORK CITY — New York City students in elementary and K-8 schools will return to classrooms Tuesday for the first time since the coronavirus pandemic shuttered buildings in mid-March.

Still, the doors of P.S. 452 will be among hundreds across the city that reopen Tuesday for the first time in more than six months.

Despite the major milestone, the mayor and schools chancellor declined to take questions on Monday.

Gov. Andrew Cuomo, meanwhile, made it clear that while he is closely watching, he will not take control of city schools unless there is a major spike in coronavirus cases.

“I get the concern from the principals union and we will be watching the numbers closely,” he said Monday.

The principal union’s vote of no confidence in the mayor and schools chancellor comes as the city grapples with a teacher shortage.

The crisis has forced principals to make tough decisions, including one school placing 50 students in one online class.

“Many of our schools do not have the resources to safely reopen this week,” he said. “And many of my colleagues were threatened to not speak up in fear of retaliation.”

For parents like Alina Dowe, anxiety is running high as she prepares to send her two kids back to school for blended learning Tuesday.

“I’m always concerned about social distancing and how does that really look,” she said.

But challengers with remote learning were enough for Dowe to send her sixth-graders back to the classroom.

“It’s not just about attendance, showing that they logged in. I wanna know how long they’ve been able to stay in class. How attentive have they been? When they are in class, are they actually learning anything? Because a lot of times there’s so many kids that are on there talking at the same time that a child can’t even hear anything,” she said.

Still, an increasing number of parents are choosing to go all-remote as the city struggles to reopen school buildings. As of Monday, the Department of Education said 48% of students have opted into the remote learning program.