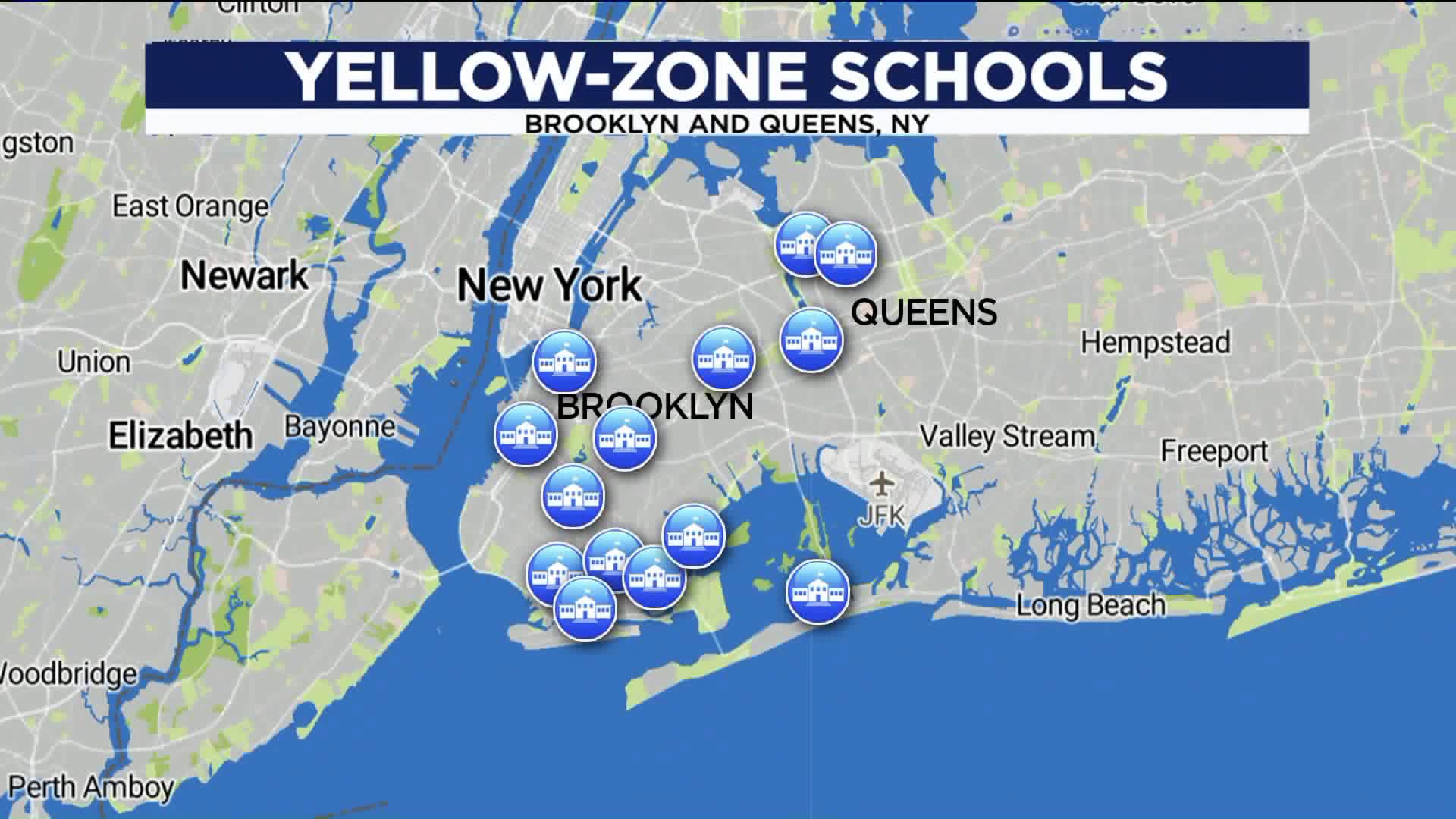 As the targeted COVID-19 shutdown begins so does confusion and frustration for the parents of public school students.

NEW YORK CITY — As the targeted COVID-19 shutdown begins, so does confusion and frustration for the parents of public school students.

State Sen. Andrew Gounardes rallied with parents and students outside PS 682 in Bensonhurst Thursday after they learned only hours earlier that their school was shutting down.

"There's no reason why these schools should remain closed. If these schools are in a safe zone they should be allowed to reopen safely," Gounardes said.

The school was originally slated for closure under Mayor de Blasio's zip code restrictions, but under the revised color coded system the school falls into the yellow zone so parents were expecting it to remain open. PS 682 is one of 16 schools that falls in a yellow zone that was still shutdown by the city despite no positive COVID-19 tests for students or teachers.

Adding further frustrations for teachers, Thursday the administration informed their union that teachers will not be receiving retroactive payments due for work rendered between 2009 and 2015 at the end of the month as scheduled.
The city sent a letter to UFT President Michael Mulgrew, saying that such a move would be fiscally irresponsible at this time, even though the money was supposed to be previously set aside.

"This money is money we have already earned, again from over 10 years ago and the city needs to make good on their obligation, which is to give us the money that we have earned," Mulgrew said.

The union will immediately take the city to arbitration on Friday.

All of this is happening as the officials increased pay and incentives to lure teachers and nurses to help fill a shortage caused by the pandemic. Many teachers say that could have been avoided if the city opted for remote learning from the start of the school year.