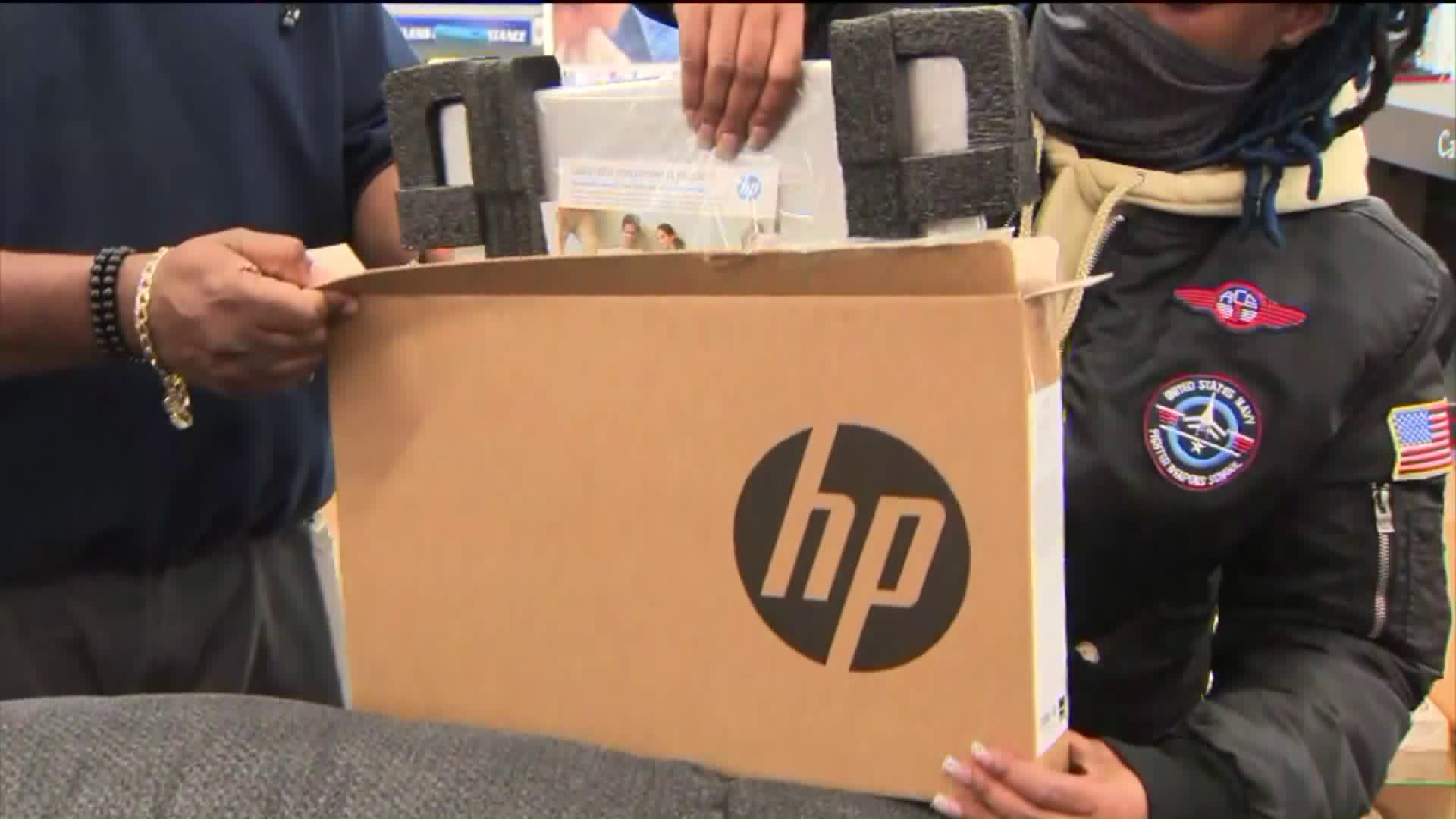 Thousands of kids don't have access to a device for remote learning. These moms are making a difference.

NEW YORK CITY — Remote learning has had its many challenges, but for tens of thousands of students, it's been impossible to even get going without a decide to get the work done.

Moms-turned-education advocates trying to help students with remote learning issues came together to bridge the digital divide Wednesday one student at a time.

They gave away 44 laptops in the midst of a pandemic, and they funded their giveaway through community fundraising.

Tanesha Grant and Pamela Stewart said they’ve heard the community's frustrations with remote learning and black and brown students are being left behind because of a lack of connectivity.

Meanwhile, up to 325,000 students want to return to the classroom at New York City public schools. A group of parents rallied outside Gracie Mansion chanting "open our schools" before the mayor left for his daily press briefing.

So far the mayor has only revealed rigorous testing will be involved with re-opening schools starting with a staggered approach, opening special needs schools and younger grades first.