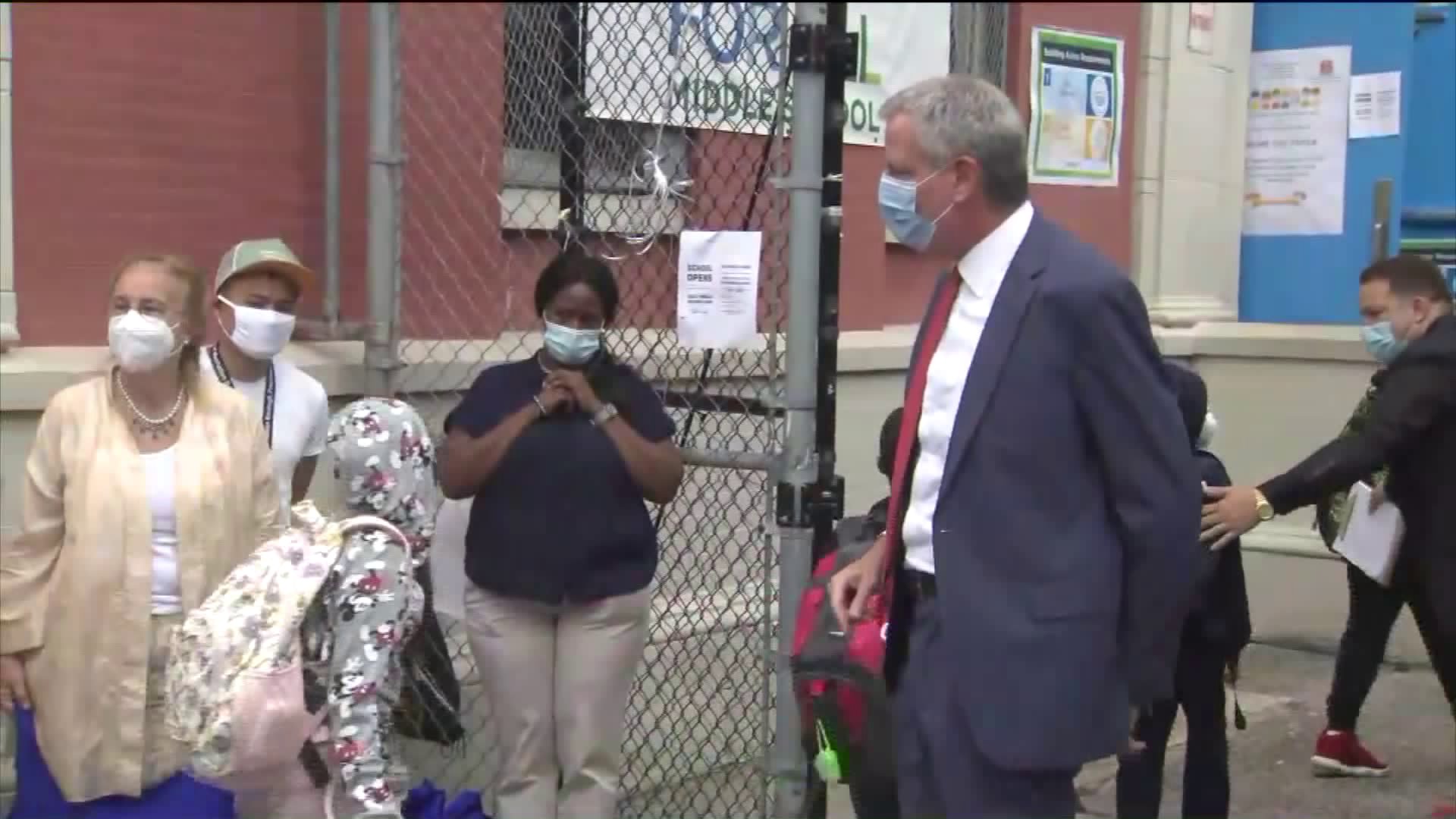 NEW YORK CITY — Elementary school students have gone back to classrooms across New York City in a high-stakes test for the nation’s biggest public school system.

Tuesday's reopening happened as the mayor warned that a recent rise in coronavirus cases was cause for concern.

Students and parents who opted for brick-and-mortar school greeted the twice-delayed date with enthusiasm, relief and some trepidation.

Families have the option of choosing all-remote learning, and nearly half have done so.

Other students chose to learn sometimes in classrooms and sometimes at home.

Mayor Bill de Blasio said it will take several weeks to work out the kinks, especially figuring out how many teachers are needed but critics say the mayor and department of education have had months to plan for these hurdles.

De Blasio and Schools Chancellor Richard Carranza were on hand to greet kids at one school, as well as trying to ease parents' concerns.

Remote learning remains a challenge which is why teachers at PS 15 have made it their mission to engage with kids virtually, as the majority of their students are fully remote.

Meanwhile, a handful of schools have students reporting to buildings for virtual lessons taught by a teacher online, not in a classroom, due to a staffing shortage.

"Students come to the school and they are doing some work virtually but there are adults there and they are receiving services and eating lunch there," said Carranza.

Mayor de Blasio would not reveal how many teachers have been hired thus far.

"When we have the final teaching roster we will add it up and give you the grand total," he said. "We are not going day-by-day because it is a moving number."

Staffing remains the biggest issue, according to Michael Mulgrew, head of UFT, as well as ventilation concerns when temperatures drop and the heating system turns on.

"If the Mayor would have listened in April and started planning with us in April, these issues would not have happened," Mulgrew said.

Carranza says the relationship between teachers unions and the DOE is cooperative but complicated.

"Its not always perfect," he said. "Brothers and sisters don’t always like each other but we respect each other."