When Occupy protesters disrupted event, what organizers did next may show the way for keeping the city safe 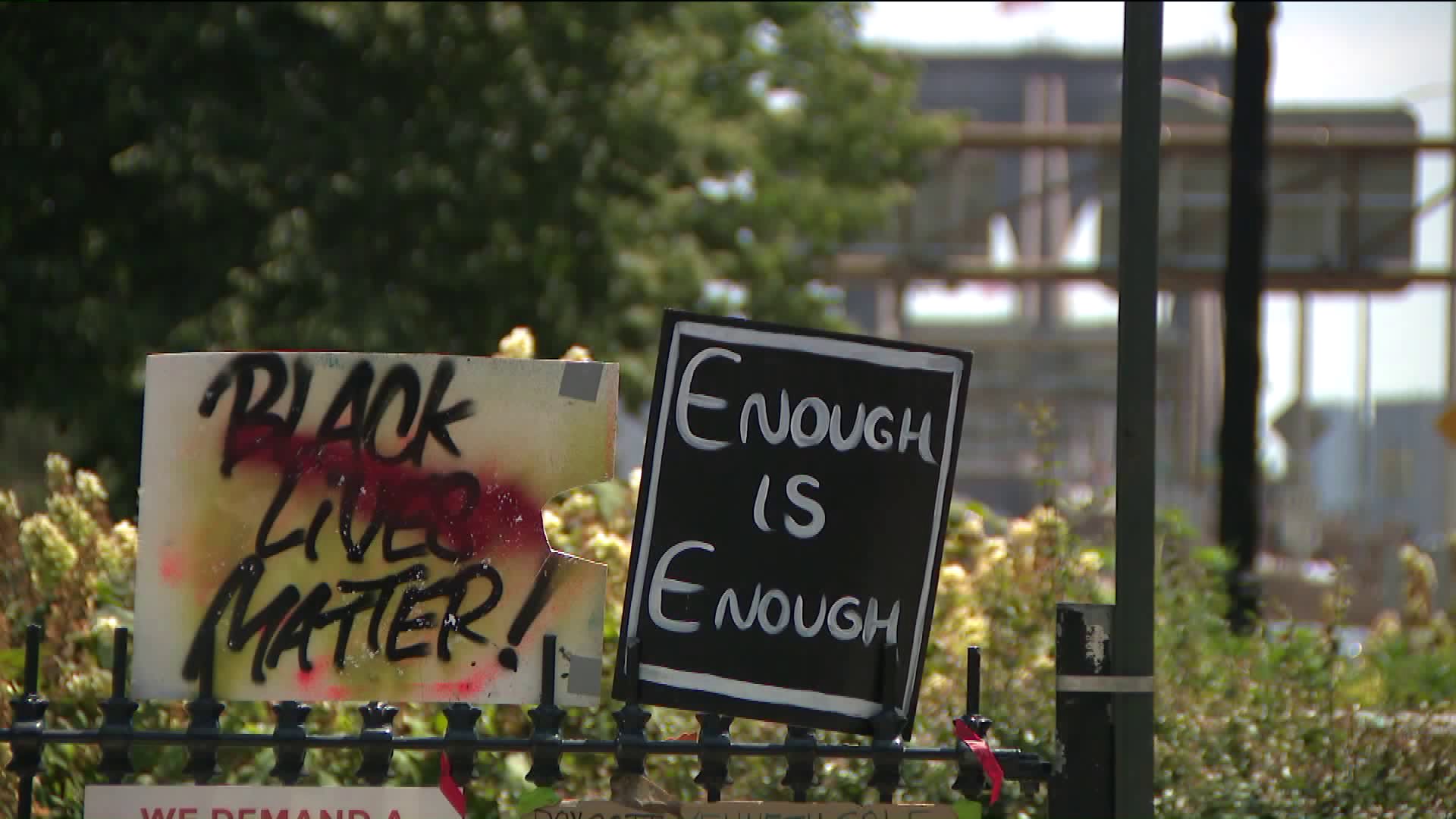 In the wake of a weekend during which dozens were shot and 10 were killed, a coalition of community groups with records of reducing deadly crimes called on the city not to reduce their funding.

LOWER MANHATTAN — In the wake of a weekend during which dozens were shot and 10 were killed, a coalition of community groups with records of reducing deadly crimes called on the city not to reduce their funding.

They did so at a late morning news conference Monday that got disrupted very vocally by protesters with the Occupy City Hall movement. What happened next could indicate what needs to be done to help ensure that protesters, community groups and police can work together to keep the city safe.

"These are our children," Bowman said, talking about who violence affects. "And when I say 'our,' I mean all of us," Bowman declared.

However, about a minute after Bowman began speaking, shouting emerged from about 20 feet away.

"You don't speak for us!" said a man, who'd walked across Centre Street from City Hall, where he was part of a group of a few dozen people, who call themselves Occupy City Hall, who are camped out there.

Shemane Lasker led the Occupy group, and spoke before the cameras.

"We take care of us," he exclaimed. "Nobody takes care of us but us."

He'd been referring to how self-sustaining the Occupy encampment is, but his statement also echoed those of the community groups assembled at the news conference in front of the David Dinkins Municipal Building.

The community activists pointed out that they work with people in neighborhoods -- and sometimes with police -- to prevent violence.

K. Bain, the executive director of Community Capacity Development, said that clear proof of his organization's effectiveness is that in places such as the Queensbridge Houses, where he and his fellow activists engage with residents, this past weekend was problem-free.

"In the largest housing development in the nation, and arguably the world," Bain said, "we did not see violence."

"We know the people we need to check and put in place," he continued, "and we work to keep our communities safe."

In order to do that, he said, his group communicates with police sometimes.

That fact, said Alfred Titus, a professor at John Jay College of Criminal Justice, is key.

"That is the answer," Titus said in an interview via Zoom. "We need all parties to come to the table."

Titus is a former NYPD homicide detective who now leads seminars with both community organizations and police on how to interact with each other. Titus praised the community leaders for their willingness to be open with police.

Because that openness has been effective in reducing crime in New York City in recent years, Titus said, the community groups' city funding should not be reduced.

"Maybe we have to go higher than local and state government," he told PIX11 News, "and maybe go higher, and go federal."

His suggestion was reminiscent of what Gov. Andrew Cuomo and Mayor Bill de Blasio have been saying for months now.

Williams said that he was there because the first step to reducing violence is hearing from everyone involved.

"You won't always have all the answers," he said, "but you won't get them if you don't listen."