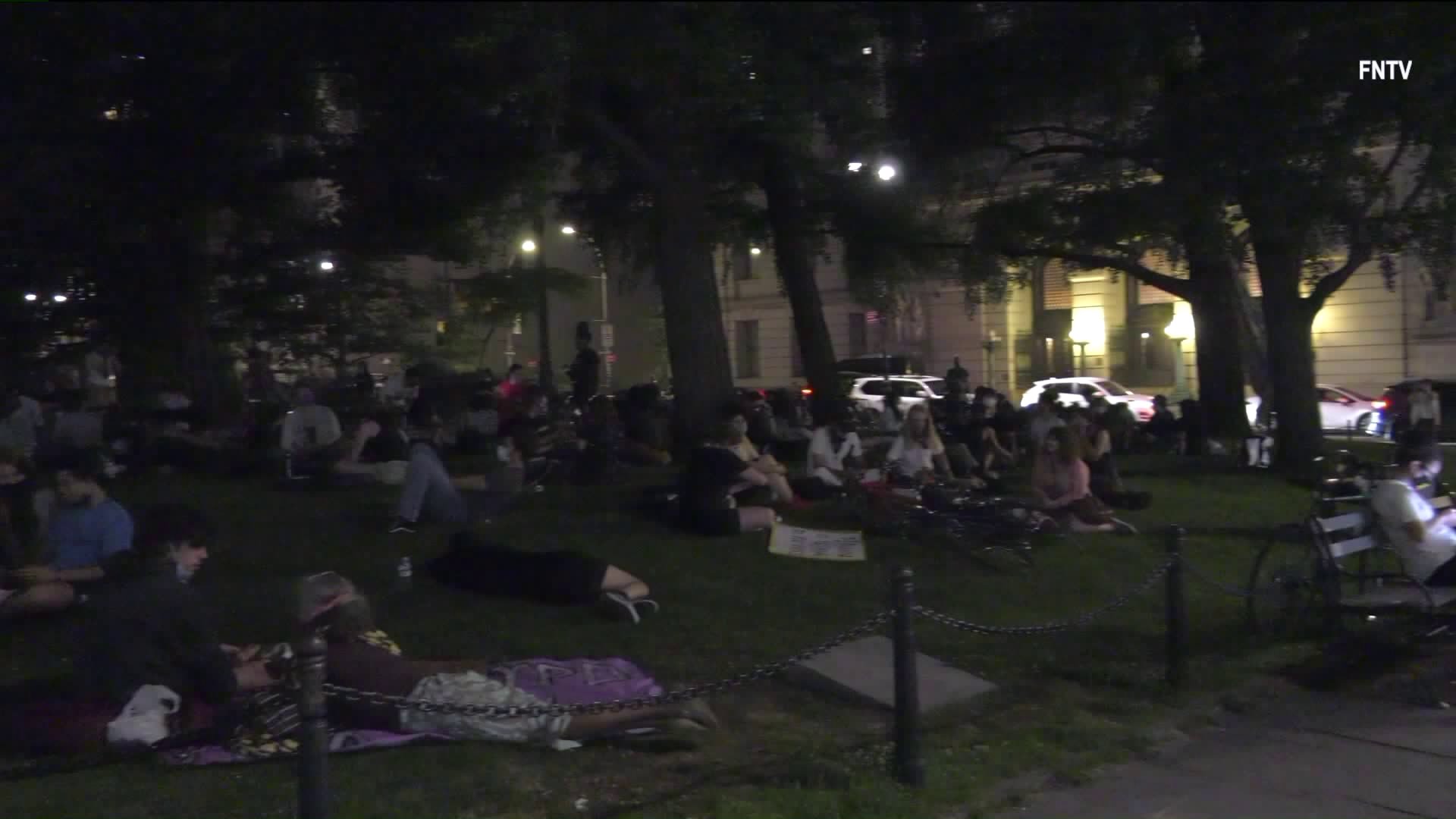 A group of protesters began occupying an area outside New York City Hall Tuesday night amid continued calls to "defund the police." For weeks the group has been demonstrating peacefully in an effort to shift $1 billion away from the NYPD and reinvest it into the five boroughs.

The group has been demonstrating peacefully through the city for weeks in an effort to get Mayor Bill de Blasio and the City Council to shift $1 billion away from the NYPD and reinvest it into communities across the five boroughs.

The demonstrators started assembling by City Hall around 5 p.m. Tuesday and said they'll camp out as long as it takes, with the city's budget due next Tuesday, June 30.

"We came to City Hall because City Hall is the center of democracy in New York City," protester Jawanza Williams said. "If we engage in an occupation like Occupy Wall Street, they can't ignore us, our bodies in this space."

The mayor and Police Commissioner Dermot Shea have said the $`1 billion figure is too high, especially at a time when crime has spiked in the city.

While de Blasio is in support of shifting resources, he told PIX11 Tuesday morning that a recent spike in crime, including shootings up 300%, is concerning and shows that we still need the NYPD.

A new report from the NYC health commissioner revealed the city had been far under-reporting deaths of civilians at the hands of police between 2010 and 2015.

According to the report, during that time the city claimed 46 people had died, when new numbers show it was actually 105 people, including 11 people of color who were unarmed at the time. None were white, the report said.

I love my people! So many inspirational singers and poets have turned tonight into an open mic experience.

#DefundThePolice #OccupyCityHall 6 days and 1 hour left for @NYCMayor @NYCCouncil @NYCSpeakerCoJo to divest $1B from cops and invest $1B in Black and Brown communities! pic.twitter.com/5tNVI1miCS