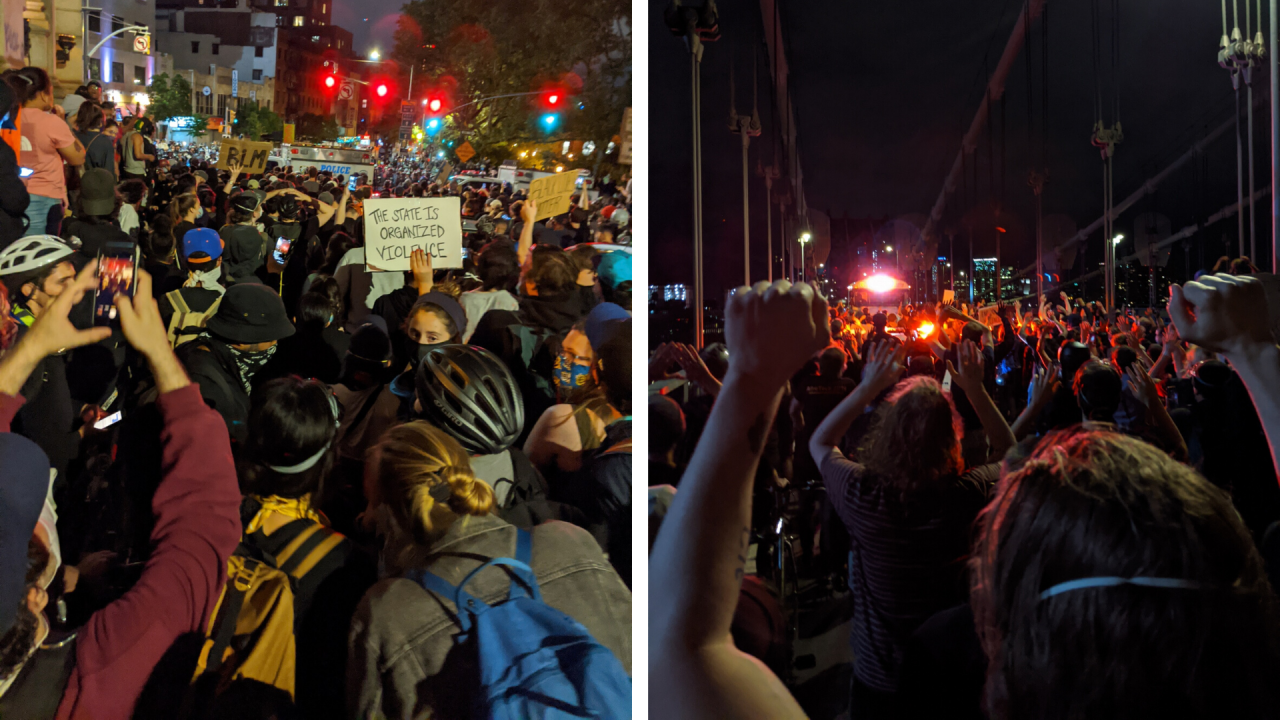 Peaceful protesters were stuck on the Manhattan Bridge for more than an hour in a standoff with police, who had blocked them from exiting in Manhattan (Photos: Joey Cosco). 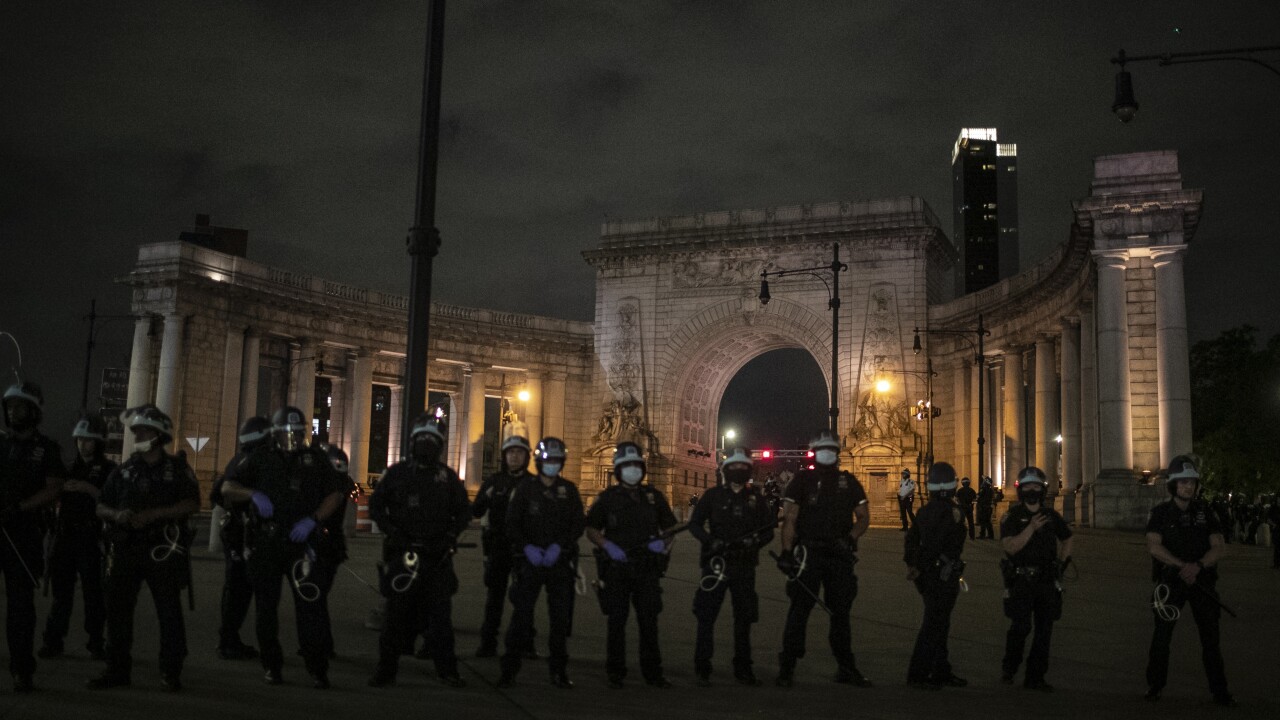 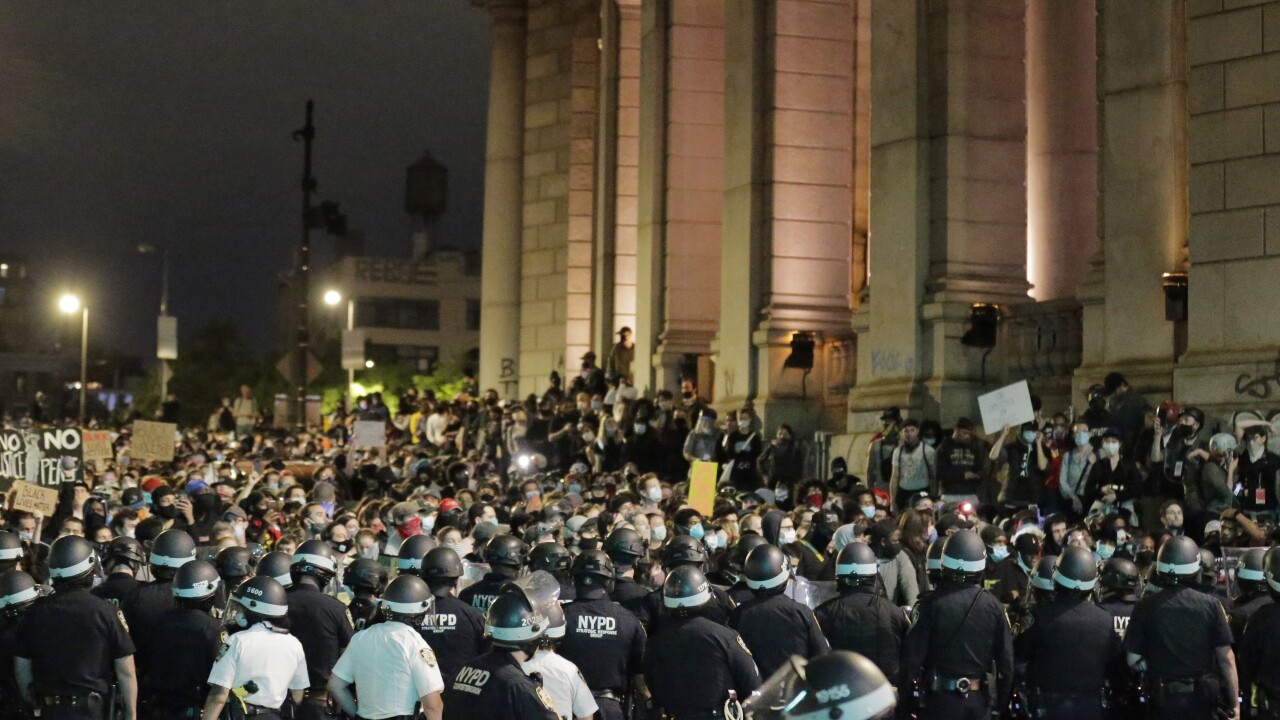 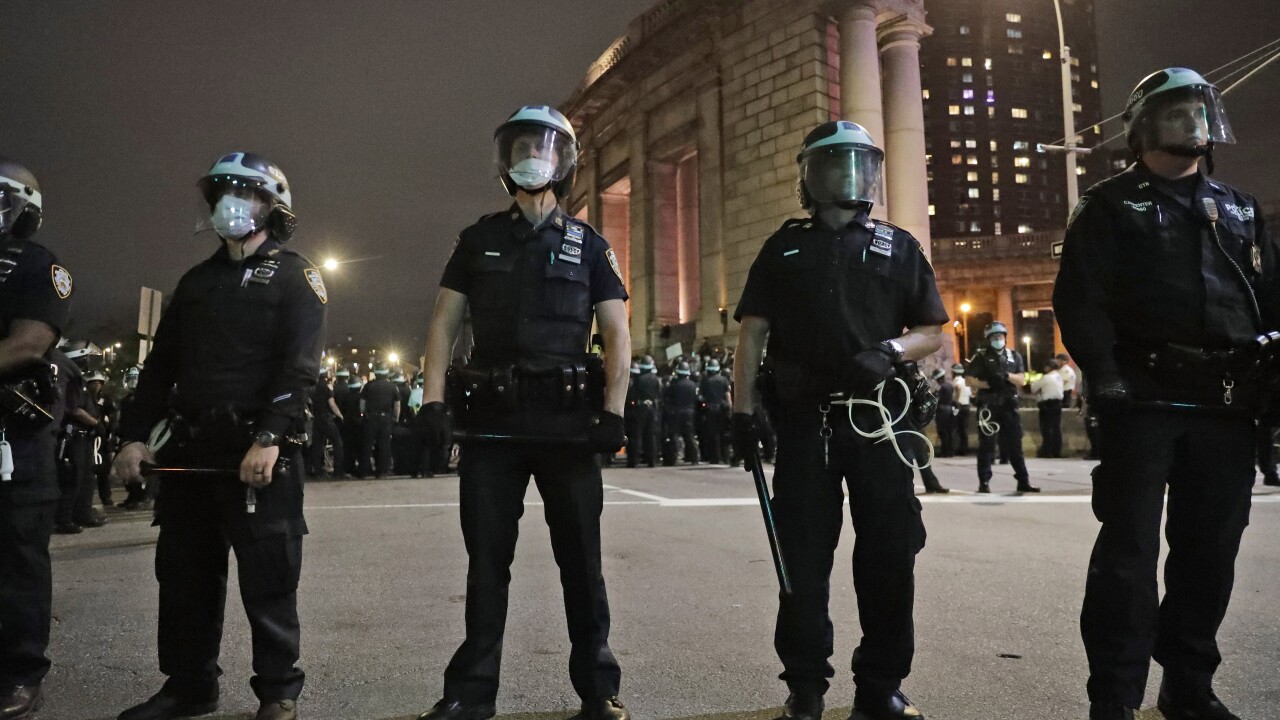 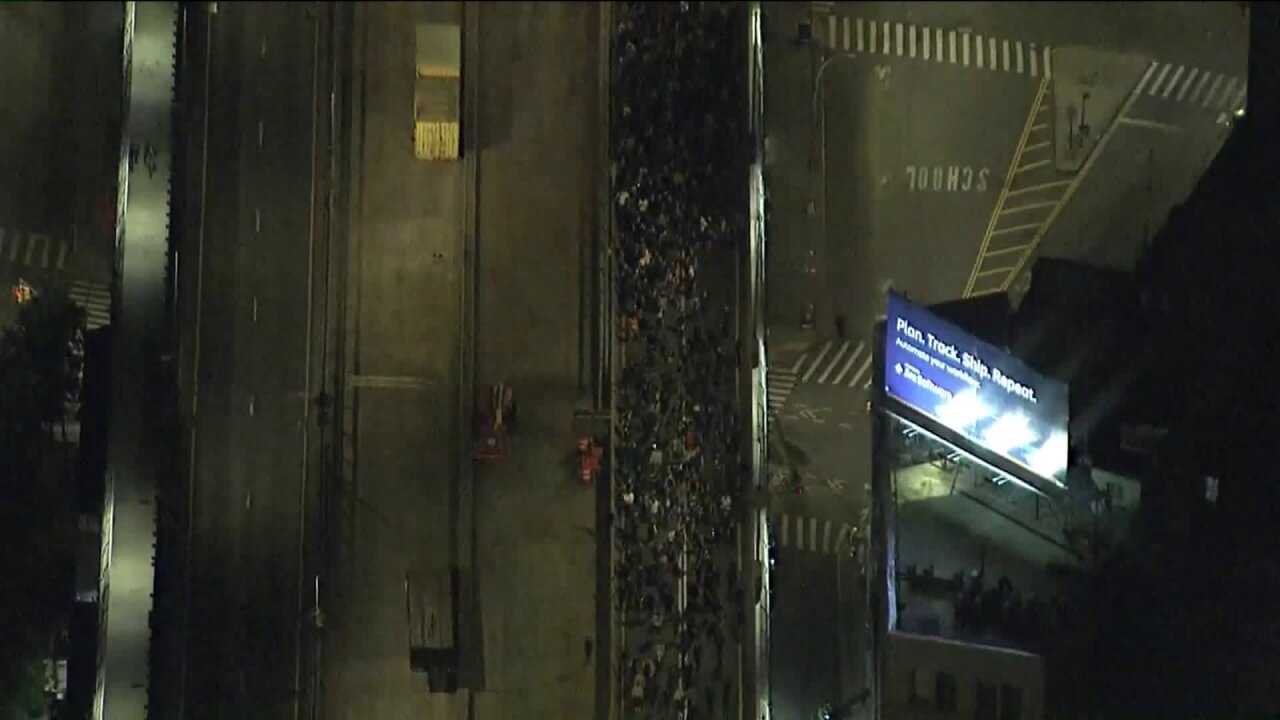 NEW YORK CITY — A march turned into a standoff between peaceful protesters and police at the Manhattan Bridge between Brooklyn and Manhattan Tuesday night.

The crowd of demonstrators peacefully marching from Brooklyn to Manhattan, taking to the Manhattan Bridge after the city's 8 p.m. curfew, were stopped from entering the island by police barricading the bridge at its exit, according to reports.

According to social media reports, protesters became "stuck" on the bridge, with blockades on both sides.

As the night went on, video from AIR11 the large group of peaceful protesters begin to cross the bridge back toward Brooklyn.

Video showed many protesters exiting the bridge in Brooklyn at around 11 p.m.