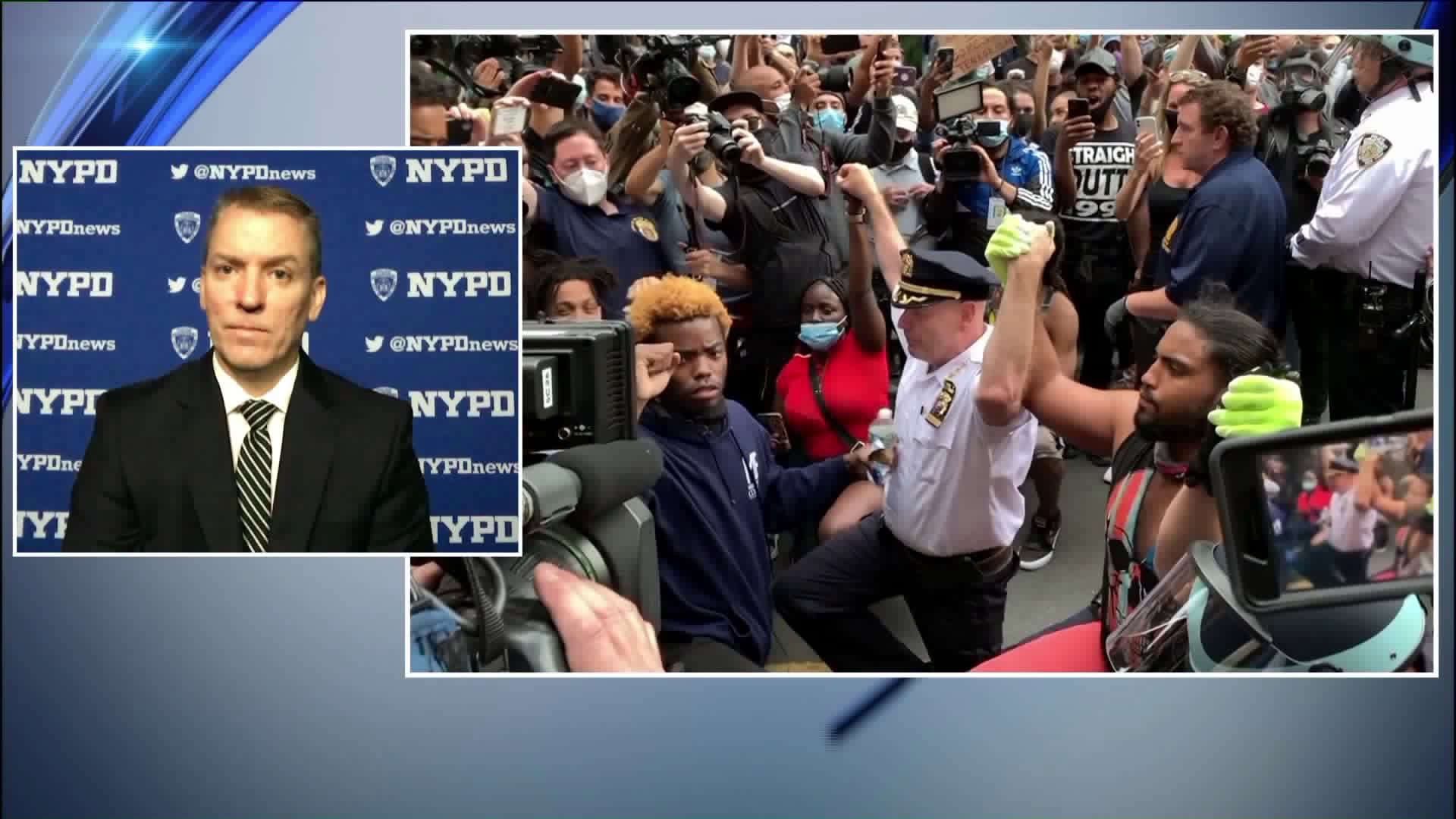 As protests continue throughout New York City, the NYPD has been under fire for various acts of aggression while policing these demonstrations.

NEW YORK — As protests continue throughout New York City, the NYPD has been under fire for various acts of aggression while policing these demonstrations.

NYPD Commissioner Dermot Shea spoke to PIX11 Morning News about police reforms, how cops handled the recent protests and what the "defund the police" movement means for the force.

The NYPD encourages people to protest and the force is “constantly assessing what’s going on in the ground,” Shea said. Most protests have been managed and are peaceful, he added.

Shea emphasized that the majority of officers have done a good job in policing, but he knows others won’t agree with him, noting that there were “some instances where officers performed in a matter” that they don’t accept.

Regarding the repeal of 50-a law, which protects police personnel records from being released publicly, Shea said “overwhelmingly” the bill has been supported, and he thinks there are a number of bills at the city council and state level that need to be looked at. “We have to hear the public.”

“We have to move forward together,” the police commissioner said. “I support reform.”

Shea reiterated the goal of the NYPD is to protect everyone in NYC, “all of them.”

As for calls to defund the police, Shea said he is committed “to tightening the belt of NYPD” to support youth funds.