Nonprofit offers tips to demonstrators on protecting themselves from protest surveillance

Tips on protecting yourself from protest surveillance 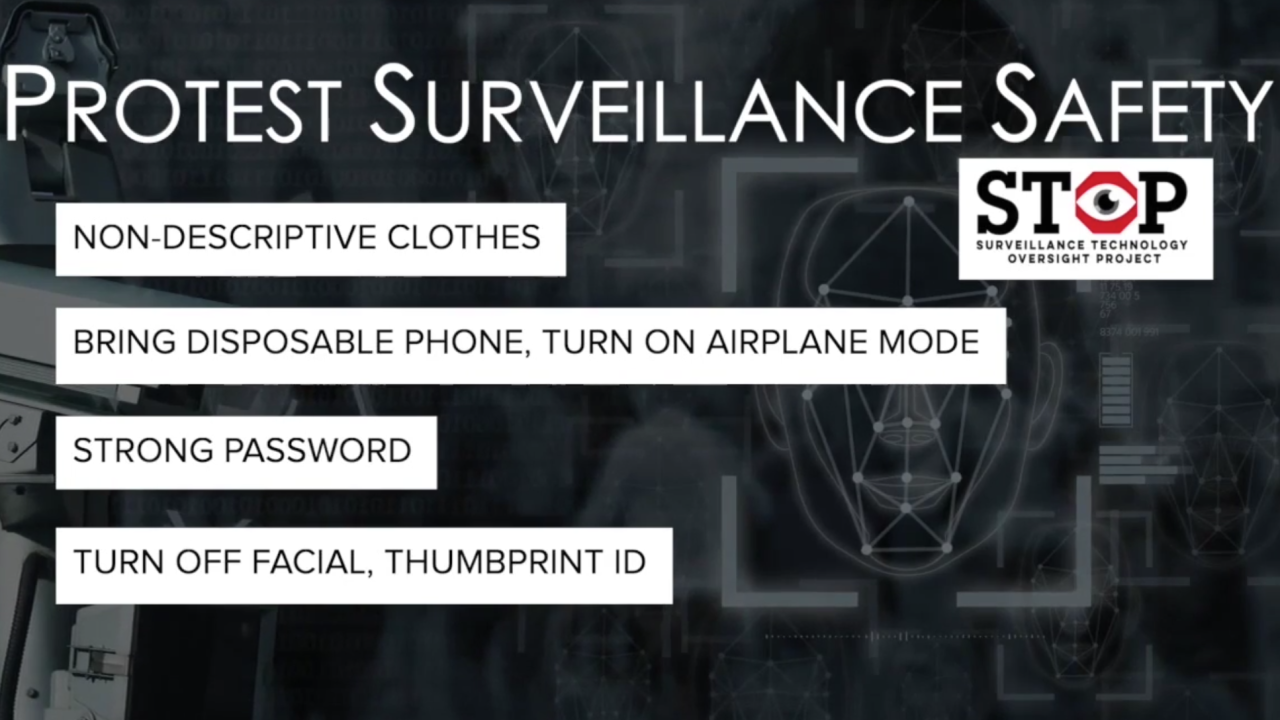 Members of Congress are pushing federal agencies, including the FBI, to stop collecting information on protesters.

Photos and videos at protests are being collected by all sorts of agencies and protesters. Some have been used to identify and arrest suspects in violent acts, including looting, arson and the death of a former St. Louis police captain.

One organization is warning participants about the information they may be sharing with police.

“All too often, the information we're using to highlight these demonstrations, the photos, the videos, that becomes just another weapon for police to use against those demonstrators,” said Albert Fox Cahn with the Surveillance Technology Oversight Project.

The nonprofit recently put out a guide about how to protect yourself from protest surveillance, suggesting people not wear descriptive clothing and cover visible tattoos, things that are easily identifiable on video.

Also, they recommend using a disposable prepaid phone or turn off location services on your phone by switching to airplane mode. And they say to use strong phone passwords and turning off facial and thumbprint recognition to make it harder to get into a phone.

-Be aware of cell phone safety
-Know the facts around transportation surveillance
-Decide in advance what to bring/wear, and what not to
-Use your best judgment regarding the right to record pic.twitter.com/zOP2KQ6JzV

The group is suing New York City police to find out what they're doing with information they collect from people's cell phones.

They've also introduced the first ever geofence ban in the country in New York. That's when police use a warrant to get names and IDs of all the people in a specific area.

“It gives you an incredibly powerful way to chill First Amendment activity to track people simply because they are out in public supporting police reform,” said Cahn.

Google reports getting thousands of geofence warrants every year.

Meanwhile, some changes to body camera policies are happening now amid calls for police reform, but the group warns even they can be biased.