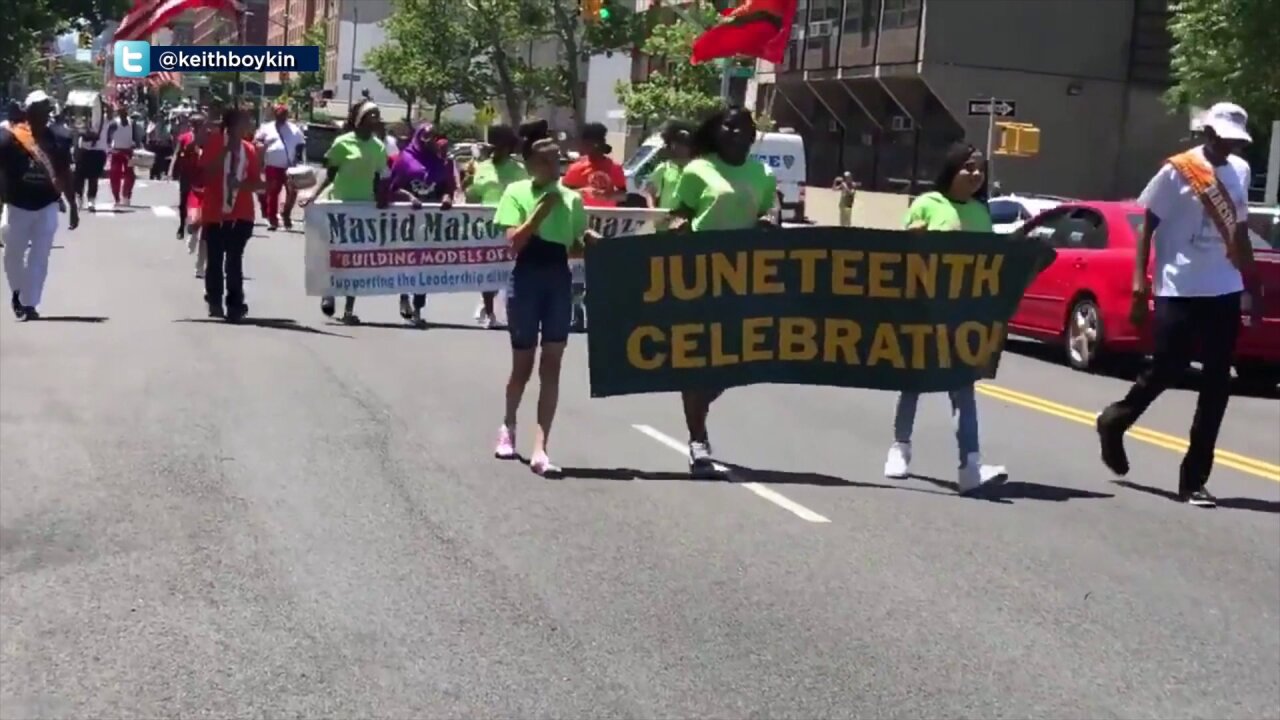 Juneteenth, celebrated on June 19, commemorates the emancipation of slaves in the United States in 1865.

Gov. Andrew Cuomo said he will propose legislation next year to make it a permanent state holiday.

Cuomo called it “a day we should all reflect upon” and “a day that is especially relevant in this moment in history.”

Texas was the first state to make Juneteenth a state holiday, in 1980.

When asked why it took so long for Juneteenth to be recognized as a holiday in New York, the governor said we “live and learn” and that society progresses.

“Hopefully we change for the better,” he added.

“The diversity of our city must be reflected in the diversity of our officially recognized holidays. In recent years, New York City has rightfully recognized Lunar New Year, Eid al-Adha, and Eid al-Fitr as new holidays on the City calendar and, in light of the recent groundswell of response to the centuries-old inequality, disparity, and inhumanity that has been endured by Black and Brown people in this country, the time is long past due for this City to formally acknowledge and commemorate the more than 400 years of servitude rendered and the rich cultural traditions contributed by its African-American citizens,” he said in the letter.

I recently sent @NYCMayor a letter calling for #NYC to establish #Juneteenth as an official city holiday.@NYGovCuomo already made Juneteenth a state employees holiday this year — the City shouldn’t wait.#BlackLivesMatter #BLM #BlackLivesMatterNYC pic.twitter.com/AVFs7s32zz

The announcement comes following nationwide calls for justice and equality in the wake of the killing of several Black people in recent months, George Floyd, Breonna Taylor and Ahmaud Arbery.